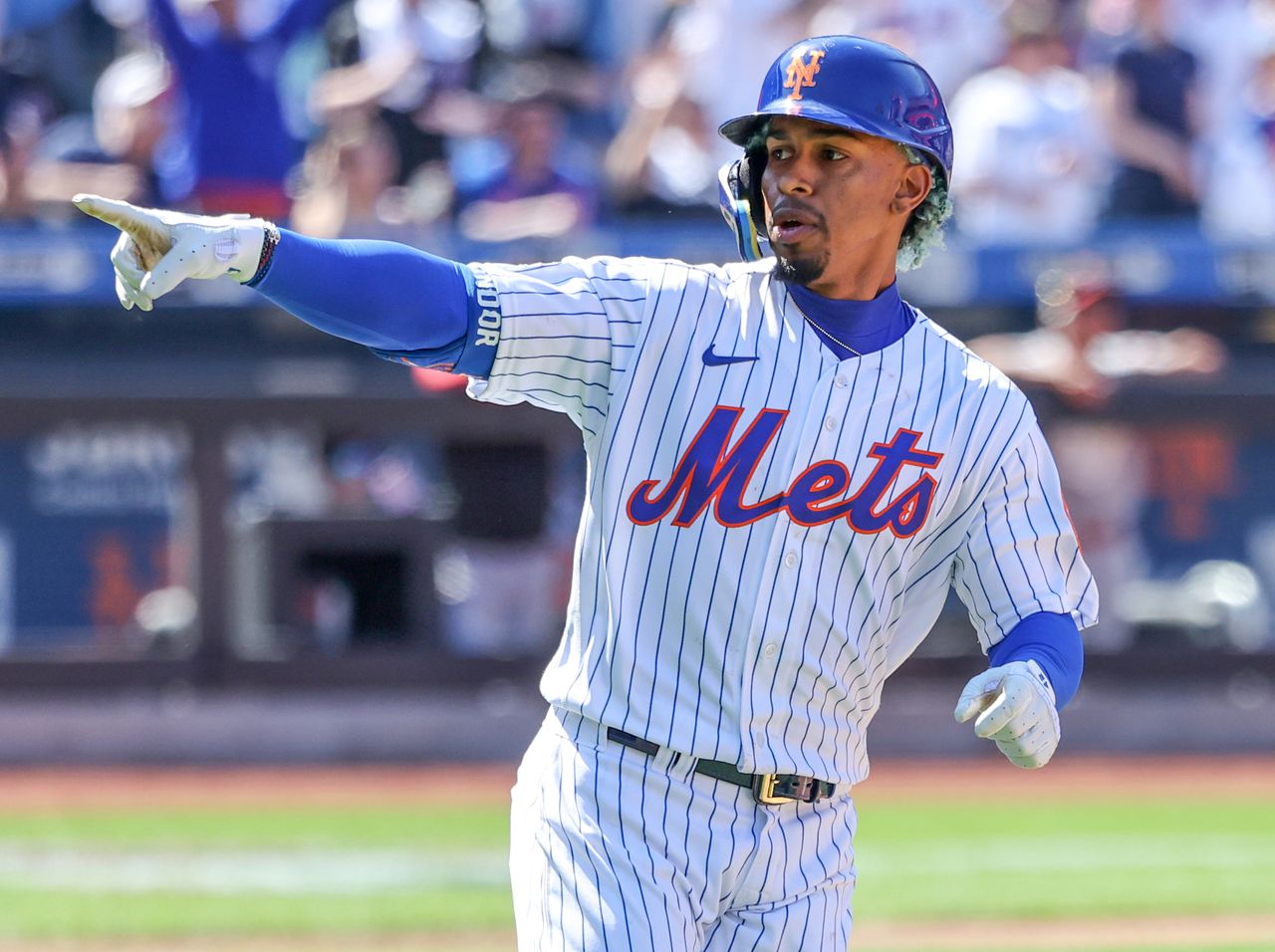 With best record in MLB, Mets send message to National League (and Yankees too) | Klapisch

NEW YORK – The day started with thousands of fans dressed in hats and blue jerseys closing in to catch a glimpse of the statue of Tom Seaver outside Citi Field. There were cops and firefighters, old people and teenagers and young children — and former Gov. Chris Christie — all in glorious sunshine. The clouds dared not show themselves. Not on this perfect day to remember Tom Terrific.

It wasn’t exactly Woodstock, but the vibe was unlike anything Flushing had experienced in decades. In other words: when was the last time a Mets owner got cheers from their own ticket buyers?

Steve Cohen’s introduction to the pre-game ceremony sparked a standing ovation that would have seemed impossible in Wilpon’s day. But not Friday morning, when decades of disappointment and cynicism in Flushing were swept aside for a fresh start.

It’s no exaggeration to say that something different is happening in Queens. At 6-2, the Mets have the best major league record, they have a real manager in Buck Showalter, and it’s all backed by real money in Cohen.

And just to get the word out about the end of the Dark Ages, the Mets destroyed the Diamondbacks, 10-1, on Jackie Robinson Day, who turned the home opener into a cheering rally in outdoors for four hours. The mood in the stadium was so optimistic that Ron Darling was moved to say: “I have not felt the common love of the fans for their team, their owner and themselves in my 17 years as Streamer.

“Proud, in every sense of the word, is how I felt (Friday) afternoon.”

Meanwhile, the Yankees, at 4-4, have the same issues with a roster that can’t hit into the clutch and can’t beat the horrid Orioles, and an erratic closer can’t throw strikes.

This season, could the metropolis finally belong to the Mets?

The only pity is that Seaver wasn’t there to witness the revival. If the Mets are guilty of anything, it’s their inexplicable delay in honoring the big right-hander. The statue, haunting in its power and grandeur, should have been dedicated long before Seaver passed away in 2020.

In fact, Seaver deserved to know the love of fans before his health began to decline in 2012. The franchise was diagnosed with Lyme disease in the early 90s, which resulted in Bell’s paralysis and a loss. of acute memory afterwards.

Doctors said that in the end, Seaver suffered from Lewy body dementia, the same disease that beset Robin Williams and which could have led to his suicide. It’s a particularly cruel affliction for someone as intelligent and witty as Seaver. Seeing the pose of the statue reminded fans of what it meant to root for the Mets in the ’60s and ’70s, when Seaver’s signature delivery was on display every five days at Shea.

Designer William Behrends captured Seaver’s long stride, right knee scraping the ground, left knee coiled like a spring, the ball waiting to explode from his right hand. Seaver’s wife, Nancy, looked at the replica and said through her tears, “Hello, Tom. It’s so nice to see you here, where you belong.

I was too young to cover Seaver in his prime, but I caught him in the end as my own career was beginning. It was 1983, my first spring training. I had just graduated from Columbia and quickly learned that freshman reporters are the easiest to spot.

Aaron Judge asks to play, but doesn’t get what he wants

These are the ones who don’t ask questions (too worried that the questions will look stupid), the ones who miss deadlines (don’t know what to write), and the ones who get beat up on too many stories (no sources in the club- house).

So there I was, standing alone in the Mets clubhouse in the old St. Petersburg complex, distraught and confused. Seaver came out of the coaching room, walked past me, and without saying a word snatched the newspaper I had just read from my hands.

Seaver crossed the room to his locker, where he sat down and flipped through the sports pages.

I couldn’t believe Seaver’s audacity. I had grown up idolizing The Franchise, not knowing how dismissive it was of young journalists. At that point, I had two choices: do nothing, let Seaver win, even if it meant allowing him to tell his teammates that he had humiliated the New York Post recruit.

Or maybe Seaver wouldn’t tell anyone, keeping the incident our dirty little secret. I couldn’t take that risk.

I chose door #2, which was to take a deep breath, follow the path to Seaver’s locker, and remove the paper from his hands. I sat down next to him without saying a word. I didn’t even watch Seaver. I just kept reading the local hoops scores.

None of us said a word. An awful silence hung in the air.

“Well done,” Seaver said finally, getting up and walking away.

It’s still the best journalism lesson I’ve ever learned: never back down.

I invoke this lesson because I feel the same ferocity from the Mets this year. Granted, it’s early days and they’re currently hosting one of the worst teams in the National League this weekend. But there’s a part of Seaver’s take on Showalter, which, in turn, takes away the loser stench of the franchise.

Even shortstop Francisco Lindor, who looked particularly miserable last year, seems full of energy. He hit two home runs on Friday and received a standing ovation from the fans. And to think that barely a year ago, those same loyalists were booing Lindor of Flushing.

Today, he calls the fans, “one of the biggest fanbases out there”, adding, “that’s what it means to have home-court advantage.”

Like Lindor, the Mets take a full 180, which shows the pendulum still flips the other way. It’s just in time for next week’s real test – a four-game series with the Giants that begins Monday. But for now, the mood in Flushing is decidedly optimistic. If it’s not Woodstock, it’s awfully close.

Somehow, somewhere, The Franchise is celebrating with a big cigar. He must like it.

Bob Klapisch can be reached at bklapisch@njadvancemedia.com.