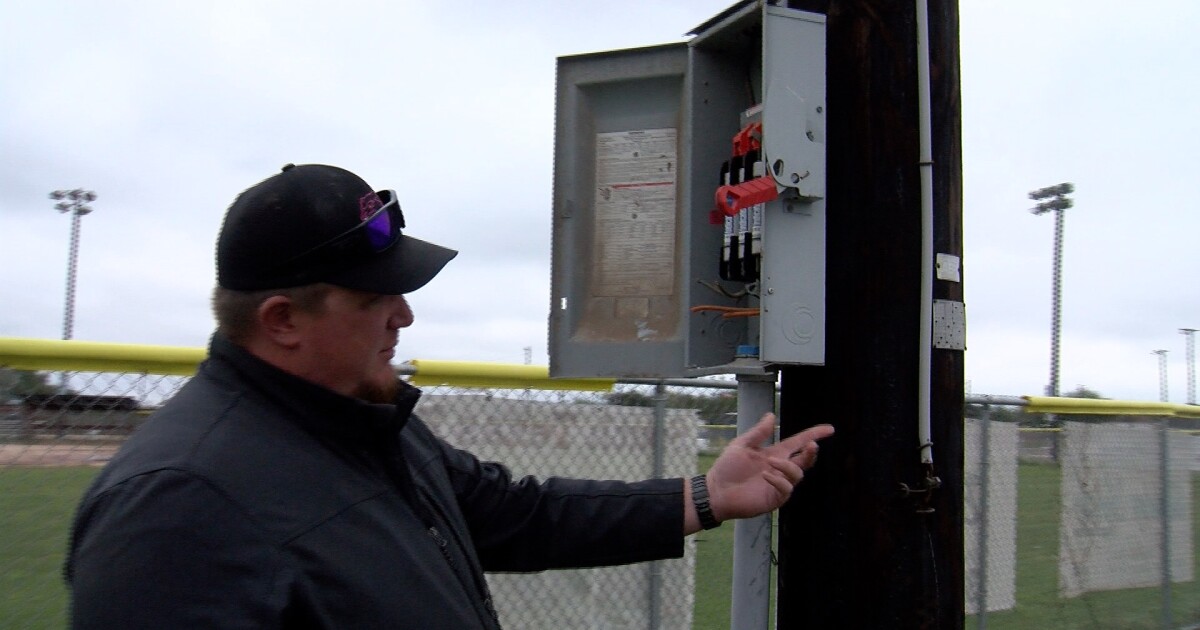 CORPUS CHRISTI, Texas — The little league oil belt just had a terrific season when their the junior league team was named national champion.

As the ball players prepare for another great season, training for some has come to a halt after a court was vandalized.

“It’s definitely one of those things you love, so why is it happening? Why do people do things like this?” said Oil Belt Little League Board Member Kathy Rogers and Co-Chair of Fundraising and Publicity.

Athletes took to the fields to stay in shape and prepare for their upcoming season. When they showed up for practice on Thursday and the lights wouldn’t come on, they were puzzled.

AEP came to the field the next day and found that the lines were cut and the copper wire had been stolen from the softball field lights.

Although there are several baseball fields, this was the only field that was vandalized. Except for the Oil Belt neighbors, the lighting at Northwest Corpus Christi Little Miss Kickball Fields was also vandalized.

“Well, it definitely impacts the whole league,” said Jake Martini, field maintenance coordinator for the Oil Belt Little League. “It’s sad. It just irritates you because it’s all based on helping the community.

“It was right in the middle of us that we started doing the right things and making the right move,” Rogers said. “One step forward, two steps forward and it’s like, oh here comes a reversal.”

The Oil Belt Little League is a non-profit organization and relies on fundraising and community support to get by.

Luckily for them, they get support from Rodney Eulenfeld with Xtreme Electric. He promised to go out and fix the streetlights at no cost to the league.

“Certainly grateful because it allows us to continue to improve the ballpark in other ways that we need,” Martini said.

One of those ways they looked forward to fixing up the park was to build shade structures over the bleachers. While they can still do this and don’t have to reallocate any money, safety will have to come first.

“We’re in talks right now to get cameras out here,” Rogers said. “We have phone calls to AEP to possibly get more security lights here in a few different areas.”

Rain has delayed repairs to the lights, but hopefully everything will be up and running this week.

Martini said it was the first time the lighting had been vandalized, but he remembers copper wiring being stolen on several occasions in the past.

If you would like to help the Oil Belt Little League, you can check out their facebook page for fundraisers and ways to donate.

Rogers added that they could organize a community day to help clean up the park if you’d rather volunteer your time.