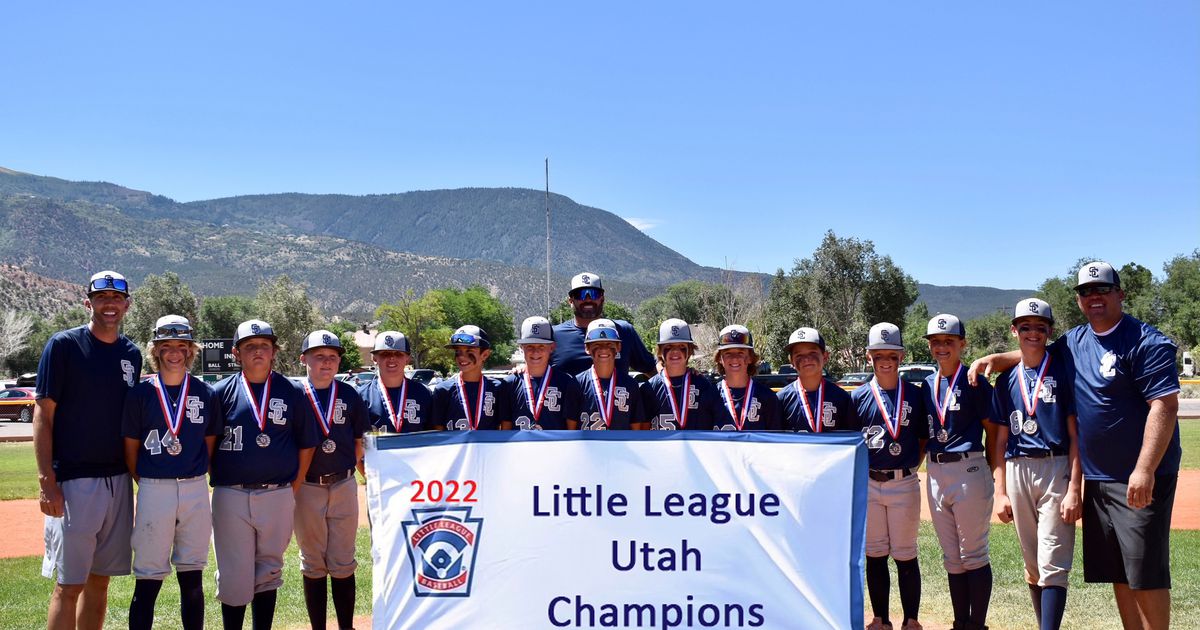 The Allstars won 7-3 in the Mountain Region Championship game.

(Mark Ence) The Snow Canyon Little League Allstars pose for a photo after vying for the state championship earlier this year.

There had never been a team from Utah that had played in the Little League World Series.

The Snow Canyon Little League team became the first from Beehive State to qualify for the tournament after winning the Mountain Regional Championship game. The Allstars beat Nevada 7-3 thanks to a stellar performance from Kolby Lamoreaux, who hit five runs.

Snow Canyon scored two runs late in the first and took a 2-0 lead, but Nevada came right back on their next at-bat and tied the game.

Lamoreaux, nicknamed “Chops,” hit a three-run homer late in the third inning for a 5-2 lead. The Allstars increased the lead to 7-2 in the next end.

Snow Canyon, of Santa Clara, used a dramatic win over Nevada last week to advance to the championship game.

Fans took to Twitter to congratulate the team, including personalities from across Utah.

Shout out to Snow Canyon Little League for your participation in the Little League World Series! Our team didn’t even win a game at regionals and you won it. Good job boys! We’ll be watching you in Williamsport! #LLWS #Snowcanyonlittleleague

Can anyone know how we can support the Santa Clara Snow Canyon LLWS team?

Can we buy their equipment? Hats? Shirts?

Does anyone know someone who knows someone?

I love this guys!

Teams and fans across the state have voiced their support for the Little League team since Tuesday’s win. Some sent cheering videos to the team. Others took to social media, the most recent of which was Utah Jazz from their official Twitter account.

Others also took to social media in the hours leading up to the game.

About two hours before the game, Governor Spencer Cox added his thoughts and encouragement.