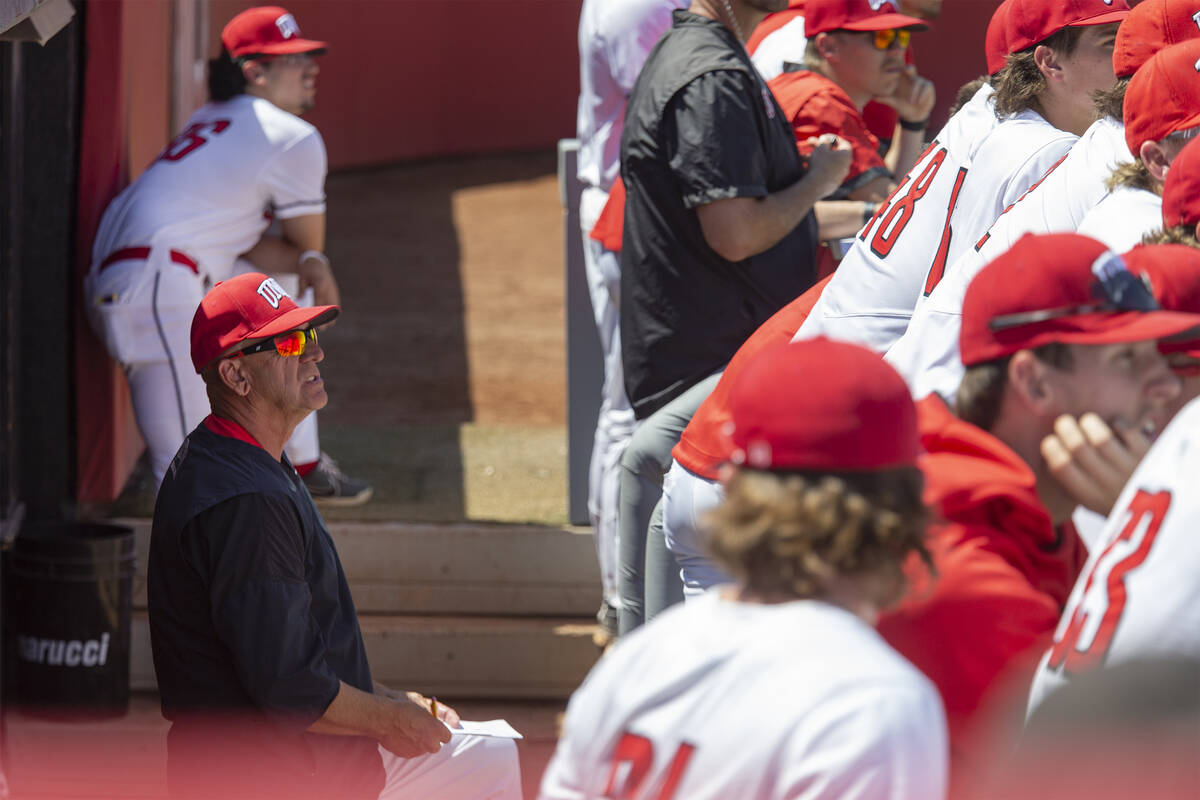 Stan Stolte would rather wait a month to assess where his latest UNLV baseball team compares to those of the past.

He just knows how much he wants to win.

It’s a chore. So when a weekend like the previous one happens, it’s best to keep things in perspective. The rebels had won 11 of 12 before the UNR struck the town and, well, struck.

The Wolf Pack won two of three games in the series – two games with extra innings – which saw the teams combine for 68 runs. Bats were swung and pitches smashed by two of the top hitting teams nationally.

The hardest: UNLV (21-11, 12-3 Mountain West), which remained alone in first place after Sunday’s 9-8 victory in 10 innings, entered the weekend with the second best RPI of the conference. It is now in the 108 range.

Which means the conference again appears to be a one-bid NCAA tournament league.

Which means winning the conference tournament is probably the only path to a region.

It’s not okay. Winning a league that spans 30 games should mean something. This is simply not the case. Not when you call Mountain West home. Not most years.

“This is probably the best all-around team we’ve had since I’ve been here,” said UNLV junior infielder Edarian Williams, a former Rancho High standout, after a 22-13 loss to the Wolf Pack on Saturday. “Losing (the top two to UNR) sucks, but that’s part of it. We have to fight and go through adversity. That’s what good teams do.

He then substantiated his remarks. Williams hit a two-out, three-run homer in the ninth to force extra innings on Sunday.

Listen. At some point, you have to pitch. It may sound like non-Power Five basketball teams looking for a dominant big man. There are so many available, and those who are polite usually choose major programs.

But while most pitchers at the Mountain West level need to be developed over time, Stolte and his staff have done much better than the rest. In fact, Stolte has guided 36 pitchers to team recognition from all conferences. Nine of the last 11 were drafted by MLB teams.

Here’s something that hasn’t changed at UNLV either: The Anthony and Lyndy Marnell III Pavilion continues to pay dividends. Because in the long-established arms race that is collegiate athletics, a two-story complex that has 10,000 square feet with things like indoor batting cages and a weight room and academy areas and a locker room teamwork has a way of getting a rookie’s attention.

“Before, we had nothing,” Stolte said. “Now nobody will come here because of our clubhouse.”

And they are happening, locally and otherwise.

You’re not going to win at UNLV without having some basic level of recruiting in Southern California, where there are more talented players than grains of sand. The Rebels are listing 14 players from Golden State. They list 14 from Las Vegas and 15 in total from Nevada. It’s the right balance.

If applicable under Stolte, this team could ultimately be compared to that of 2018, when the Rebels won 35 games and were ranked 19th nationally. They were 11-1 and 20-3 at different times. Finished second in conference tournament. Did not do regional. Yeah. Life in the mountain west.

“We’re going to have to defend and throw well out of the bullpen,” said Stolte, who was named full-time coach in 2016. “We’ve got guys who do that – we just have to be more consistent. It’s an offensive league. Everybody hits and scores, and a lot of parks are better at offense, so it’s a double whammy.

Give him a month and then he can assess things properly.

What we do know: His team wants to win as much as anything he’s had.

Ed Graney is a Sigma Delta Chi Award winner for sports writing and can be contacted at egraney@reviewjournal.com. He can be heard on “The Press Box,” ESPN Radio 100.9 FM and 1100 AM, 7-10 a.m. Monday through Friday. To follow @edgraney on Twitter.