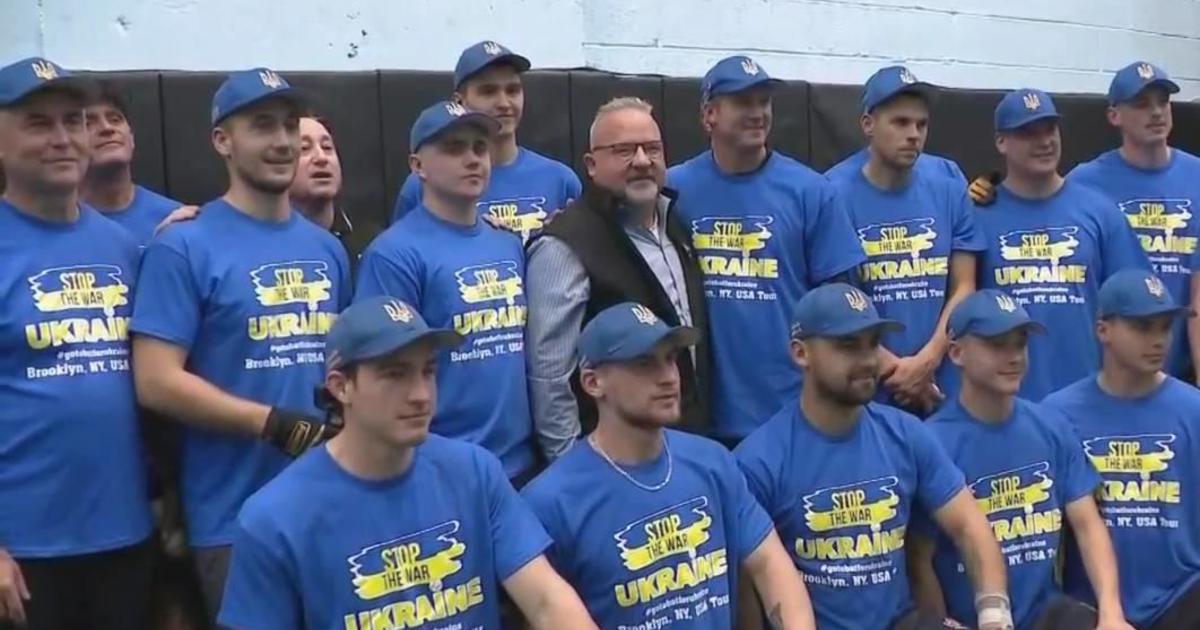 NEW YORK — The Ukrainian national baseball team is in New York for two games that go far beyond sports.

Games play a role in the very survival of their country, CBS2’s Kevin Rincon reported Thursday.

The slap of the bat is a welcome sound for these baseball players, whose lives have been turned upside down by war.

“Family members on the front line or under shelling,” said player Roman Boiko.

The team flew to town this week to play a pair of charity games against the NYPD and FDNY. The money raised will help rebuild many fields that have been destroyed.

“The country is still struggling, but we understand that sometimes it will end and we will have our normal life,” Boiko said.

While they hope to help those left behind, leaving has not been easy. Russia launched a new round of bombings on the day they left.

“It’s difficult because it’s much easier to be there with everyone,” said Andrii Boiao, another player.

For now, the players are focused on baseball. They participated in drills at Empire on the Upper West Side and were treated to burgers and hot dogs from Shake Shack to give them a taste of New York.

Empire Baseball has helped host the team while they’re here, and it’s not their first time. During the summer they went to Poland to help orphan Ukrainian refugees in Warsaw.

While there, the kids learned the basics, received essentials like bats and gloves, and were treated to a momentary distraction. Help was made possible by donations collected here.

“It has been extremely moving to see this support,” said Jordan Baltimore, CEO of Empire Baseball.

This weekend’s games are a chance for the team to play competitively for the first time in nearly a year.

“People think baseball isn’t alive and well in Ukraine, and I think people are going to be very, very pleasantly surprised,” Baltimore said.

Also surprising is their flawless ability to disparage their opponents while keeping a smile on their face.

“Maybe a little out of shape in baseball, but still good players,” Boiao said.

Regardless of the score, players say supporting the effort to defend their home is more important than any win on the diamond.

Kevin Rincon is a reporter for CBS2.