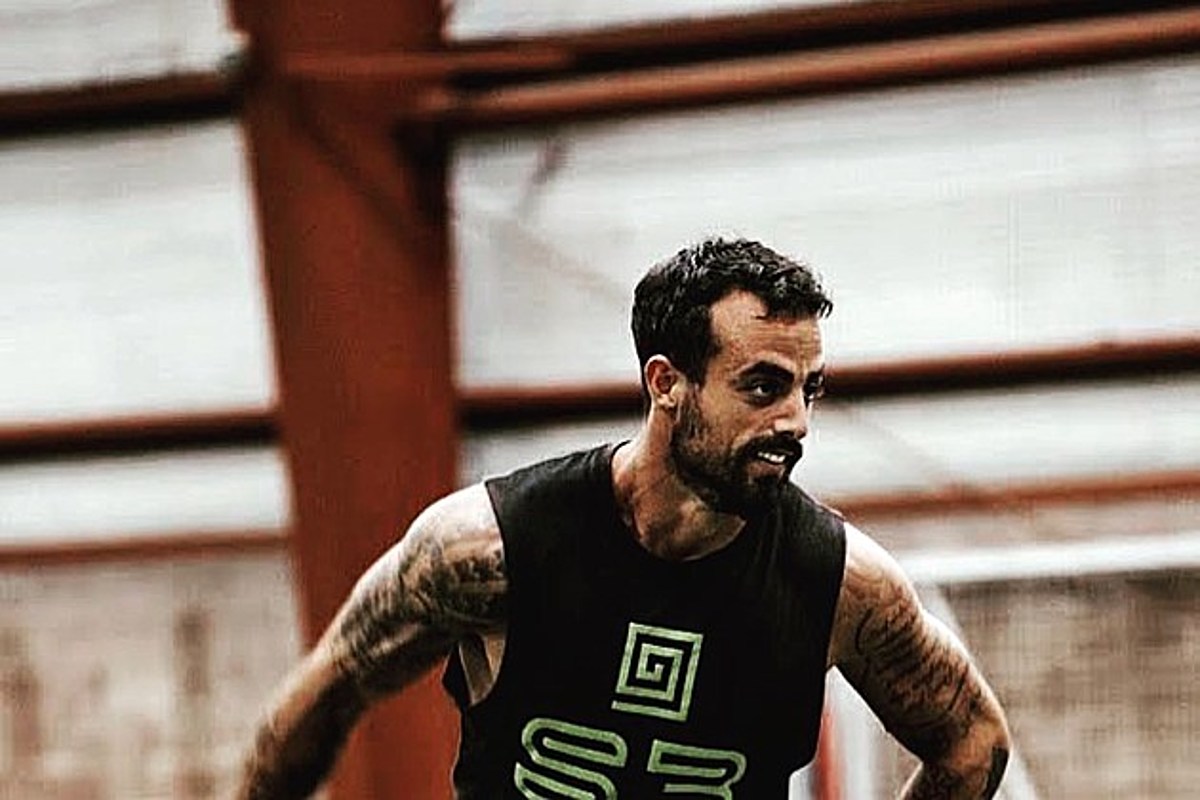 As we age, especially those of us who have played sports, there are days when we wish we had stretched more or trained differently, which could have extended our playing days. or competition, but also reduce the risk of injury and pain as we age.

One of the most successful football players to come out of Toms River High School East, Nico Steriti knows these lessons all too well.

He put his body on the line day after day in practice and during games with stellar records with the Raiders playing running back and defensive back at a peak level and at the University of New Hampshire as well.

“If I had to go to the poetic side, my favorite part of playing this game – I think it was just – obviously on game day, if you were able to play and have that experience of running on the sidelines and hearing the wind pass by your ears, hearing the crowd get loud as you cross the line, yeah, that’s a pretty euphoric feeling as a sport,” Nico Steriti told Townsquare Media on “Shore Time with Vin and Dave “on 94.3 The Point and 105.7 The Hawk on Sunday morning. “I hit home runs, I hit jump shots, I hit three-pointers, I won track competitions, I hit people in football, I caught interceptions , all of those things are dandy, but there’s nothing quite like bringing one home, scoring a touchdown.”

Along with the glory however, came pain, including 12 concussions and 2 shoulder surgeries, including for a torn labrum he suffered in college.

“I was ready to die on the court, like, I was okay with that, I played through concussions, labrum tares, ankle stress fractures, hip pointers where the lining of my abdomen was swollen – there are unpleasant sides that no one wants to talk about,” Steriti said.

Over the past few years, he’s embarked on a journey of self-discovery as he seeks to find what’s next amid the physical, mental and emotional pain he endured daily after 17 years of playing the game he’s loved ever since. that he was a small child. .

His journey that took him all over the world brought him home to Toms River and led to the creation of Steriti Sports School (S3) where he passes on the knowledge he has learned to young athletes looking to take the next step and to athletes of all ages looking to improve their physical and overall well-being.

“Being a coach in person – it’s very difficult to reach everyone, your time, your location, all those things, so now that I’ve developed a niche as a school of sports performance and performance of life, ‘SPOGA’, – Sports Yoga – it’s like imprinted in the DNA of what we do,” Steriti said. “Now I’m filming and creating my online training program called SPOGA-X, so now through online the goal is to have the guru in the athlete’s pocket globally between meditations, breathing techniques, sports movements, training in the elements, hills, beach, water, grass, lawn, all these variations that I will have filmed professionally, it will be on my site s3.guru through my online program and it is eventually becoming an app in the App Store.”

The goal is much more than that, it will be something that will change you forever.

Before going to S3, his post-football journey led him to write and later travel and learn all about what he not only teaches athletes but is now at the core of who he is.

“I studied with a yogi for 13 days in his house in the Himalayas, I didn’t just go to a yoga studio and got a certificate, I’m not downgrading it, but, when I was on my way and was curious about ‘what is yoga’, I was drawn to India, I was drawn to Nepal, there was- down an energy that wasn’t there, and in understanding the formalization of yoga,” Steriti said. “Here, it’s like the telephone line, there is a telephone line from the Eastern world to the Western world, and in this telephone line, it is commercialized, it becomes profitable.”

For Nico, it’s more than just physical presence as an athlete, it’s who you are as a person and what you’re willing to do to become better inside and out. it’s being aware of the quality of what you’re doing, taking the time to stretch properly, to focus on the real important things of breathing, relaxing, taking care of yourself before, during and after a game that his turn will make you better on the pitch.

“It’s not a method, it’s a message, it’s not a cure, it’s medicine, and in medicine it’s healing, and in healing it’s where you are, and that’s kind of what happened to me,” Steriti said. .

You can listen to the full interview with Nico Steriti, owner of S3 Steriti Sports School, on “Shore Time with Vin and Dave”, here.

KEEP READING: NJ Athletes Who Played Games in the NFL

KEEP READING: NJ Athletes Who Played/Coached in the NBA and MLB