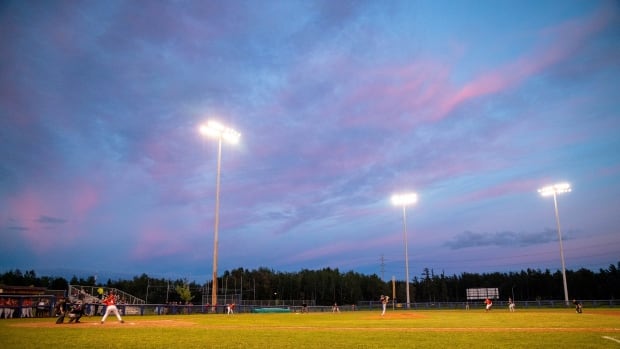 After a three-year hiatus caused by the COVID-19 pandemic, the Thunder Bay Border Cats will return to the field at Port Arthur Stadium in 2023.

The team and the Northwoods League made the announcement on Friday.

“We’re obviously very excited and have been looking forward to this day for a very, very long time, including all of our fans and all of our corporate partners and host families,” said team vice president Bryan Graham. “It’s been three years since the Border Cats played baseball, missing three seasons.”

“I am very pleased to hear today that the Border Cats are returning to the Northwoods League for the 2023 season, so baseball will be back next summer at Port Arthur Stadium.”

20 players signed up for next season

Graham said the team hoped to return to play in 2022, but COVID-19 restrictions at the border prevented that from happening.

The Border Cats are the only Canadian team in the Northwoods League, which is a collegiate summer league.

“Unfortunately, there were still border restrictions that the league was not comfortable with in terms of cross-border travel,” Graham said. “The majority of the players are American, coming from teams based in the United States.”

The 2023 Northwoods League schedule is still being finalized, so the date for the Cats’ home opener has yet to be officially set.

Graham said the Cats have hired a new field manager — more details on that will be available next week — and recruiting is well underway.

“We have over 20 player commitments right now,” Graham said. “We’re going to have local talent on the roster next summer. The fans can be happy about that.”

“So we’re in a very good position right now in terms of our roster composition.”

Graham said the team hopes to partner with the Thunder Bay International Baseball Association for some special events next season.

“They are trying to get the [2023 Women’s Baseball World Cup qualifier] next summer,” Graham said. “There has been talk, if they are successful in their bid, of doing a few things at the stadium, potentially obviously with the city’s blessing.”

Further upgrades are also planned for the stadium, Graham said.

“We really want to sell it as more than just a baseball game,” he said. “It’s a summer night of fun with a baseball game included, and I think fans will be looking forward to some of the new additions we hope to be planning next summer.”