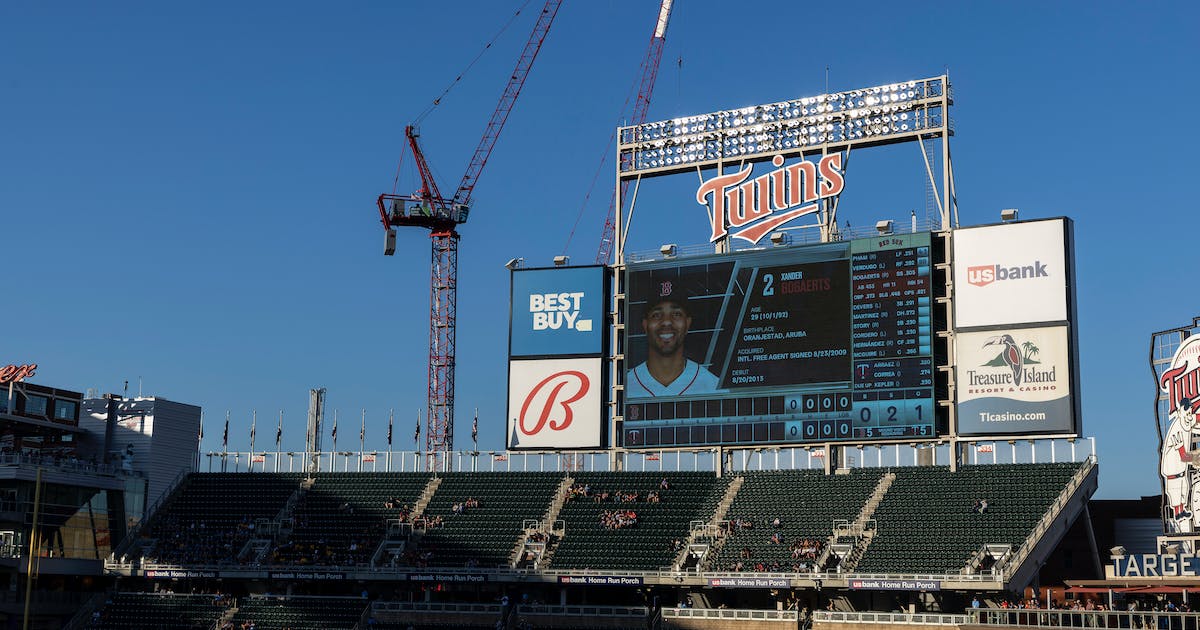 The three-game series with the White Sox that begins Tuesday at Target Field will be the last time fans will see Luis Arraez, Joe Ryan and Jhoan Duran in Twins uniforms.

Oh, the players will probably be back next year. These uniforms will not.

The Twins’ offseason will feature substantial and notable changes, and not just for a roster that fell short of its goal of winning the AL Central. The ballpark, team logos and winter schedule will look markedly different in 2023, starting with the clothing on players’ backs.

“Our uniforms will evolve and take a step into the future. There’s always a sensitivity to respecting the history and legacy of the franchise,” said team president Dave St. Peter. “But there’s also a desire to push things forward, much like we did in the mid-80s.”

Will fans appreciate a new look? “Well, that reaction is always in the eye of the beholder,” he said of a topic that always sparks debate among fans of any sports team.

The uniforms, which are complete but won’t be revealed until after the season is over, are just the most obvious aspect of a general rebranding of the 62-year-old franchise, St. Peter said, which will include “adjustments or in some cases, more than that” to team brand identification: lettering, logos, team look. Colors will not change – “This franchise has adopted the colors staple of red, white and blue since 1901,” when it was the Washington Senators, St. Peter pointed out – but he thinks a new look is apt.

“We’re in a bit of a different world now, and we’ve seen several brands get a refresh. The Padres are a great example of that – they’ve gone for a refresh that actually goes back to their origins, but they’ve done in a really bold and dynamic way,” St. Peter said of San Diego’s reappropriation of his brown and gold sibling history. “It wasn’t just a cookie cutter of what Steve Garvey wore in 1984. And our goals are the same. How do we pay homage to that history and that legacy, but do it in a very modern way?”

The team will also introduce a special City Connect uniform, a distinctive, non-traditional look that will emphasize certain aspects of Minnesota culture, next summer, but the team won’t wear them until 2024. City Connects has been very popular with fans in other cities, and the Twins had hoped to include their own next year, but MLB is staggering their introduction with only about half a dozen each season.

Minnie and Paul, their handshake across Mississippi that has symbolized the Twin Cities since 1961, will forever be among franchise icons and will continue to dominate center field in Target Field. But that logo will also be “adjusted,” St. Peter said.

The team’s offseason schedule, disrupted by COVID-19, has been reinstated, he said, with the winter caravan in the upper Midwest scheduled for mid-January, the premier banquet of Diamond Awards in person since 2020 scheduled for January 26 and TwinsFest to follow on January 27 and 28. The festival will be different, St. Peter said, and will only partially take place at Target Field.

“We are working on changes to what TwinsFest means and how we can engage our players with the community,” he said. “There will be changes in scope and range, doing some things a little differently to expose our brand to younger demographics. But we also understand that there is a core of people who like to gather here and talk about ‘Gospel of Baseball Twins. Every January.’

At TwinsFest, fans will notice some big changes at Target Field. There will be cranes on the field from November through early March, installing new scoreboards, including a huge video board in left field that is 76% larger than the current one. The $30 million project, cost-shared by the Twins and the Minnesota Ballpark Authority, will upgrade and, in most cases, expand every video card in the stadium, along with the addition of new video hardware.

A new main control room was added this summer in preparation for the new technology.

“It’s our 14th year at Target Field next year,” St. Peter said. “Video cards, they tell us, have a lifespan of about 10 years, so we’ve probably used them a bit more. But we can’t get spares anymore.”

The cranes will also require the ballpark to be reseeded before next season. But the most notable change next season will be the North Loop Green, a 38-story tower across from Target Field that will feature apartments, condos and offices, many with views of the playing field. slated to open around opening day 2024, has been under construction all summer, but will be visible beyond left field by next season.

“It’s definitely going to change the way a lot of our fans look at the stadium,” not to mention allowing some to sit on balconies and watch games from home, St. Peter said. He even foresees one day that players and staff members buy or rent living space in the building, and simply cross the street to come to work.

The team is still studying, he said, the unintended effects such a tall tower can have, “from wind currents to sun glare, things like that.” And while neither the team nor the Pohlad family owners have any development involvement and no financial stakes, St. Peter said, “We’re thrilled. It will be great for the area around Target Field and from the city center in general.”