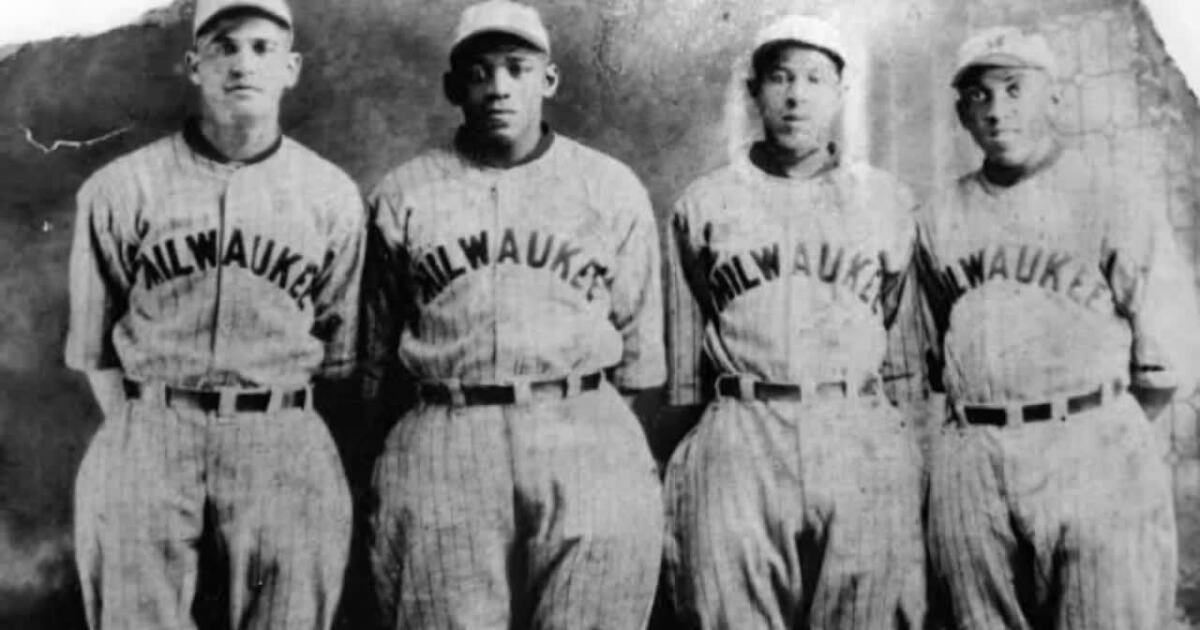 MILWAUKEE — A University of Wisconsin-Milwaukee doctoral student is working to preserve the history of the city’s 1920s black professional baseball team.

A love for baseball and history led Ken Bartelt to discover the history of the Milwaukee Bears.

“They had a difficult season with 14 wins and 52 losses and one draw, so they weren’t really successful,” Bartelt recalled.

In 1923, this group of black professional baseball players were in a league of their own.

“The Bears were part of one of the most important moments in Negro League history. They played in one of the very first games led by black men,” Bartelt said.

The team had no home field and had to rent an athletic park, better known now as Borchert Field, when the all-white Milwaukee Braves were not playing.

“A lot of players were from Chicago, some had played with Rube Foster, some were from New Orleans as well,” Bartelt said.

Bartelt could only find one photo showing some of the original team members, but in recent years the Milwaukee Brewers, who were a minor league in 1923, have paid tribute to the Bears in wearing their throwback jerseys during the regular season. season.

“These people desperately wanted to play a game that they loved professionally, and they brought a lot of joy to their community. I think that sometimes gets lost,” Bartelt said.

Bob Kendrick, president of the National Negro League Museum in Kansas City Missouri, is determined to ensure that the stories of these players and the Negro League are preserved.

“When you delved into that story, you learned that the story is so much bigger than the game of baseball,” he said. “It’s a story about the importance of economic empowerment, it’s a story about an unprecedented level of leadership and ultimately, it’s the story of America’s social advancement.”

Both Kendrick and Barelt agree, just as important as Jackie Robinson was to breaking the color barrier in 1947, as was the existence of the Negro league and teams like the Milwaukee Bears.

Report a typo or error // Submit a news tip