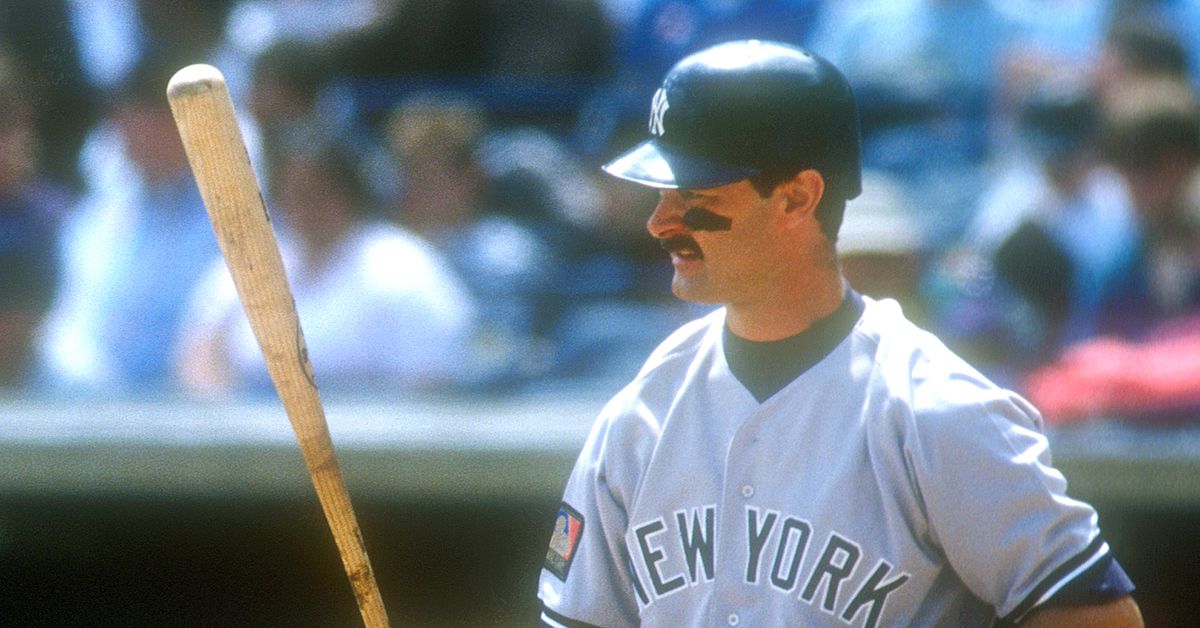 This week, we’re wrapping up our Champions Series showcasing the Yankees’ 27 World Series winning teams. If you’ve read these articles, you’ve seen plenty of household names pop up, from Ruths and DiMaggios to Mantles and Jeters. Even beyond the biggest names, many Yankees have played for multiple championship teams.

However, there have been plenty of good Yankees over the years who just haven’t had the chance to play for championship teams. To make up for the fact that their names don’t appear during the Champions Series, here, according to Baseball Reference WAR, are the top Yankees who haven’t won a World Series ring with the team.

Chesbro was the franchise’s first star, playing the first seven years of their existence in New York City when they were the Highlanders. The spitball specialist peaked in 1904, throwing a currently unimaginable 454.2 innings while winning 41 games.

This season also represented Chesbro’s only legitimate chance to win a title in New York, as they were only knocked out of the AL pennant race on the final day of the season. Unfortunately for Chesbro, their elimination was due in part to an ill-timed wild throw on his part.

Mussina’s signing by the Yankees prior to the 2001 season is one of the best free agent acquisitions in franchise history. Despite the success he had with the team, it never led to World Series titles.

Mussina had a solid eight years in New York, playing for two AL pennant-winning teams and making the playoffs in seven years. In 2001, the future Hall of Famer was not only close to a perfect game (one-shot away), but also that elusive World Series ring (two-out). He ended his career winning 20 games for the first time in 2008, although the Yankees did not make the playoffs. Like another person who will appear on this list, Mussina’s time in New York is limited by years just after/before a title team.

Mussina went on to achieve championship success as a high school basketball coach in Pennsylvania.

During Stottlemyre’s rookie season, the Yankees lost in seven games in the World Series. It was the franchise’s fifth straight appearance at the Fall Classic and ninth in 10 years. It would have been hard to imagine that the next two years would not go the same way. Unfortunately, due to a number of factors, including the disastrous ownership of CBS, Stottlemyre would never return to the playoffs.

This drought had nothing to do with the pitcher himself, who was the Yankees’ ace on those disappointing teams. He made five All-Star teams and had a career ERA below 3.00, but retired in 1974, two years before the Yankees returned to the World Series. Thankfully, he later earned plenty of rings and adulation as the Yankees dynasty pitching coach of the late 90s and early 2000s.

Rickey may have only spent 4.5 seasons in New York, but individually what a handful of seasons they have been.

In his freshman year with the Yankees, Henderson had 28 home runs, 80 stolen bases, 157 OPS+, and finished third in MVP voting. Other than 1987, he would lead the league in stolen bases every full season he was in New York. He actually set the franchise record for interceptions with 326 until Derek Jeter broke it (in far more games than Rickey).

However, with Rickey’s Rickey-ness and George Steinbrenner probably at the peak of his George Steinbrenner-ness, things didn’t work out and in 1989 Henderson was traded to the A’s without appearing in a single playoff game for New York. It’s unlikely he regretted the second trade either, as Henderson eventually won his first championship with the A’s that same season.

Acquired in 1913, near the nadir in franchise history, Peckinpaugh was there when things started to change, with the addition of Babe Ruth and others. Known for his excellent defense, he was one of the Yankees’ best players during his tenure and served as captain from 1914 to 1921. He also had a reputation for being an excellent leader, so much so that it may -be played a role in its release.

After a loss in the 1921 World Series, Ruth reportedly complained to the front office about Miller Huggins’ management style and pleaded for Peckinpaugh (who had been the team’s acting manager in 1914) to replace him. The Yankees brass decided to nip this in the bud and traded the shortstop to the Washington Senators before the 1922 season. Peckinpaugh would win the 1924 World Series with the Senators, but not be part of the championship teams Yankees and the 1927 “Murderers’ Row” team.

Who else would it be?

Mattingly is one of, if not the most beloved Yankees to those who have seen him play, winning an MVP and being a six-time All-Star in the 1980s and early 1990s. His six-year stint from 1984 to 1989 would rival the heights of many legends. Unfortunately, as the calendar moved into the new decade of the 90s, back problems started to show up more and more. He had a playoff hurrah with his home run in the 1995 ALDS, but that series would be the only playoff appearance of his career.

Unfortunately, Donnie Baseball’s career took place in exactly the longest Yankees drought without a World Series appearance. With his debut in 1982 and his final season in 1995, he missed a trip to the Fall Classic by a single season at both ends. He’s returned to the playoffs 10 times as a coach or manager, but he’s still chasing that first title.