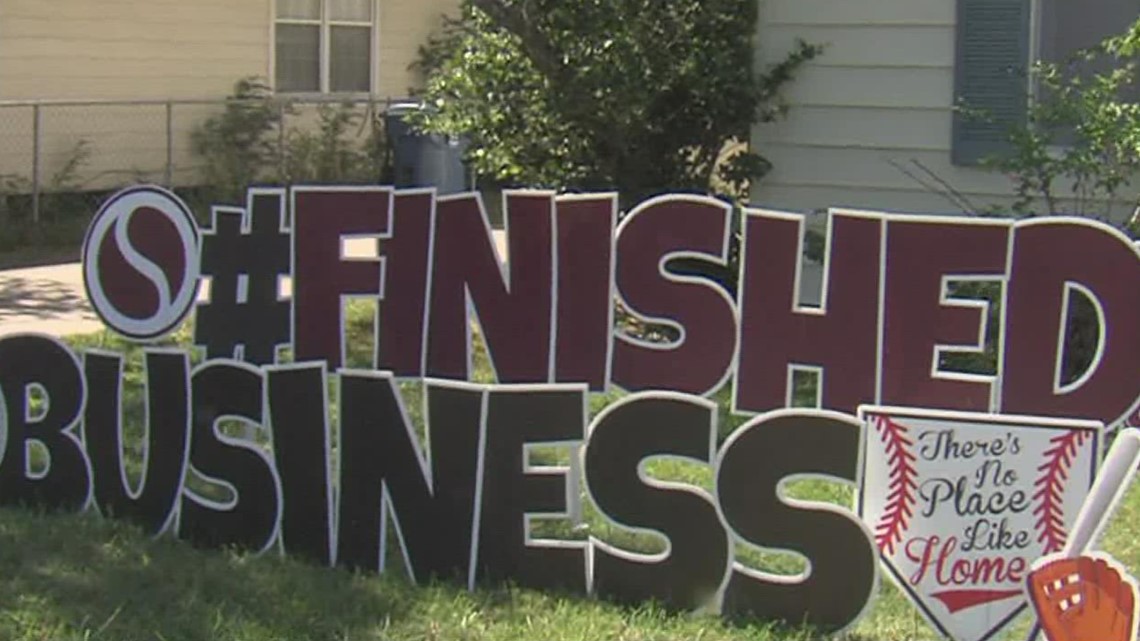 The celebration marks the team’s return after winning the state championship in Austin on Thursday. It’s the school’s first baseball championship win in 20 years.

CORPUS CHRISTI, Texas — There was a lot of excitement in Sinton Friday night as the Pirate baseball team was welcomed home by proud fans.

The celebration marks the team’s return after winning the state championship in Austin on Thursday. It’s the school’s first baseball championship win in 20 years.

Kelly Self and her son were among the many fans who were eager to show their support. Her son encouraged Kelly to put up team signs in their front yard.

“Because I believe in pirates and I think they could win,” Kelly Self’s son said.

Kelly added that showing support for her local team and programs goes a long way.

“We are very proud of our sports programs, the pride of the Sinton Pirates, we show a lot for our children,” Kelly said.

Kaden McCoy’s family were among those who showed their support and couldn’t have been more proud of their pirate.

“These boys deserve it. Kaden is one of the most humble people you’ll ever meet in your life, he deserves it all,” Kaden’s sister McKenzie said.

While Kaden’s family had every reason to be proud, head coach Adrian Alaniz said the entire Sinton community went out to show their support.

“It’s been like this all year, the further we got into the playoffs the more the community kept rallying behind us,” Alaniz said. “Shows that tightly knit love and support, so lucky to be a part of Sinton Texas. “We’ve been there the last two days, everyone traveled three hours to Austin and got to support this team. As we all imagined, the homecoming and the welcome we have is just a blessing for these children.”

Although the team was victorious, the Pirates know that in all their success, that was just the beginning.

Want to send us a news tip?

Include your name and contact information below so we can contact you about your story if we have questions or need more information. We realize that some stories are sensitive in nature. Let us know if you wish to remain anonymous.

If you don’t have a photo/video to submit, just click “OK” to skip this prompt.