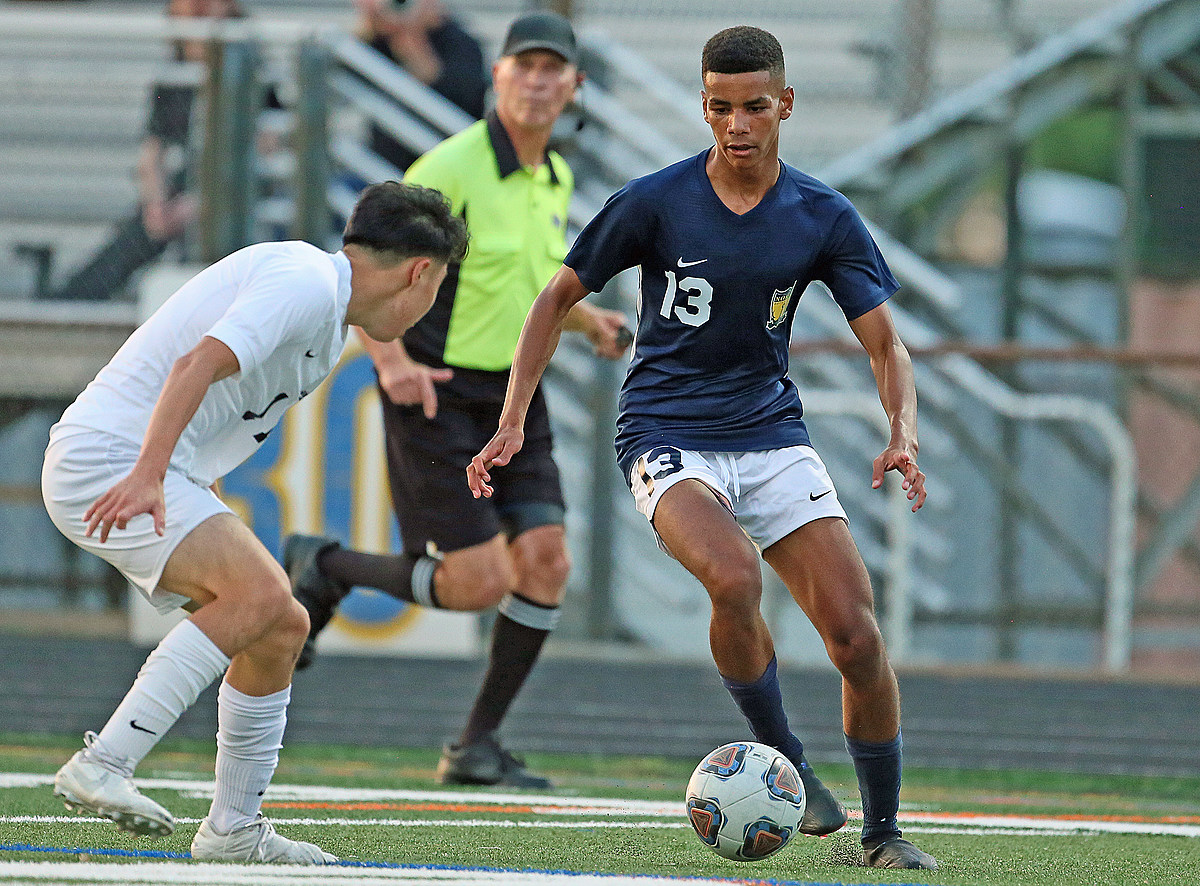 At the Barnegat high school

Senior AJ Emnace scored two goals and senior Jared Brown added one goal and two assists to propel the Mariners (12-1-1) to a resounding victory over the Patriots (13-3-1) to reach the game. SCT Championship for the first time since 2010.

Brown scored the first goal in the fourth minute, beating goalkeeper Giancarlo Pantano one pass past senior Jimmy Ruppe as he slid for a shot that rolled into the right corner of the goal.

Emnace then scored in the 17th minute, hitting a cross by senior Nico Gonzalez from inside the six-yard penalty area.

Brown, Emnace and Gonzalez all missed Toms River North’s 0-0 draw against Freehold Township on October 12 and all three made their presence felt in the opening 17 minutes.

Freehold Township drew in the 25th, when senior Josh Hocheiser hit home a shot on a pass through senior Herman Colbert’s defense.

The Patriots made a serious push to score again, taking advantage of a strong west-to-east wind.

In the second half, Toms River North took full advantage of the same wind and sheltered the game. Emnace scored his second goal after Brown made a run and landed a first shot. Emnace hit the rebound in the 60th minute.

Toms River North topped the scoring in the 67th, while senior Mattia Assante finished a cross for Brown.

Senior Tiarnan King snatched a 25-yard shot from the left post and for the only goal of the game and the Colts (16-1) fended off a challenge from the Braves (8-4-5) to reach the TBS Championship game on Thursday tonight against Toms River North at Barnegat High School.

Junior Will Thygeson carried the ball to the left side and played the ball squarely, the Witch King running over it in the middle. The elder took a throw-in and hammered his shot past Manalapan second-year goaltender Mateo Paolillo for his first college goal.

Paolillo made nine saves to keep Manalapan in the game, with the Braves playing a heavy lineup on defense and conceding a 20-1 difference in shots.