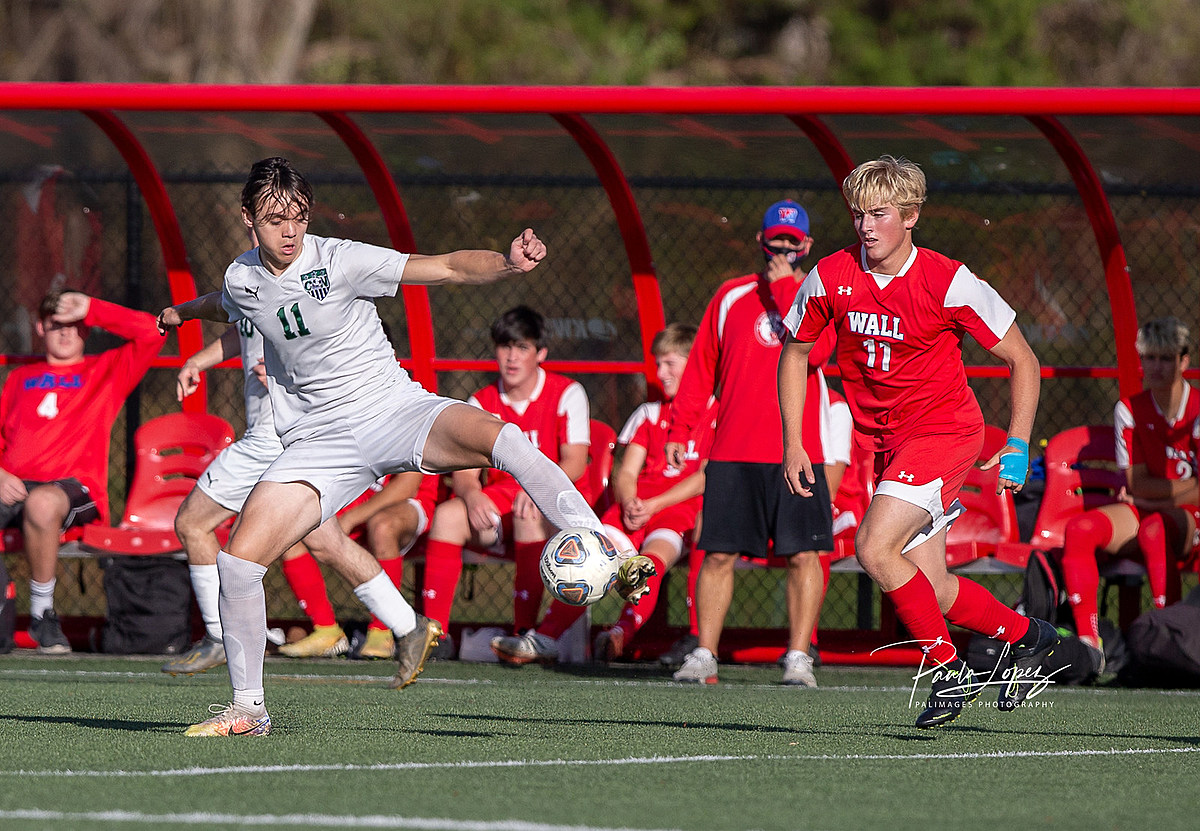 Junior Billy Caruso scored two goals and Connor Hackett added another to bring the Mustangs to a win over the Garnet Gulls.

Elder Tom Samaras scored the first and third goals for Colts Neck during a three-goal streak in six minutes to help the Cougars pass the Green Dragons. Samaras scored the icebreaker in the 54th and the last goal in the 60th, with senior David Tuschmann scoring the second goal in between.

Kieran McLean scored in the first half and Tharnthong Phua added the game winner in the 43rd to lead the Colonials to a victory over the Golden Eagles.

Mathieu Leonard scored one goal and assisted another from Kerem Satar as the Rams shut out the Piners.

Senior David Tuschmann returned from an injury-related absence scoring two goals and preparing another to lead the Cougars to victory over the Purple Roses. Tuschmann forced a turnaround in St. Rose’s third and Jeff Decarvalho capitalized with the game’s opening goal.

Tuschmann fouled the area and converted the penalty five minutes after Decarvalho’s goal. In the 65th, Tuschmann finished the scoring with a pass from Jairo Chira.

Junior Kajas Matazinskas and senior Noah Raimonde each scored two goals and the Raiders claimed victory over the Scarlet Fliers.

Senior Zach O’Neal scored the golden goal and the Seraphs beat the Blue Bishops for their first victory in 2021.

Senior Johnny Troiano scored an assist from junior Luke Molloy in the 17th minute and the Lancers dominated the Jaguars on the senior St. John Vianney night.