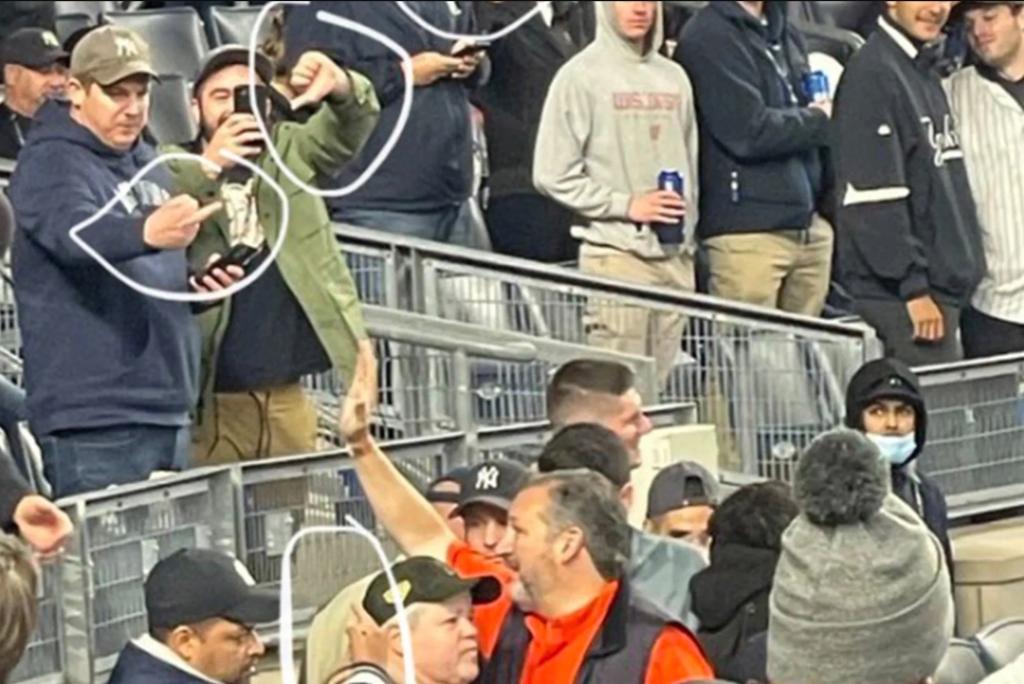 Sen. Ted Cruz had a one-word response Monday to the Bronx one-finger salutes he received during ALCS Game 4 at Yankee Stadium: “scoreboard.”

The GOP lawmaker found himself the victim of an unholy razzing from the Yankees faithful, with fans booed and at least three others returning the bird.

Cruz had the last laugh, however, as the Astros eliminated the Yankees from the American League playoffs for the third time since 2017 and qualified for their fourth World Series in six years.

Retweeting a Post story about the less than warm reception, Cruz added his “dashboard” disclaimer, along with the hashtag “#GoStros.”

The 51-year-old waited a rainy 90-minute delay to see Houston complete the sweep – even recording the game and Aaron Judge’s streak ending on his phone, which he happily has posted on Twitter shortly after the match ended.

Cruz had tweeted about being at the game, posting photos of him waving to the bleachers from his seat.

But when he got up to leave his seat in the sixth inning, Yankees fans heckled him as a “loser” and a “racist piece of shit.”

Others have called on him to “go back to Cancun,” recalling his trip to the Mexican resort town in February 2021 when a severe winter storm knocked out power to millions of his Texas constituents.

Cruz was in the Big Apple for an appearance Monday on ABC’s “The View” to promote his book, “Justice Corrupted.”

During the show, Cruz was again heckled by climate change protesters, forcing the program into a commercial break.