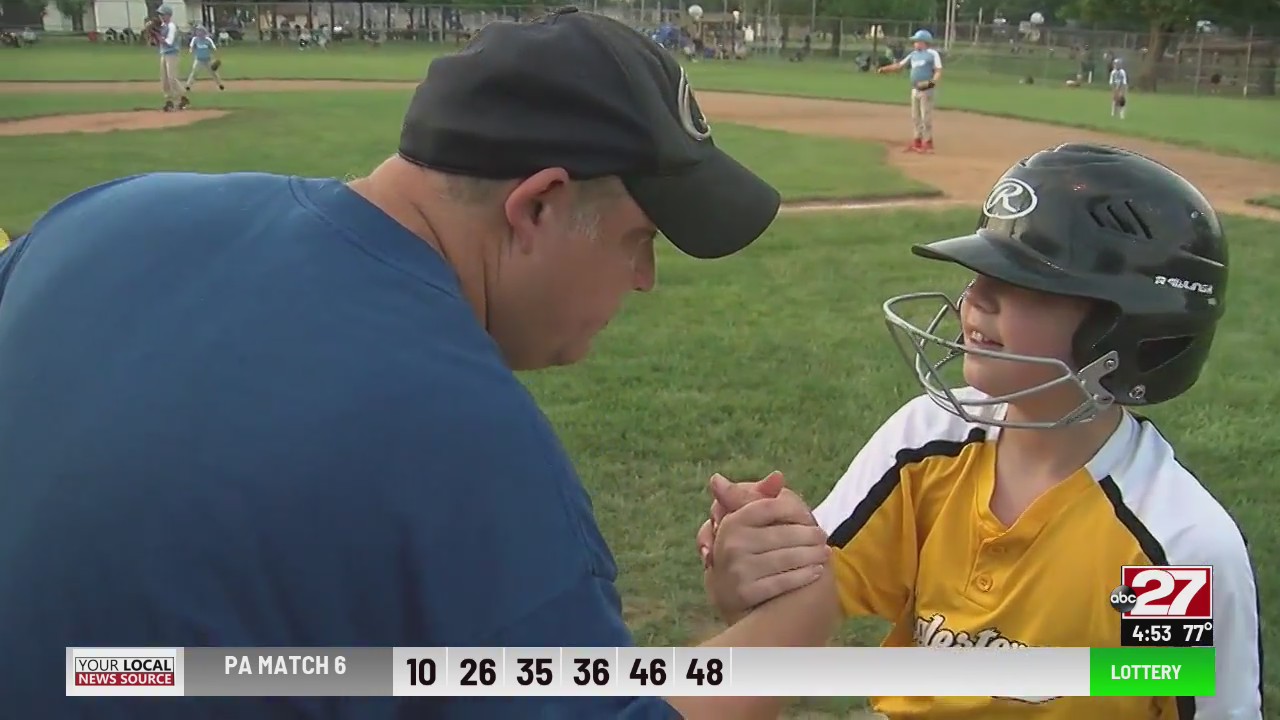 You can tell it’s summer in Linglestown when Koons Park fills with the colorful jerseys of young baseball players.

And whenever there’s a game, Nate Brame will be there.

“It’s my game,” he said. “I am here every day. I am here on Saturdays and Sundays.

Brame’s job is to manage the dashboard. It is a volunteer duty that he takes very seriously.

“He’s all professional, all commercial when he’s running the scoreboard,” said Brett Bentz, vice president of the Linglestown Baseball Association.

Mural painted in honor of a beloved Carlisle resident

Brame started with the association in the 1990s when his high school teacher at Central Dauphin East, the late Steve Foltz, suggested he volunteer with the league. Brame had never really played baseball, but he quickly grew to love it. His mother, Diane, brought him to Koons Park night after night, year after year.

“He loves baseball,” Diane Brame said. “He can barely wait for baseball time.”

And because of that love, Brame still sees his volunteer duties as a full-time job, all these years later.

“Nate is the first person at the park before it opens and the last to leave,” Bentz said.

“I think it’s great to see someone have that enthusiasm and I think some of that rubs off on some of these kids,” said Bob Chernikoff, secretary of the Linglestown Baseball Association.

And while the dashboard is Brame’s job, children are clearly his passion.

“Nate is a positive guy,” player Cash Brunner said. “He never looks down. He always looks up. He always has that positive energy.

Perry County Emu has a forever home and name

“Nate gives them confidence,” Benkovic said. “When they do something good, Nate is going to be there to cheer them on. And when they’re wrong, Nate will say “it’s alright mate, next time you get it”.

“He’s been doing it for so long and with so many kids that if we go to a restaurant or anywhere, those kids from so long ago stop and talk to him,” Diane Brame said. “He still knows those kids.”

Brame proves that the real home runs in life don’t come from the numbers on his beloved scoreboard… but from enthusiasm, dedication and service to others.

“To come here and want to do it with a smile and bring joy to others is pretty cool to see,” Bentz said.

The Core of a Dashboard | Sports Spotlight