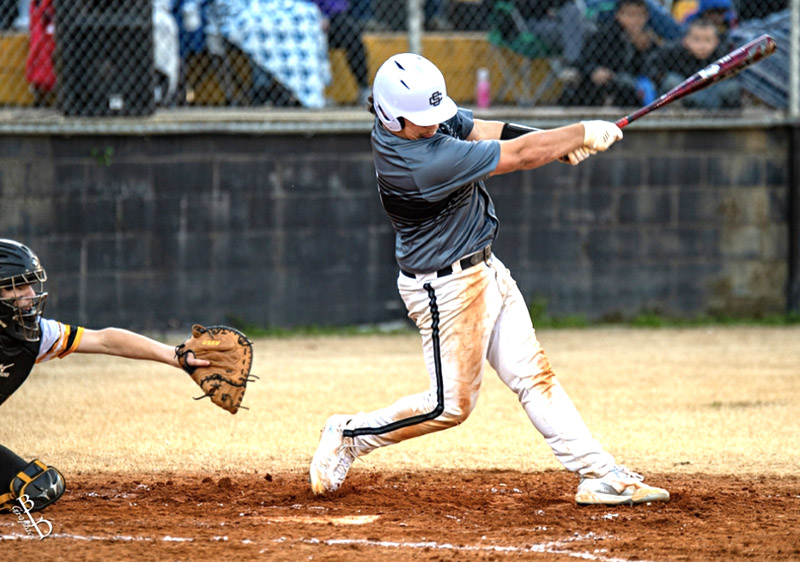 Schley County third baseman Jack Clark went 1 of 4 at the plate with a solo home run in the top of the seventh inning to help the Wildcats to a 9-1 victory over Manchester. Photo submitted

MANCESTER, GA – The Schley County Wildcats scored nine runs on 10 hits and capitalized on four MHS errors in their 9-1 victory over the Manchester Blue Devils on Tuesday, February 21.

With the victory, the Wildcats improve their record to 3-0 in the young season.

Owen Lamb and Owen Shufflebarger each had multi-hit performances in this game. Lamb went 3 for 4 with three runs scored and Shuffleberger went 2 for 3 with three RBIs. Jack Clark also had a productive day offensively for the Wildcats, as he hit a solo home run to the right side of the field in the top of the seventh inning. It was Clark’s only hit in the game, but it gave the Wildcats some confidence.

Ashton Raybon pitched six good innings for SCHS. Raybon allowed just one run on five hits and struck out 12 MHS batters. Shufflebarger came to pitch the seventh inning and allowed no runs, walked one and struck out one.

The Wildcats will look to extend their unbeaten streak to four games when they travel to Rochelle, Ga., to face Wilcox County tonight at 6 p.m.