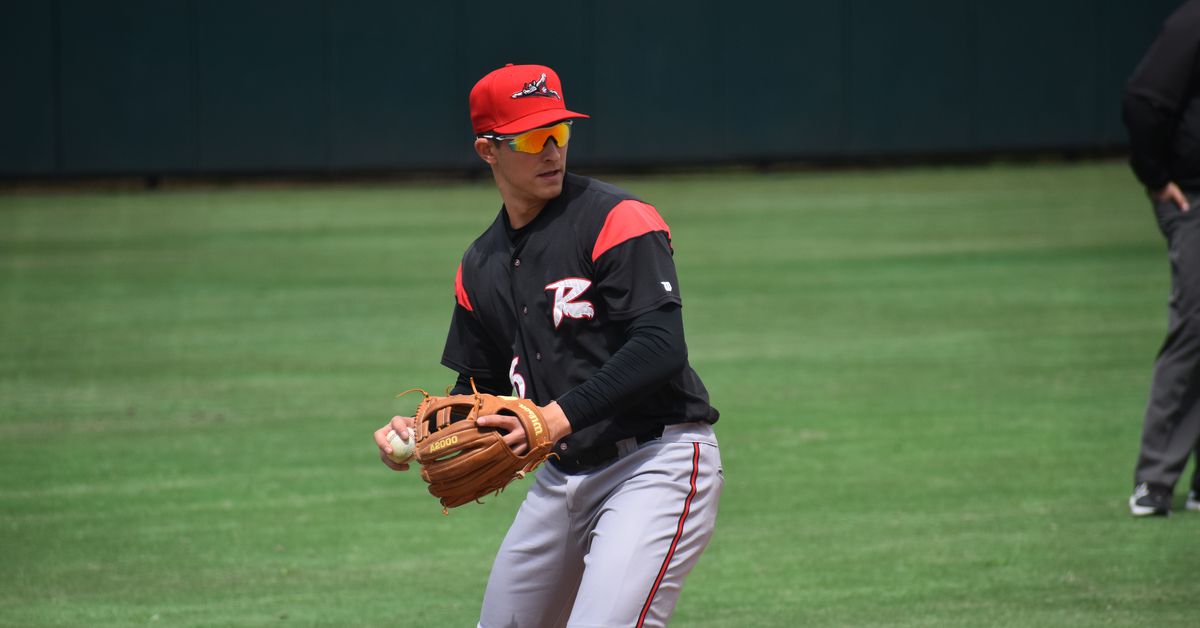 Four games in action for minor league baseball affiliates the San Francisco Giants on Tuesday. Let’s dive into it.

All positions listed are positions played in this match.

RHP Wei-Chieh Huang continued his fabulous second half of the season and then the wheels fell off for Sacramento. So let’s focus on him.

After a brief moment of confusion where Huang was dropped as a listed starter – leading to speculation he could be with the Giants for their Thursday doubleheader against the Milwaukee Brewers – Huang was sent back to the composition card and threw excellently. He went 5 good innings, allowing only 2 hits and 1 run, while striking out 7 batters.

Sure, he’s a journeyman AAA who turns 29 later this month and has only pitched 5.2 innings at the MLB level, but I’m sure he has the Giants’ eye right now.

The rest of the pitchers have struggled, especially RHP Michael Stryffeler, who has been awful since joining the Giants in the Curt Casali trade. Here’s Stryffeler’s line through 11 games with Sacramento: 9.1 innings, 6 hits, 16 walks, 13 runs, 14 strikeouts. The good news is that this is Stryffeler’s first pass to AAA, so some difficulties are to be expected. The bad news is….well, you just saw the bad news. That’s 16 steps in 9.1 innings.

No big offensive days. Third baseman Jason Vosler, designated hitter Willie Calhoun and shortstop Ford Proctor all reached base twice while doubling. First baseman Jose Rojas, whether or not I knew the Giants claimed on waivers, went 0-4 with 2 strikeouts in his debut with the organization. Center fielder Heliot Ramos (No. 4 CPL), who has shown some improvement since taking his short sabbatical with the coaching staff, took a step back as he hit 0-4 with the hat trick at bat.

Center back Shane Matheny might be disappointed his promotion to AAA only lasted 15 games before returning to AA, but he’s focused on what he needs to do to return to Sacramento. He was the star of that game, going 2-4 with a walk and giving the Flying Squirrels insurance runs with an 8th-inning home run.

Matheny struggled a bit after returning to Richmond but is now starting to show up again. It was a great year for him, as he has .812 OPS and 127 wRC+.

Speaking of great years…another round of applause for third baseman Casey Schmitt (#24 CPL), who went 2-5 with a brace. One of the stars of 2022, the defensive ace is hitting as well as he is playing right now, with an OPS of 1.018 and a wRC+ of 176 since his promotion. He does an incredible job hitting for average (.368 batting average) and power (13 extra hits in 21 games).

RHP Keaton Winn made his 4th start since promotion and after 2 very tough outings he had a great performance on the mound. He went 5 innings, giving up 6 hits, 1 walk and 2 runs, while striking out 5. It’s a great progression for him.

RHP Evan Gates, an undrafted free agent last year, continues to excel, striking out 3 batters in 2 scoreless innings. After going through Low-A and High-A to start the year, Gates follows suit in AA, where he allowed just 1 hit, 1 walk and 0 runs in 5 innings, while striking out 9.

Jared Dupere, last year’s 13th-round pick, had a hell of a year in the ACL and Low-A himself. And in his 8th game since being promoted to High-A, the left fielder absolutely showed up, hitting 2-4 with a home run, a double, a walk and a stolen base. It quickly attracts attention.

But if Dupere had the Emeralds’ best offensive day, it was far from the only good one. Designated hitter Hunter Bishop (#10 CPL), who struggles with injuries and has played just 7 games since the All-Star break (including 1 in the ACL), put on a show, hitting 4-5 and stealing 3 bases, giving it 20 on the year.

Bishop’s career has been a little disappointing so far, but he has .742 OPS and 108 wRC+, and seems to get better every time he steps on the court.

Recently promoted center fielder Grant McCray (No. 34 CPL) had a stellar all-around game, hitting 2-4 with a walk, a hit per pitch, a stolen base and an outfield assist. Add a 2-hit day with a double for third baseman Luis Toribio (No. 39 CPL), who has .737 OPS and 104 wRC+, and a 1-hit and 2-walk day for the right fielder Luis Matos (No.3 CPL), and it was a good day for the Eugene hitters.

The throwing was worse as RHP Carson Seymour, making his 6th appearance since joining the Darin Ruf trade, struggled. But the bullpen was elite as RHP Brooks Crawford, Ty Weber and Nick Morreale, and LHP Juan Sanchez combined for 7 strikeouts in 4 scoreless innings, allowing just 3 hits and 0 walking.

It’s still too early for big statements, but I’m starting to think that drafting left fielder Wade Meckler in the 8th round in July was a very good move by the Giants. Meckler dominated rookie ball during his short stint there before heading to Low-A at the end of the ACL season. He went 1-3 with a double and 2 walks in that game, bringing his 6-game total in San Jose to 8-19 with 5 doubles, 6 walks and just 4 strikeouts. Shit yeah.

Shortstop Aeverson Arteaga (#12 CPL) also went 1-3 with 2 walks, and currently sports a .766 OPS and 99 wRC+ to go along with his sensational defense. And if you need home runs, third baseman Yorlis Rodriguez has you covered, as he missed a solo shot in the 2nd inning, giving him .722 OPS and 80 wRC+.

Overall, the Baby Giants did a terrific job with plate discipline, walking 9 times and striking out only 5 times.

The pitch was bad, with LHP Seth Lonsway, RHP Yoniel Ramirez and RHP Ben Madison all rocked. RHP Julio Rodriguez had the only good day on the mound, striking out 2 batters in 2 scoreless innings, with just 1 hit. He’ll never be as good as the other person named Julio Rodriguez, but he has 61 strikeouts in 45.2 innings.

Despite the loss, the Baby Giants clinched a playoff berth yesterday.