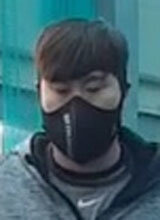 Korean starting pitcher Ryu Hyun-jin for the Toronto Blue Jays has embarked on preparations for the new season. According to his agency Aspect Corporation, Ryu began training on Thursday at Gangchanghak baseball field on Jeju Island. Training is set to last more than two weeks until January 21 with personal trainer Jang Se-hong, Jang Min-jae and Kim Gi-tak of Hwanhwa, and Lee Tae-yang of SSG joining the Korean Major League for his training. . Ryu pays the bills for the group training sessions.

Ryu had undergone personal training in Okinawa, Japan, before spring camp started. But he had to move to Jeju last year due to the spread of COVID-19. Ryu, who arrived in South Korea in October, was training to get back into shape with restorative workouts and heavy loads after taking a break. His sessions in Jeju will focus on outdoor training such as the long throw, capitalizing on the island’s warmer climate.

After completing his training in Jeju, Ryu plans to schedule his departure after following the progress of MLB negotiations. In December of last year, Major League Baseball went into lockdown after an unsuccessful attempt at collective bargaining. Even players are not allowed to use their training facilities at this time.

The 10 best wrestlers of all time in the National League