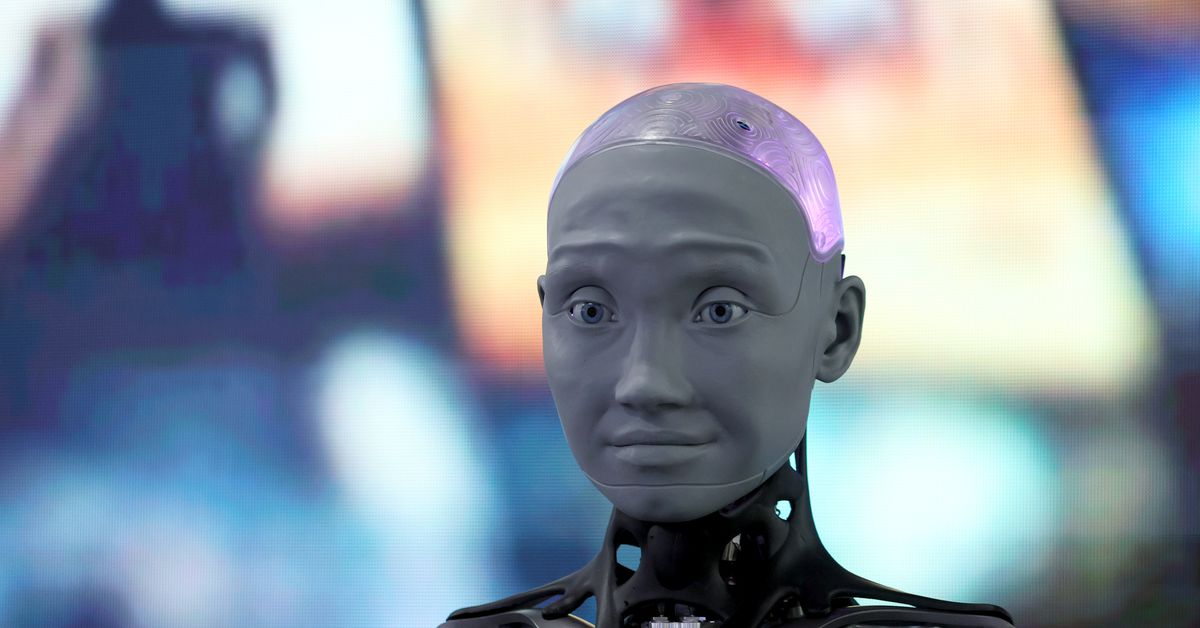 I have nothing against progress. Some of my best friends are traveling shoe salesmen, and I can’t tell you how many times my stone ax has come in handy in the cave. But I can’t help but think we’ve gone a bit too far with the technology.

The latest assault on our humanity came on Thursday, when news broke that Major League Baseball would be using an automated strike zone at Triple-A this season. That means robo umpires will be a heartbeat away from the big leagues — a “heartbeat” being that thing once used to infer whether a “person” was alive. Now we just make sure a robot’s circuit board doesn’t overdo it with the salty snacks, and life is good.

Real referees are human. This means they are prone to dye jobs, bad breath and misjudgments like the rest of us. What many baseball fans apparently want in their home plate umpire is infallibility, good hygiene, and hair that doesn’t look like it’s been drenched in rust.

The end game for too many people, especially those who follow baseball, seems to be the eradication of… people. It’s an overreaction only if you’re sure you’re not ashamed of your body. at present by your Fitbit and your Fitbit’s friends. The march to the techno-ball started with analytics. You’ll think of me as a Luddite, a man likely to wear a loincloth around the house, but the truth is, numbers-driven decisions in baseball are meant to take human feeling and intuition out of the equation as much as possible. Sentiments do not exist for statisticians because sentiments cannot be measured.

But feelings are what separate us from most other beasts on the planet. Take the emotion, the boldness and “Oh, what the hell, I’m going to rock anyway, despite what the computer says”, and soon the Big Red Machine has turned into “Ex Machina”. OK, I’ve taken this path too far, but how badly do we want the human factor removed from baseball?

Many of you wish for the disappearance of referees. You want errors to disappear. I don’t like mistakes either, but I like the mess of life. I know: completely and recklessly irresponsible for a so-called truth-seeking columnist. I should want the right call to be made every time. A strike must be a strike, not a throw three inches from the outside corner. But when I think of artificial intelligence in baseball, I always come back to entertainment. Baseball has lost its ability to hold an audience, and as silly and illogical as it sounds, flesh-and-blood umpires have entertainment value. Not Herman the Robot.

Instant replay in baseball already stinks. Instead of seeing a manager argue with a referee, we get two minutes of a team leader waiting for a decision from the replay command center in New York. I would rather walk barefoot on a bed of zebra mussels than be exposed to forensic analysis from TV presenters to find out if a tag arrived before a foot touched the bag. Talk about interruptus baseball.

Yes, everything revolves around me. Just like it’s about you. I’d rather see a manager sprint out of a dugout to confront a referee than endure the constant breaks to get it right. ID To pay see Tony La Russa marching in power to get to the referee.

What are we losing? What makes us interesting. What makes the sport interesting. Think about tennis for a moment. The line-call replay system in place now uses six or more cameras linked to a computer to discern whether a ball was in or out. Great. But great theatre? No. If the technology had been in place in the 1970s and 1980s, we would have been deprived of John McEnroe as we knew him – loud, brash and furious at the incompetence of the linesmen. Would the world have been better off without it? I do not think so.

You want absolute precision. You want the smartest decision in every game. I want fun.

I can’t stand change in baseball. The analyzes are clear that moving infielders either side of second base to account for a batter’s tendencies is the right tactical move. But watching it live is like watching cheese slip off one side of the pizza because the box moved on the ride home. The offset is an affront to symmetry. It’s also boring. You know how the show is going to end. Marvellous. And?

I am missing some elements from the old days. Not all, but some. I liked when the ballplayers were rougher around the edges, the product of a sport that got its start in the countryside and the great outdoors. The unwritten rules of baseball don’t give me tantrums, as they do those who see the knocked-down pitch as barbaric. These rules remind me that on some level we are all idiots. Fascinating idiots worth watching.

A few years ago, MLB banned chewing tobacco from baseball stadiums. It was the right decision for health reasons, but it left some people nostalgic.

Let’s compromise. When the inevitable happens, when the only type of ballplayer is a robot ballplayer, let it spit tobacco and scratch when things need scratching. That’s all that will be left of us.