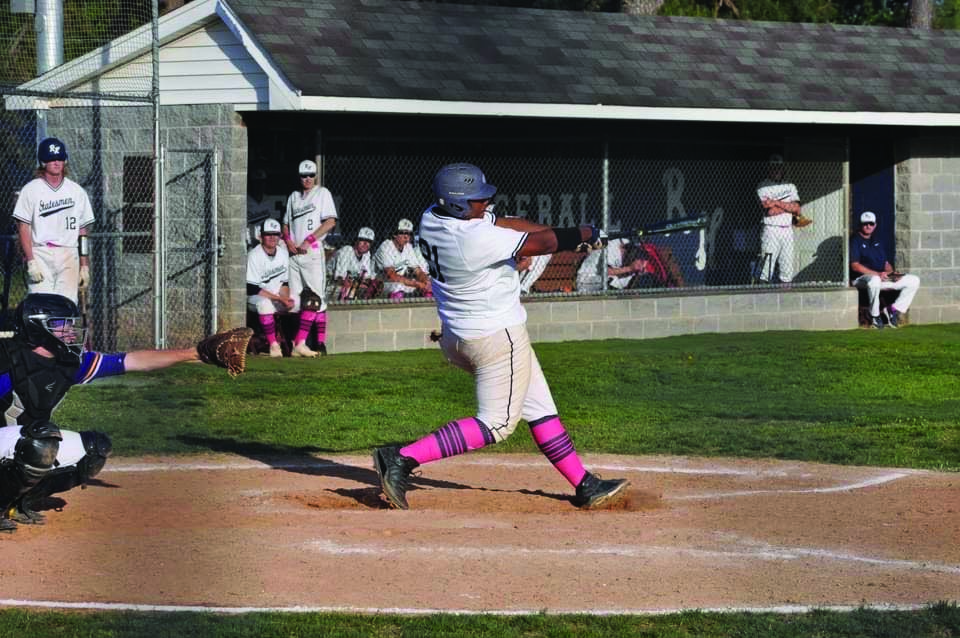 On April 26, the Statesmen hosted the Prince Edward County Eagles in a home-and-away game. The Eagles hit a single run in the lead in the first with an RBI single from Maurice Hurt. The Statesmen would reply late in the second with three points to themselves. Jayden Gee did a single followed by two marches that loaded the groundwork for the Statesmen. A two-shot clutch from Andru Lee followed by a brace from Ben Gibbs took the Statesmen to a 3-1 lead. However, the lead didn’t last long as the Eagles leveled things in the top of the third after a header walk, a brace from Maurice Hurt and a single from Andreas Noraas. Jett Algeier would enter the game on the mound for the Statesmen and not give up another run. The Statesmen would take control of the game in the fourth by scoring three runs in the sixth. The Statesmen would win by a score of 7-3. Ben Gibbs, Junior Powell and Andru Lee all had two hits in that game.

On April 28, the Statesmen hosted the Lunenburg Center Chargers. The Statesmen used a fine pitching performance from Luke Skelton and multi-home run play from Jayden Gee to outlast the Chargers 11-1. A single from Camden Tucker and Brayson Arrington followed by a walk from Andru Lee would charge Ben Gibbs’ goals. Ben Gibbs reached first and scored the first point of the ball game on an error. Central scored its only run of the night on a Dillon Ball brace and a Hunter Word single. Jayden Gee followed things up with a two-point blast off the left field wall. Both teams played a clear game until the bottom of the sixth when Jayden Gee struck again, but this time with a grand slam on the left field wall!

On May 5, the statesmen welcomed the Buckingham County Knights. It was a close game as a two-out single in the top of the second inning by Jacob Carter scored two runs for the Knights. Additionally, the Knights added a run in the top of the fifth inning with a fly sack from Justin Gunter. The Statesmen pinned runners on the bases until the end of the fifth inning when a Junior Powell single scored a run. It was the only run the Statesmen could score as they lost 3-1 to the Knights of Buckingham County.