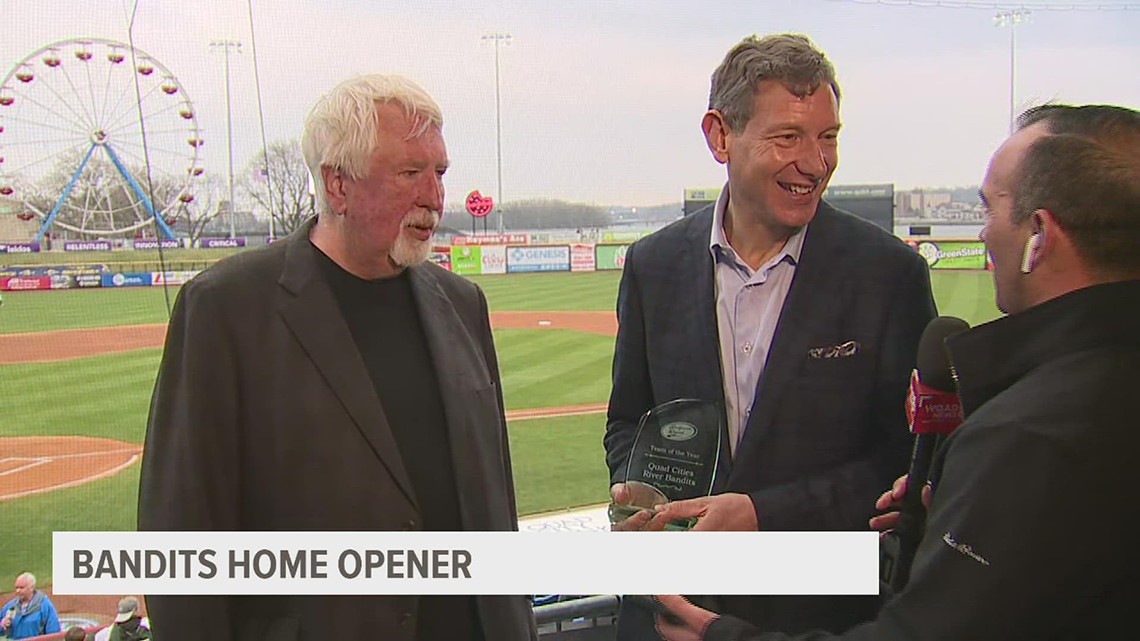 “It’s really special because it’s the gold standard of industry publications,” Heller said. “This is the (Baseball Digest) website that everyone in our industry reads and to be honored by your peers, to be honored by the people who know us best – that really means a lot, thank you.”

Along with lifting the Central High-A Championship trophy in their first year as an affiliate of the Kansas City Royals, the Bandits continued to provide off-court entertainment at Modern Woodmen Park.

The soon-to-be 91-year-old ballpark features a 110-foot Ferris wheel and amusement park rides to accompany special offers for fans and season ticket holders. Heller said there will be nearly 50 giveaways in the Bandits’ 66 scheduled home games this season.

The Bandits also added new amenities to its suites and MLB-standard facility renovations for the team.

“Player facilities are now state of the art – the best in the whole organization (Royals) will tell you that,” Heller said. “(Davenport) has been a great partner to work with and things like that help us become ‘Team of the Year’.”

Last season, the Bandits defeated the Kernels in five games to clinch their 12th league title in team history.