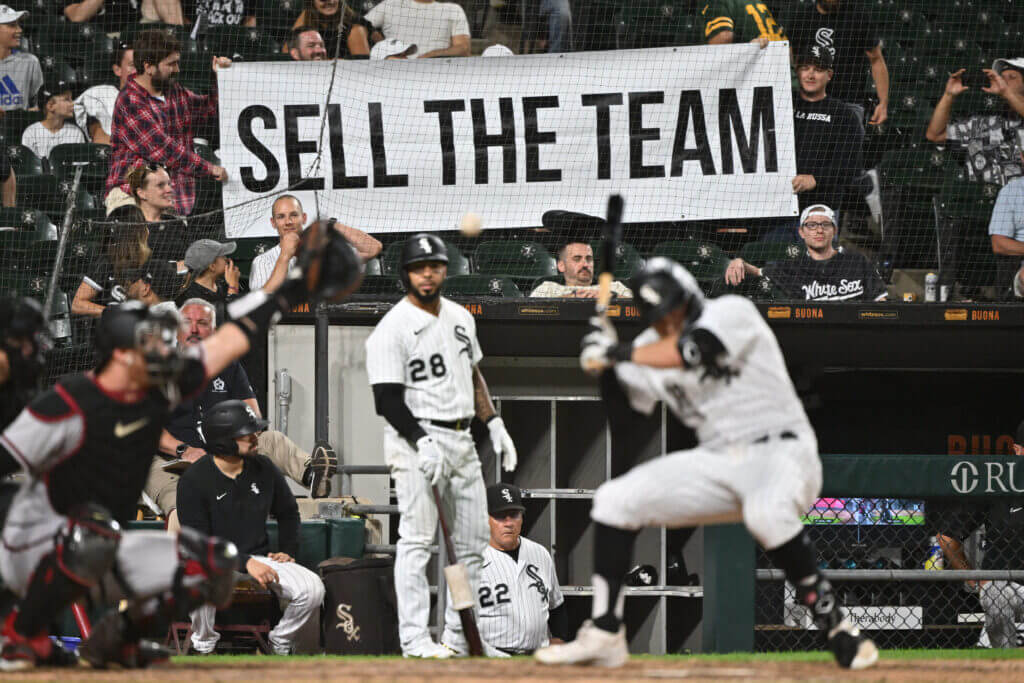 With the introduction of the White Sox “Project Birmingham” experience going so well in the Sox media ecosystem, I want to offer a similar idea.

It’s called the “Bridgeport Project,” an equally audacious plan to bring major league players together with their best coaches, coaches, and even executives. The goal would be to create a proactive and winning environment on the South Side of Chicago.

Sounds far-fetched? Maybe. But the Sox are modernizing their way of doing things. As GM Rick Hahn used to remind us all the time during the rebuild, just because the White Sox were doing things the way things can’t be changed.

“We have a staff the way they are and to be able to really anchor some of the core beliefs that we have and really continue to drive what the White Sox are,” White Sox assistant general manager Chris Getz told reporters recently. . “I imagine those players are going to be proud to be a part of that and maybe we’ll get another boost for some of those players.”


Tony La Russa has been a punching bag on the South Side, but the Sox’s failures aren’t all about him. (Kamil Krzaczynski/USA Today)

If you’re like me, you probably thought the Sox were going to stop giving catnip to the masses. But you also didn’t think there would be two games below .500 before the last days of August.

The White Sox host the Royals this week after being swept at home by the Arizona Diamondbacks, who pulled them down to 63-65 and five games behind Cleveland in the AL Central with 34 games remaining. I know what you’re thinking: “There are still 34 games left to play?” Even Jerry Reinsdorf is probably asking when the Bulls’ training camp starts. A third place wildcard was added this season and the Sox are 6 1/2 games behind the Blue Jays for that.

The Sox scored nine points in the three-game series against Arizona, while giving up 20. They were beaten 4-2. One of the Sox’s homers came in the ninth inning of a blowout 7-2 loss in the series opener. The other came in the first inning of the next game. So, for those two consecutive innings, they were overpowered. Otherwise, the usual blackout.

Only Sunday’s 3-2 loss was close; the other two were each decided by five runs. Arizona, I might add, is 59-67 and is fourth in the NL West. It’s pretty obvious that the Sox are the easy part of other teams’ schedules, not the other way around.

The most memorable moment of the series was the two fans holding up a “Sell The Team” sign. They pointed out the wire photographers, if not Reinsdorf. If the “Fire Tony” chants didn’t work, is that okay? Uh no.

In 2013, Reinsdorf told the Sports Business Journal (he was celebrated for his success in sports) that he advised his sons to sell the Sox and keep the Bulls when he died. The team, which is owned by a group of partners of which Reinsdorf is the president (Ozzie Guillen used to say he was just God) will eventually be sold, but it won’t be because of fan commotion. With two other teams in the market, the Nationals and the Angels, these sales will only improve the future value of the Sox.

Sox fans, an unruly bunch to begin with, are unusually, and rightly, fed up this season over the failed promise of a rebuild and two years of unsuccessful playoff teams. But they show up at the park. They’re on track to attract 2 million fans for the first time since 2011. Crowds in the 25,000 range might not blow your mind, but the atmosphere has been raucous this season, if not always positive.

So what will happen this offseason? I imagine that the beleaguered Tony La Russa will retire again and perhaps move on to a sinecure within the front office. The senior Hall of Fame consultant to the president sounds good. Hahn and Kenny Williams will continue. Also Chris Getz.

Who will lead the team in 2023? Well, the last three managerial searches were getting Robin Ventura to manage for some reason, promoting Rick Renteria for some reason, and unfreezing La Russa for some reason. Not exactly following Samuel Gérard’s “search every chicken coop” spirit of investigation.

Knowing the Sox, they will promote “Super” Joe McEwing. Or maybe they’ll bring Jerry Manuel back.

In keeping with the provincialism that would make Mayor Richard J. Daley blush, a good choice might be Willie Harris, the former Sox player and minor league manager who is now the third base coach with the Cubs. Of all the family choices, this one interests me the most. Harris certainly has the type of personality the Sox need right now, if not the managerial experience.

Hahn and Williams certainly have to think about the composition of this team and their own philosophical views on how a baseball team should be built. Because while you can blame La Russa for some things, what happened this season isn’t entirely his fault. La Russa has become an easy scapegoat for the longstanding problems of a consistently poor organization.

While we refer to the Sox as a failed “World Series contender”, is that really an accurate description? I know I’ve written it several times this year, but did I believe it? Not really. They were exposed in last year’s playoff loss to Houston and did nothing to improve on their flaws, mostly a porous defense, other than adding Josh Harrison and AJ Pollock. A low payroll is not the problem. On the contrary, the recent underperformance of former free agents like Yasmani Grandal, Lance Lynn and the liberated Dallas Keuchel, combined with years off by some of their young stars like Lucas Giolito, is the reason the Sox are brawling. in third place in a winnable division. And oh yeah, the injuries.

The Sox weren’t favorites to return to the Fall Classic, but they were an easy pick to win the division again. Any team projected for the playoffs is, in essence, a World Series contender. Or at least a competitor to do so. The Sox have talent, and even with injuries, they should be comfortably ahead in the division. That’s what has made this season so infuriating for so many people, inside and outside the organization.

Earlier this season, an industry source noted that the Sox reminded “everyone” that “the most important part of rebuilding is the hardest part – winning.” It reminded me of what another baseball executive told me when the rebuilding began: It’s not hard to trade valuable assets for prospects. It’s hard to put together a winning team. Hahn and Williams are well aware of this reality. But the product on the pitch is already in need of an overhaul when they have won almost nothing. The front office has done an admirable job of signing a handful of young players for extensions, but perhaps not all of them are meant to be there for the long haul.

The situation may have changed over the years, but there has been a consistent problem for the Sox. Build a winning team that is worth more than the sum of its parts.

They struck gold with the 2005 team, starting with the audacious hiring of Ozzie Guillen, the eyebrow-swapping of Carlos Lee for Scott Podsednik and the addition of “OK, of course” by AJ Pierzynski when no one wanted him. The Sox built a real team that year and while it didn’t result in lasting success, they have the same number of rings as the 2016 Cubs, who were built for the long haul. The Cubs, however, have made four straight playoff series and three championship series. The Sox would even kill to sniff out that kind of longevity.

There is no magic formula to building a winner. It takes a lot of work and creativity. So shut down 35th and Shields streets in October and break out the jackhammers, because the “Bridgeport Project” needs to kick off before it’s time for another rebuild.