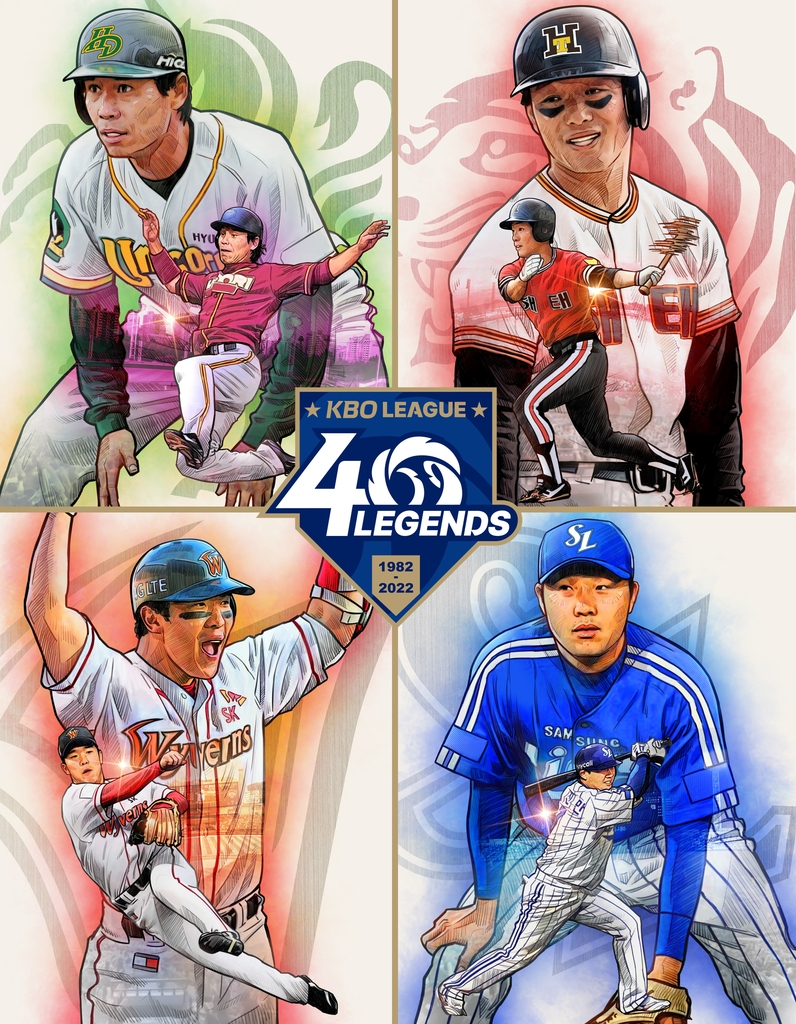 Fast outfielders and skillful outfielders became the latest members of the memorial team marking the 40th anniversary of professional baseball in South Korea on Monday.

Jeon, 34th in the vote of a panel of experts and fans, is the career leader with 549 stolen bases. Jeon was a highly touted pitcher in high school, but a shoulder injury forced him to play outfield in college. The former track athlete thrived on the base paths, and he still holds the KBO record with 18 consecutive seasons (1991-2008) of at least 10 interceptions.

In 1993, with the Lotte Giants, Jeon stole 75 sacks, the second-highest single-season total in league history. In 2004, Jeon stole 53 sacks to lead the KBO at age 35, becoming the league’s oldest stealing king.

Lee, who finished 37th in voting, won the 1985 Rookie of the Year award and the Golden Glove as a third baseman for the Haitai Tigers. But the team moved him to the outfield to make room for Han Dae-hwa – also a member of Team 40 Legends – in the hot corner, and Lee didn’t miss a beat.

He went on to win four more Golden Gloves – awarded to the top overall player at each position – as an outfielder. Lee had his best season in 1992, when he went 20-20 with a league-high 21 homers and 44 interceptions, while finishing first in hits, second in runs and ninth in average. at bat.

The three-time steals leader is tied for seventh on the career steals list with 371. He has also finished in the top 10 in home runs six times.

Jeong used his speed to good effect on the field, where the three-time Golden Glover became one of the KBO’s best defensive second basemen during the SK Wyverns’ heyday of the mid-to-late 2000s.

When it comes to the pitch, however, few could match Park’s brilliance. The smooth shortstop was that rare defender who passed the eyesight test and also had great player numbers to back up his reputation.

Park, 39th in the standings, never made it like most of the other members of the anniversary team. The five-time Golden Glove winner has struck. 261 for his career and reached just 0.185 in 112 games in 1997 with the Hyundai Unicorns.

But Park was a winner. He won four Korean Series titles with the Unicorns and two more with the Samsung Lions. At Beijing 2008, Park kicked off the gold medal double play for South Korea. His glove easily compensated for his bat. (Yonhap)