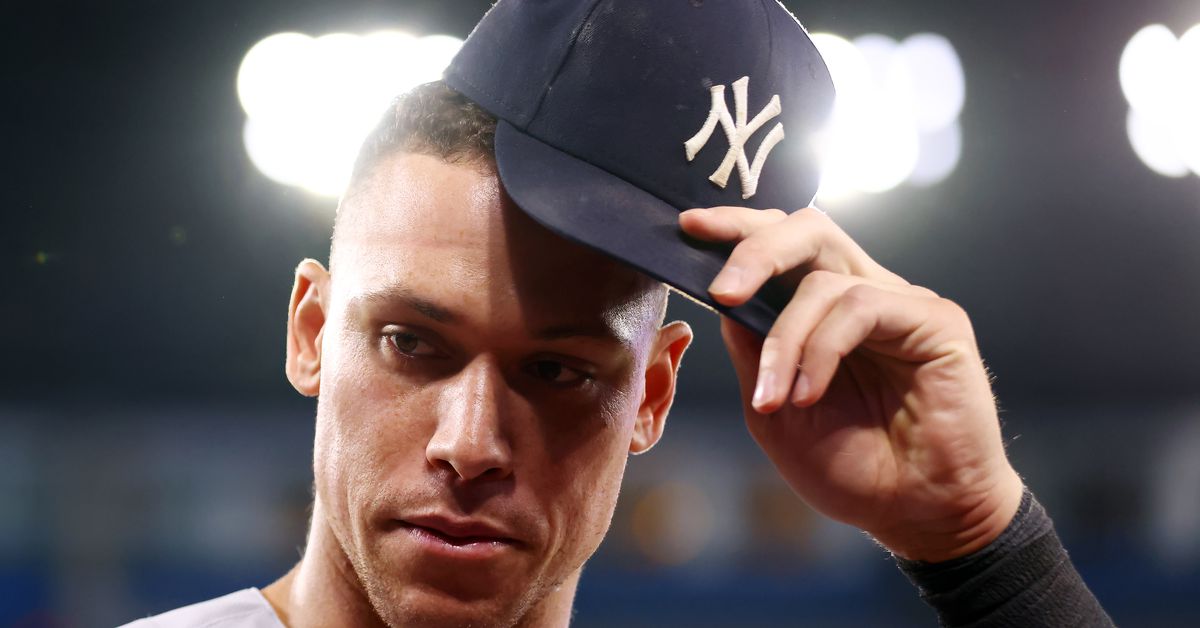 Here’s the place to chat if you’re watching the Yankees and Orioles game. Personally, I’m rooted for the Orioles to win so the Mariners win tonight, what I manifest in existence really matters. Let’s go birbs! Make sure the Mariners win it. Alternatively: Let’s go Yankees! Mariners fans have suffered enough. Either option is valid.

Score update for those of you just checking in: Baltimore is up 1-0 on a Ryan Mountcastle RBI single in the first, but that was it despite some base traffic against Domingo German. Aaron Judge struck out in the first, and the Yankees lost 1-2-3 to Jordan Lyles. Austin Hayes started the second with a brace, but the Orioles were unable to push him through. Go bitches! The Yankees arrive at the end of the second.

Update, 5:30 a.m. PT: The Yankees recovered one in the fifth on a solo home run by Oswaldo Cabrera, tying the score at 1-1. In the top of the sixth, Germán walked Rutschman and Santander to open the inning; the two runners then moved up to third on a groundout. Zach Britton comes to replace Germán and try to stifle the threat.

Update: Britton didn’t quell the threat and could actually be quite hurt as he walked the only hitter he faced and then threw a wild pitch that set up a run before going out with the coach. Ron Marinaccio came in and put down the Orioles uprising, so it’s down to the bottom of the sixth in a game that was moving at light speed but has now slowed down a bit.

Update, 6:30 a.m. PT: Things remain at 2-1. Aroldis Chapman is for the Yankees; Jordan Lyles, at 104 pitches, is likely done for the day, so the Orioles will also head to their bullpen.

Update, 7:02 a.m. PT: The score is still 2-1. The O’s again chased Lyles in the bottom of the eighth (why!) then immediately lifted him after allowing a single to Isiah Kiner-Falefa. Felix Bautista came in and intentionally walked Aaron Judge, earning a really big boo for his troubles, but was able to get around that traffic and hold the Orioles’ slim lead. Each team has three additional outs to work with.

Update, 7:16 a.m. PT: Scott Effross cleared some base traffic with a walk and a single, but Adley “not the ROY” Rutschman retired to end the inning. Down the ninth!

Update, 7:24 a.m.: DL Hall just came out and pushed, bringing Stanton out weakly, hitting old foe Marwin González on a swing and hitting Oswaldo Cabrera four-pitch. The Orioles win, 2-1, and the fate of the Mariners is in their own hands – for tonight, at least.