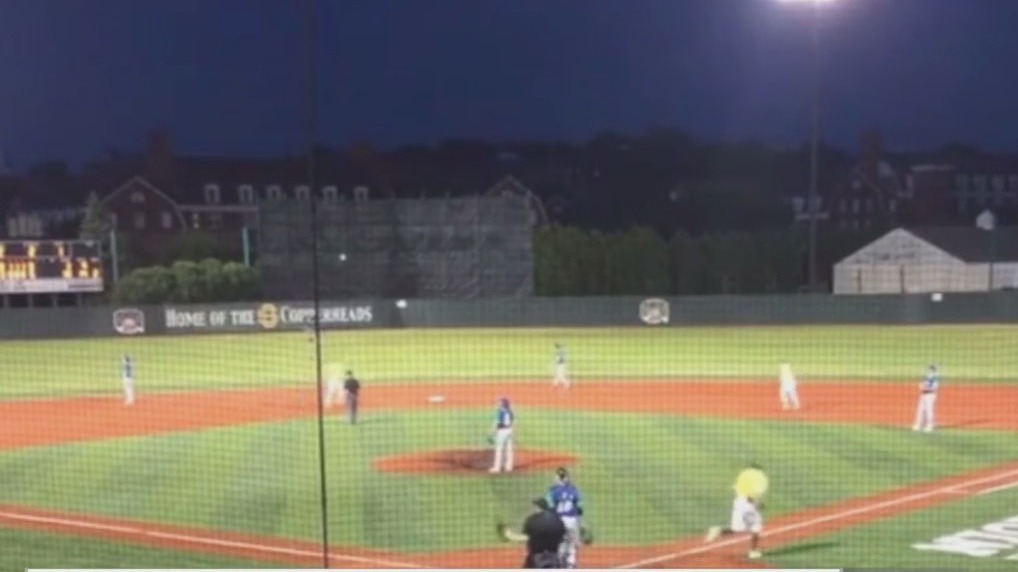 ATHENS, Ohio (WCMH) — The Great Lakes Summer Collegiate League wrapped up the baseball season in late July, playing 38 games against teams from Ohio and Indiana, but it wasn’t without its problems.

Frequent storms in the first half of June and through much of July forced frequent game delays for the Southern Ohio Copperheads, a student-run program at Ohio University. All home games were played at the Bob Wren Stadium in Athens.

The unique program familiarizes student personnel with the field of sports management, including ticket sales, player operations, broadcast, and business management. Charlie Clegg, a student general manager for the Copperheads and a senior at Ohio University, said crowds in Athens average around 2,000 for most games. Players gain a lot of knowledge through sports experience and interaction with enthusiastic fans.

Dylan Hoerner, a Copperheads pitcher who is currently attending Edison State Junior College in Piqua, is hoping to get a scholarship to a four-year college. Teammate Kyle Ratliff, who played center field and attends Southern Illinois University in Edwardsville, is thinking about the Major League Baseball draft.

The final home game of the season was Saturday, July 23 against the Sandusky Ice Haulers, followed by a road game the following afternoon in Newark against the Licking County Settlers.