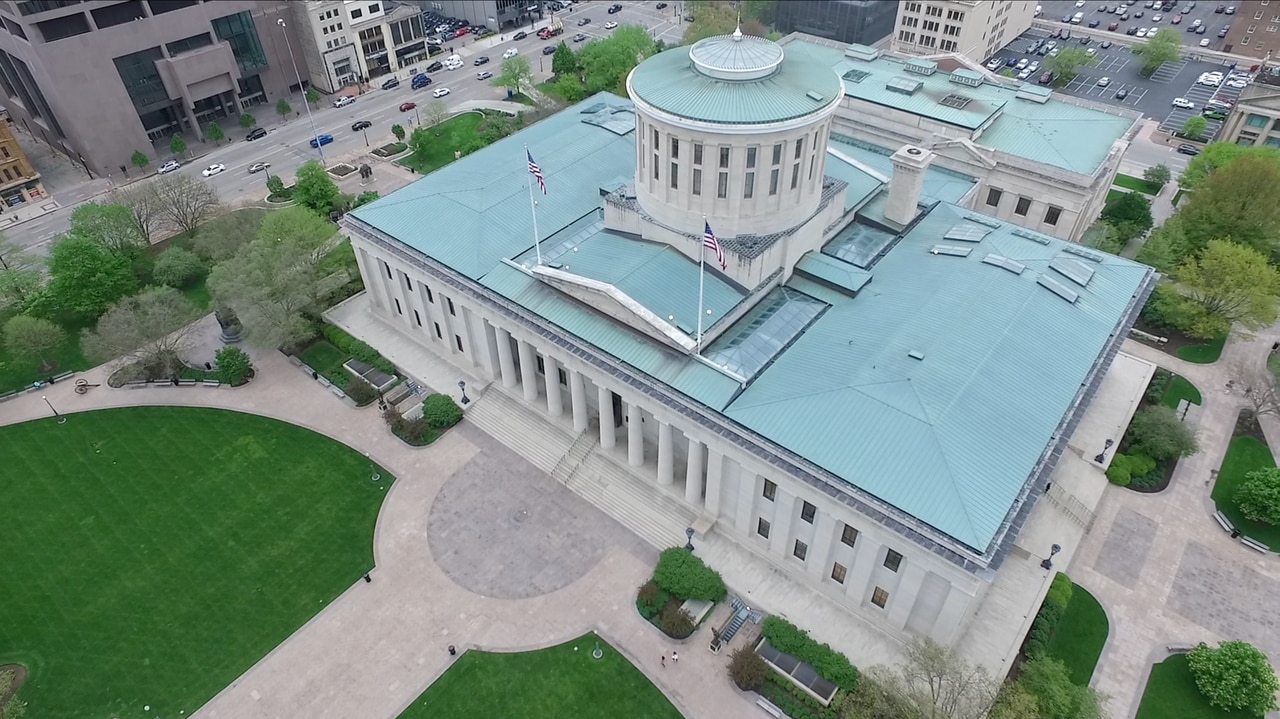 Training day: The Ohio Senate voted on Wednesday to advance House Bill 99, which would reduce the hours of training for teachers and other staff to carry a firearm on school property. As Andrew Tobias reports, the bill, which the House approved later Wednesday, would require training similar to that required by security guards and private investigators, who must complete 25 hours of training, under the law. current one, which requires 600 hours, like what police officers have to endure. The bill gained momentum as Republicans turned to making schools safer rather than pass new gun restrictions, in response to the school shooting in the last week in Texas. Gov. Mike DeWine has signaled he plans to sign it.

building blocks: Lawmakers sent Gov. Mike DeWine a $3.5 billion capital budget on Wednesday, which includes $191 million in community projects. Money for the budget comes from the state’s general fund and the American Rescue Recovery Act, among other funds. Laura Hancock explains how schools will be eligible for $100 million in security grants from the budget and how Intel incentives will be funded.

On the ballot: The Senate also approved a pair of proposed constitutional amendments – another barring noncitizens from voting in Ohio and another requiring judges to consider public safety when setting bail for defendants. – that voters will decide in November. According to Tobias, the only way the measures won’t pass is if the Ohio Supreme Court finds fault with the process by which they were approved. It should be noted that all seven Democratic senators present on Wednesday approved the noncitizen voting amendment, compared to the majority of House Democrats who voted against it last week.

Bet on it: The Ohio Casinos Board of Control announced Wednesday that the universal start date for sports betting will be Jan. 1, the deadline set by the legislature, reports Seth Richardson. That means Ohioans won’t be able to place bets on time for most of the college and NFL football season, although bowling games and the playoffs are in play.

the hunting house: GOP congressional candidate Madison Gesiotto Gilbert bought three homes in Stark County since 2019 and spent more than three months running for a Toledo-based congressional seat before announcing in March that she would run rather in the newly reconfigured 13th congressional district that includes all of Summit County, a slice of Portage County and northern Stark County, writes Sabrina Eaton. Gilbert’s repeated moves and uncertainty over where to run for Congress have prompted all-in allegations from the camp of Democratic candidate for the seat, longtime Ohio lawmaker Emilia Strong Sykes of Akron.

Questions for Jordan: The select committee investigating the Jan. 6 attack on the U.S. Capitol on Tuesday gave Champaign County’s Jim Jordan until June 11 to answer questions about his role in the efforts of the former President Donald Trump to overturn the results of the 2020 presidential election, Eaton reports. In doing so, he provided a schedule of Jordan’s “meetings, calls and communications” with Trump administration officials to further that goal.

Support for Dettelbach: As part of its bid to seek confirmation from the US Senate of the confirmation of Steve Dettelbach as head of the US Bureau of Alcohol, Tobacco, Firearms and Explosives, the White House released on Tuesday several letters of support from Ohio law enforcement officials and religious leaders, Eaton writes. The letters are part of a campaign by the administration to secure Senate approval of his nomination. The ATF has had only one confirmed director since 2006, when Senate confirmation became necessary for the position, as the position became a lightning rod in the debate over gun control and owner’s rights. of weapons.

As you wish: A Franklin County judge has dismissed a lawsuit filed by five members of the Ohio Republican Party’s central committee against party leaders in the state, including ORP Chairman Bob Paduchik. According to Tobias, Judge Jaiza Page rejected all of the committee members’ legal arguments, including the ruling that the cited laws committee members did not apply to political parties.

Glad to eat you: Gov. Mike DeWine announced Wednesday that his administration has awarded $15 million to 75 Ohio meat processors, describing the move as strengthening “the local meat supply chain and reducing reliance on processors.” meat out of state”. See the full list here.

We went out : A pair of Democrats announced on Wednesday they were forfeiting their respective races for Statehouse after a federal court implemented a map deemed unconstitutional. Oakley’s Colleen Reynolds bowed out after being dragged into a district with incumbent Democratic Representative Sedrick Denson, reports by Jessie Balmert of the Cincinnati Enquirer. Former Cleveland Councilman Jeff Johnson ended his campaign after his East Side district was lured to include some Western Cuyahoga County suburbs, diluting the black population to just 25%, Richardson reports.

Dead heat: A USA Today Network Ohio/Suffolk University poll on the Senate race showed a close contest between Republican JD Vance and Democrat Tim Ryan, Haley BeMiller reports from Columbus Dispatch. The poll showed Vance at 41.6% to Ryan at 39.4%, well within the margin of error of 4.4 percentage points.

Ohio born: Admiral Linda Fagan became the first female commander of the Coast Guard after being sworn in by President Joe Biden on Wednesday, by Axios. Fagan is a native of Columbus and was drafted into the Coast Guard for more than three decades.

Pay the bill: Hamilton County Commissioners will vote tonight on whether to spend at least $10 million to convert Paul Brown Stadium from a soccer field to a soccer field in time for the 2026 World Cup, reports by Scott Wartman of the Cincinnati Enquirer. The funds are part of a potential deal with FIFA, although these costs do not include estimates for items such as insurance, suite upgrades or other football governing body requirements .

Filming of the weekend: Ohio Highway Patrol identified Broderick Harper, a 16-year-old Licking Heights High School student, as the victim of a fatal shooting on the Ohio Statehouse lawn over the weekend, Columbus Dispatch’s Bethany Bruner reports. Harper was riding electric scooters with three other people. The Ohio Highway Patrol is investigating the shooting.

Five things we learned from May 15 Financial Disclosure Form of State Representative Willis Blackshear, a Democrat from Dayton.

4. The Ohio House of Representatives reimbursed Blackshear for $1,745.18 in mileage.

Agriculture Secretary Tom Vilsack will join Toledo Democratic Rep. Marcy Kaptur on a Thursday visit to Market on the Green, where the pair will highlight the USDA’s framework for transforming the food system in the country.

“Given that you have always said, ‘I have nothing to hide,’ we expect you to be willing to clarify statements for us.”

-Bennie Thompson, Chairman of the United States House Select Committee investigating the January 6 attack on the United States Capitol, in a letter to GOP Rep. Jim Jordan asking Jordan to Cooperate with the investigation, including by eliminating inconsistencies with Jordan’s publicly announced timeline.

Capitol Letter is a daily briefing providing succinct and timely information to those who care deeply about decisions made by state government. If you are not already a subscriber, you can register here to receive free Capitol Letter in your e-mail box every day of the week.