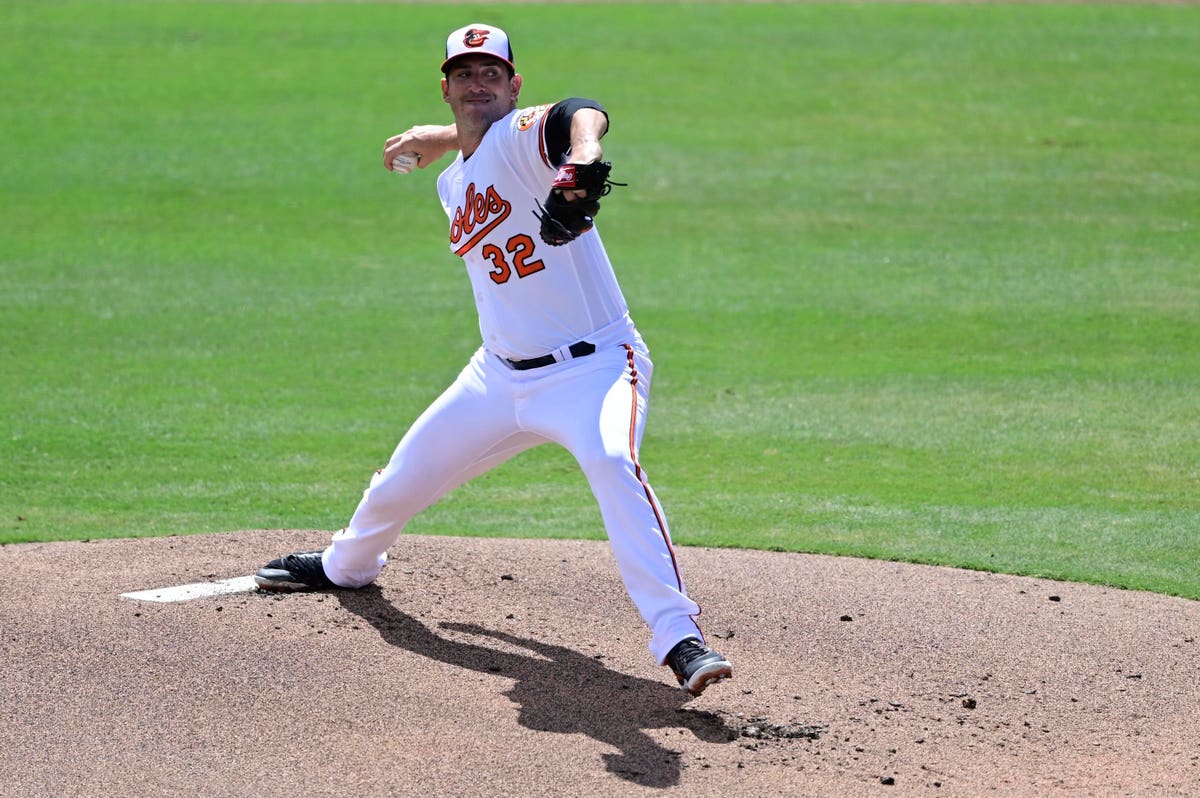 They were both first-round picks, drafted a year apart, with Matt Harvey to the New York Mets in 2010 (7th overall) and Trevor Bauer to the Arizona Diamondbacks in 2011 (3rd overall).

Every right-hander has reached baseball milestones early in their major league career. Harvey started the 2013 All-Star Game for the National League at Citi Field and was later part of the Mets’ rotation in the 2015 World Series against the Royals. Bauer, meanwhile, won the NL Cy Young Award with Cincinnati during the pandemic-shortened 2020 season, then signed a record-breaking, $102 million, three-year contract with the Los Angeles Dodgers.

Harvey, 33, was suspended 60 games for dealing an illegal drug, and the discipline stems from testimony he gave earlier this year in federal court in Texas. Harvey was a witness in the federal trial of former Angels communications director Eric Kay, and Harvey said he provided Angels teammate Tyler Skaggs with opioids during the 2019 season. According to a Department of Justice news release, Kay was found guilty of two drug charges, including supplying lethal drugs to Skaggs that contributed to his overdose death on July 1, 2019.

The 60-game sentence given to Harvey is the punishment given to first-time offenders who distributed an illicit drug, although the length of the suspension could be up to 90 games. Repeat offenders of the same transgression receive a two-year suspension. Harvey did not appeal his discipline.

“Matt Harvey admitted under oath in federal court to distributing drugs – a felony in California – among other illegal activities like taking drugs himself, in a case where a teammate died. ’60 games,'” Bauer tweeted on May 17, the day Harvey’s suspension was announced.

Bauer’s suspension is significantly higher than Harvey’s — 324 games — and MLB announced Bauer’s punishment on April 29. But unlike the penalties established in the JDA, which include suspensions for use of performance-enhancing drugs, baseball commissioner Rob Manfred has the authority to hand out suspensions of whatever length to players the league has found to be in violation. the joint policy on domestic violence, sexual assault and child abuse. And the terms of that policy — including the commissioner’s discretion over penalties — were also collectively negotiated by the league and the players’ union.

Bauer’s 324-game unpaid ban is the longest of any penalty imposed on a player by Manfred since the policy was implemented in August 2015, and Bauer, 31, is the first player to appeal. Bauer’s arbitration hearing began Monday and the proceedings are believed to be taking place at a location other than MLB’s current offices in Manhattan. It’s also possible that in the Covid fallout some of the proceedings will take place via video.

The players’ union, MLB, and representatives for Bauer all declined to comment.

When former Yankee Alex Rodriguez fought his PED suspension in 2013 (211 games), the arbitration hearing took place at the MLB offices on Park Avenue for two months. As proceedings began, a swarm of Rodriguez supporters and media gathered outside 245 Park Avenue, even though the hearing was confidential.

Last year, a San Diego woman brought sexual assault charges against Bauer in a statement attached to a request for a temporary restraining order. The allegations stemmed from two sexual encounters between the woman and Bauer at the pitcher’s home in Pasadena. Bauer’s attorney and agent, Jon Fetterolf, said in late June 2021 that Bauer had “a brief, entirely consensual sexual relationship” with the San Diego woman.

In August 2021, the woman was denied a permanent restraining order against Bauer by a Los Angeles Superior Court judge after a four-day hearing. Judge Dianna Gould-Saltman also dissolved the temporary restraining order and said in her ruling that the San Diego woman’s original statement was “substantially misleading.”

And earlier this year, the Los Angeles County District Attorney’s Office declined to press charges against Bauer after a five-month review of the Pasadena Police Department’s investigation into the allegations. Bauer also posted a video in which he said he had “consensual violent sex” with the San Diego woman and never assaulted her.

But in addition to having the power to suspend a player for violating the joint policy on domestic violence and sexual assault, Manfred can also sanction a player even if there has been no arrest, no criminal charges filed or if the player has not been convicted.

After Bauer was suspended, he vowed to appeal, which involves filing a grievance. The arbitration hearing will see Bauer and his attorney, along with union representatives face off against the league and its representatives, possibly led by Deputy Commissioner Dan Halem. The onus will be on MLB to prove that such a ban is justified.

Independent arbitrator Martin Scheinman will hear both sides present their case and then rule on the matter. If Scheinman upholds the 324-game ban, Bauer could stand to lose $60 million in salary. A 324-game suspension would also extend beyond the length of his contract with the Dodgers, and he would be a free agent in 2024.

Scheinman could also reduce the length of the ban or overturn Manfred’s punishment, although baseball sources said the outcome was unlikely. Even if Bauer’s ban is reduced, multiple reports have indicated that the Dodgers may consider releasing him and absorbing the financial blow.

The San Diego woman and two other accusers — both women from Ohio — could be witnesses at the arbitration hearing, which could stretch into the summer. The charges of the two Ohio women were reported by the Washington Post in separate stories. Bauer also denied those allegations.

Bauer last pitched on June 28, 2021, but during the appeal process he cannot play. Until his sanction was announced, Bauer was on paid administrative leave, which began July 2, 2021 and has been extended several times.

Harvey’s suspension is retroactive to April 29, according to an ESPN report. He signed a minor league contract with Baltimore earlier this year, and last season was 6-14 with a 6.27 ERA for the Orioles.