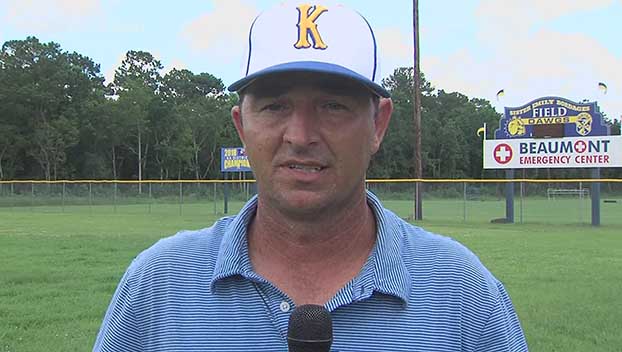 Post-pandemic, Gulf Coast Museum director Tom Neal had a long list of names he said were overdue for admission to the museum’s halls of fame.

One of the names on that list was former Beaumont West Brook baseball player Jason Tyner.

The former Bruins player and Major League Baseball player will be one of four Hall of Fame inductees on Saturday. He will join former Port Neches-Groves defensive back Mike Simpson and former Orangefield pitcher Jeff Granger as inductees into the Sports Hall of Fame.

Legendary lawyer Walter Umphrey will receive a posthumous induction into the Notable People’s Hall of Fame.

“I’m amazed at the talent,” Neal said. “I feel honored and blessed to be able to recognize these guys. What’s so interesting is that you can tell what all these people did, but when you dig a little deeper, you can find all these cool stories that get you noticed. I find it an incredible experience to find out what these people have done.

Tyner was born in Bedford in 1977. He attended West Brook High School, where he was named Beaumont Student Athlete of the Year and was a member of the National Honors Society his junior and senior years.

After his high school career, he attended Texas A&M, where he thrived on diamond.

He broke the school single-season stolen base record with 41 and recorded 107 hits.

By the time he finished at A&M, Tyner had the school career high for hits (307) and stolen bases (119). He was also second in career batting average and third in batting. His career totals were even more remarkable considering that he only played three seasons with the Aggies before turning pro.

His stay in New York was short-lived as the Mets traded him the following month to Tampa Bay. His speed was on display in Florida as he broke the then-club record for stolen bases in a season with 35.

Tyner bounced around at different clubs until his retirement in 2009.

Tyner lives in Southeast Texas with his wife and four children. He is the baseball coach at Kelly Catholic High School. Each year, he awards a student athlete a $1,500 Juliet Tyner Memorial Scholarship Foundation, named in honor of his mother, who died of breast cancer in 1998.

“The academy has over 170 kids,” Neal said. “They run many programs in the area.”