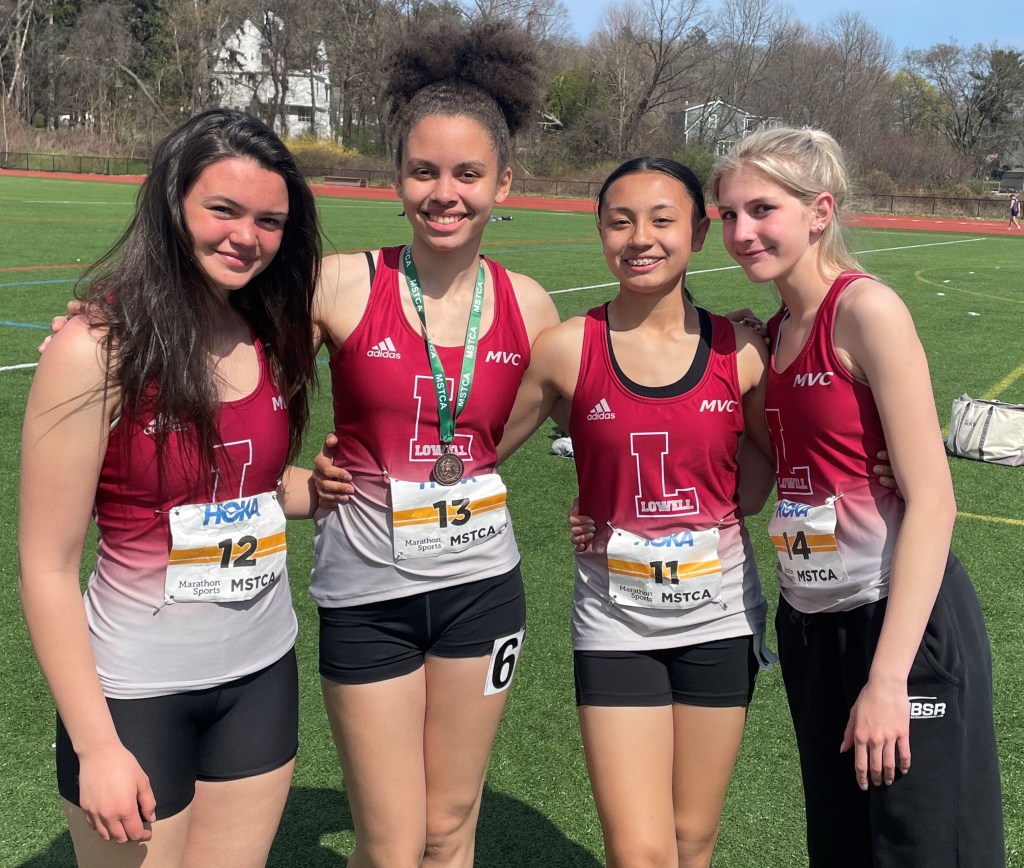 Lowell High School’s women’s track and field team did their best to compete in Saturday’s pentathlon at the MSTCA Multi-Fest in North Andover.

Junior Annamaria Mbuyu made her mark scoring sixth with 2,391 points, the third best total in school history. Mbuyu performed very well throughout the competition placing second in the 100 hurdles high and the long jump, while finishing third in the high jump.

Sophomore Quinn Petzold had strong competition placing 11th with 1,963 points. She took a fifth place in the long jump, while placing eighth in the high jump. Junior Olivia Gallagher was a constant threat finishing 20th, while second Drea Defreitas used a fifth-place finish in the high jump to help her to 22nd overall.

Tied 3-3 at half-time, Billerica found her footing with Julia Trainor scoring a pair and adding an assist. Giovanna Gulinello and Paige Murphy completed the scoring. Goaltender Katelyn D’Agostino made three saves in the win.

Owen Duggan had two hits, a run and an RBI, as Shawsheen stopped North Reading.

Major League Baseball was desegregated 75 years ago, but it’s still plagued by racism