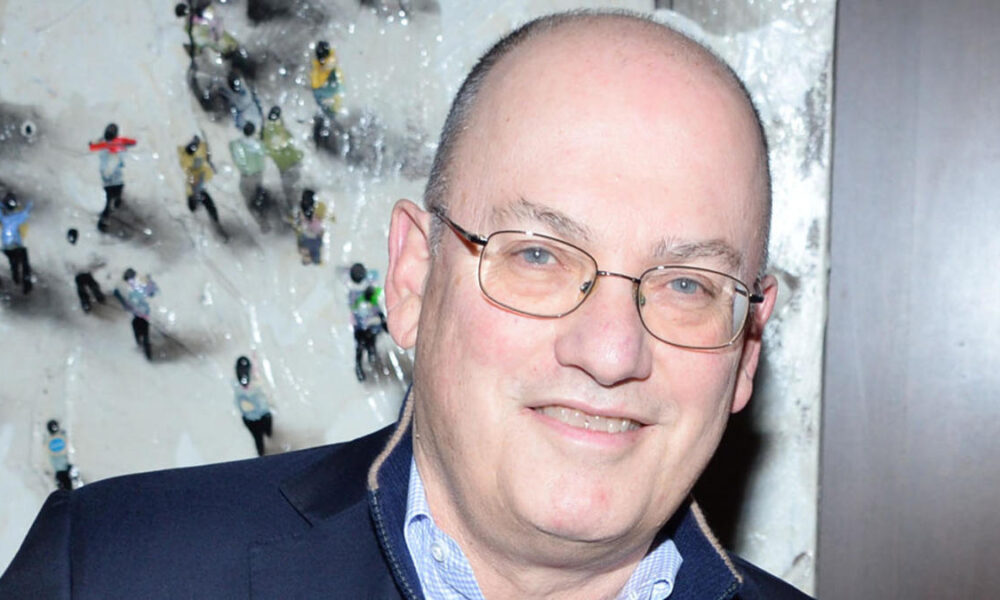 Let’s talk about the owners of Major League Baseball

A common complaint from baseball fans during labor disputes is, “We’re sick of millionaires fighting billionaires. This may seem reasonable at first glance, but it doesn’t take into account the big difference between millionaires and billionaires:

They aren’t even remotely in the same stadium so please don’t act like they’re equal. Plus, not all MLB players are millionaires because most players don’t have long careers. Many have left baseball by the time they turn 30, having been paid below the market for most of their careers and below poverty in the minor leagues. According to Travis Sawchik, in 2019, the players in pre-arbitration – those who are the least paid – “represented 53.6% of the days of service accumulated, but only 9.8% of the remuneration of the players”.

Also, keep in mind that you love your team a lot more than the billionaire owner. Many of you have grown up supporting a team since your childhood. You are faithful. You stay with your team through good times and bad, get to know the players and announcers, go to the stadium if you can afford it and watch games on TV or on your phone or listen to the radio when you cannot be there in person. In contrast, many billionaire owners view the team as a lucrative operation, prioritizing profit over product on the pitch. Some owners are companies driven solely by shareholder value.

“The dollars and cents are an embodiment of our values”

Also, let’s not compare the salaries of baseball players to those of teachers or firefighters or nurses or grocery store clerks who deal with unruly customers during a pandemic. In a fairer world, we wouldn’t have massive disparities in people’s income, and CEOs wouldn’t earn 351 times the salary of a typical employee. We don’t live in this world. We live in this world, which Bill James aptly described in one of his essays:

One of the unwritten laws of economics is that it is impossible, really impossible, to prevent the values ​​of society from manifesting in dollars and cents. This is, ultimately, the reason why we pay so much money to athletes: that it is very important for us to be represented by winning teams. The typical example is cancer research; letters are popping up all the time saying it’s absurd for baseball players to make twenty times more money than cancer researchers. But the hard and inevitable fact is that we, as a nation, are far more interested in having great baseball teams than in finding a cure for cancer.

This amount of money that we put into athletics makes it inevitable that athletes will be paid more than cancer researchers. Dollars and cents are an embodiment of our values. Economic realities are not what we should believe, not what we like to say we believe, not what we might choose to believe in a more perfect world, but what our beliefs actually are. No matter how much we complain about it, no one can stop this truth from coming out.

MLB players are the best in the world at what they do and they generate billions of dollars in value for the sport. This is the reason they get paid so much. In addition, unlike other professions, they can choose their place of work only many years after the start of their career, if they last long enough in sport. They are drafted as soon as they leave high school or college and essentially have no other recourse than to sign with the team that drafted them. We would never force the best young doctors out of medical school to be recruited into a hospital and then forced to work there for the next 10 years.

How many owners are billionaires?

In today’s environment, most MLB teams are owned by billionaires. And despite what they may claim to lose money (without producing any evidence), they all make money every year or will make a huge profit when they sell the team. The following table was created from information from an article on Forbes magazine,

It’s quite a treat. Two major league teams are owned by media companies. Twenty-one of the other 28 are owned by billionaires. That includes the Pittsburgh Pirates, with their laughable payroll, which brings us to the graph below which shows the expected cost in 2022 of each team’s 40-man roster versus the average cost of their 40-man roster. 2017 to 2021. This information comes from Cot’s Baseball Contracts.

Some of the numbers for 2022 will change once the lockdown is over and more players are signed, but at the moment we see that only nine of the 30 teams are expected to spend more on their 40-player rosters in 2022 than they spent in average over the previous five seasons. A third of the league is expected to spend significantly below this average.

You might be thinking, “Yes, but homeowners lost money during the pandemic, so they need to cut their payroll. “

NEED to reduce the payroll? Not really. Consider this: When teams make more money in a particular season, they don’t give players big bonuses. They take that profit. In the years leading up to the pandemic, teams were reaping the benefits. If they lost money during the pandemic, that doesn’t mean players have to share the loss. No business is guaranteed to make money every year, but workers always deserve to be paid.

If you’re interested in your favorite team’s payroll over the past decade, the following graph shows the payroll for each 40-man team from 2012 to 2021, with their maximum payroll highlighted in yellow and their highest payroll. lowest highlighted in green. The average payroll per team is at the bottom and reveals that wages have leveled off since 2017, which was the first season after the previous CBA deal in November 2016. Compare this plateau with the previous steady increase in payroll in the past. during the period 2012-2016. CBA which was signed in November 2011. Major League Baseball revenue has grown tremendously over the past five seasons, but the payroll has not kept pace. It’s just more money in the billionaires’ wallets.

One more thing to remember is that the values ​​of baseball franchises have steadily increased over time. Thanks to Forbes magazine, the graph below shows how every franchise except one has appreciated during the reign of current ownership, sorted from highest increase to lowest.

As you can see, the value of most of these franchises has increased significantly. For the three most recently sold franchises – the Marlins, Royals and Mets – I have included a note above showing how much these franchises have grown in value under previous ownership.

In recent years, billionaire baseball owners have been able to convince some fans to care about their team’s payroll, which doesn’t make much sense because the team’s payroll doesn’t come out of the pocket of their team. fans. NOTE: Ticket prices are a matter of supply and demand and are not based on payroll. Ask yourself, “When was the last time a team cut salary costs in half and then cut ticket prices as well?” It never would be. Ideally, MLB and MLBPA owners will agree on a new collective agreement before it affects the 2022 season. In the meantime, beware of anything you hear from billionaire owners and from the media companies they influence, including the national baseball journalists known to be the property spokespersons, Commissioner Manfred and members of the MLB Network, which is owned by MLB. Finally, remember that you are baseball fans and not the general manager of your favorite team. Don’t worry about the price it costs the billionaire owner, just encourage your team to do their best to win games, advance to the playoffs, and hopefully win a World Series championship.