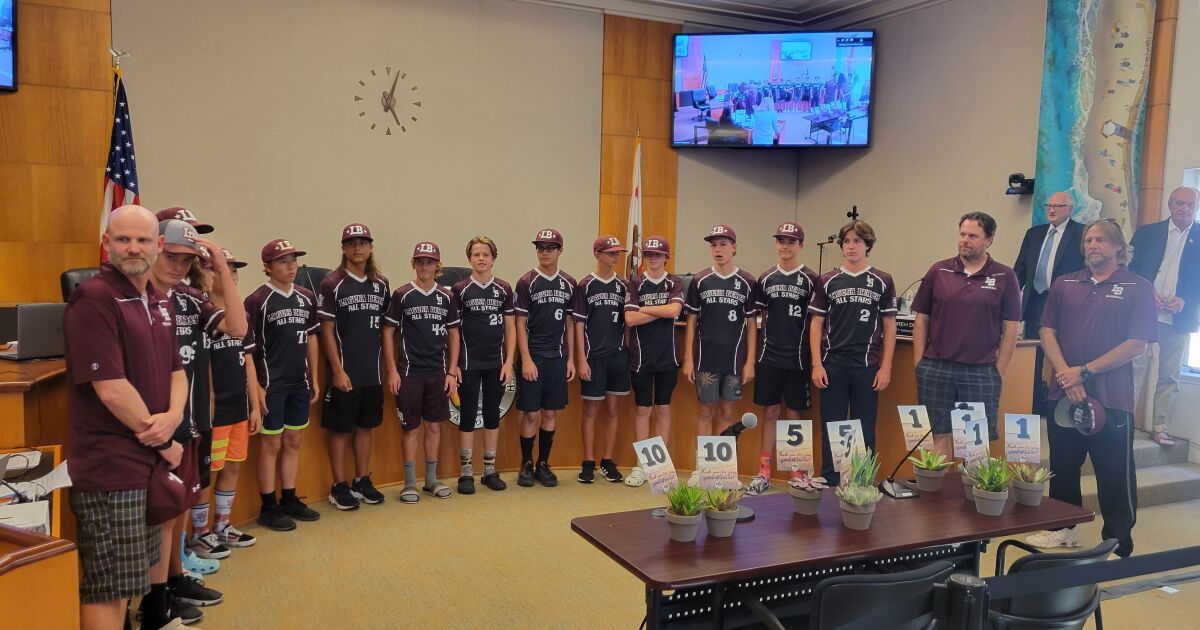 After a spectacular season in which they made it all the way to the Western Regional Finals, Laguna Beach’s Little League All-Star Intermediate Team was honored at City Hall on Tuesday night.

The team went 13-2 in 15 playoff games, winning the District 55, Section 10 and Southern California State tournaments, all of which marked a first in the history of the small Laguna Beach league.

This summer’s boys in Laguna Beach became just the fourth team from District 55 to win the Southern California State Championship and the second team from the district to earn regional runner-up accolade.

Mayor Sue Kempf read a proclamation of these accomplishments with the team and their coaches in front of the stage. The family members were then invited to take photos with the group after their memorable run on the baseball field.

In other City Hall news, the city accepted a $110,000 grant from the Bureau of Highway Safety at the Laguna Beach City Council meeting on Tuesday, with the funds to be directed towards efforts related to the Education and DUI Enforcement.

Grant money can be used for overtime wages and the purchase of equipment used to raise awareness and enforce the law against people driving under the influence of drugs and alcohol.

The grant, which runs until September next year, will also fund education and enforcement operations focusing on distracted driving, as well as cycling and pedestrian safety events.

Support our coverage by becoming a digital subscriber.