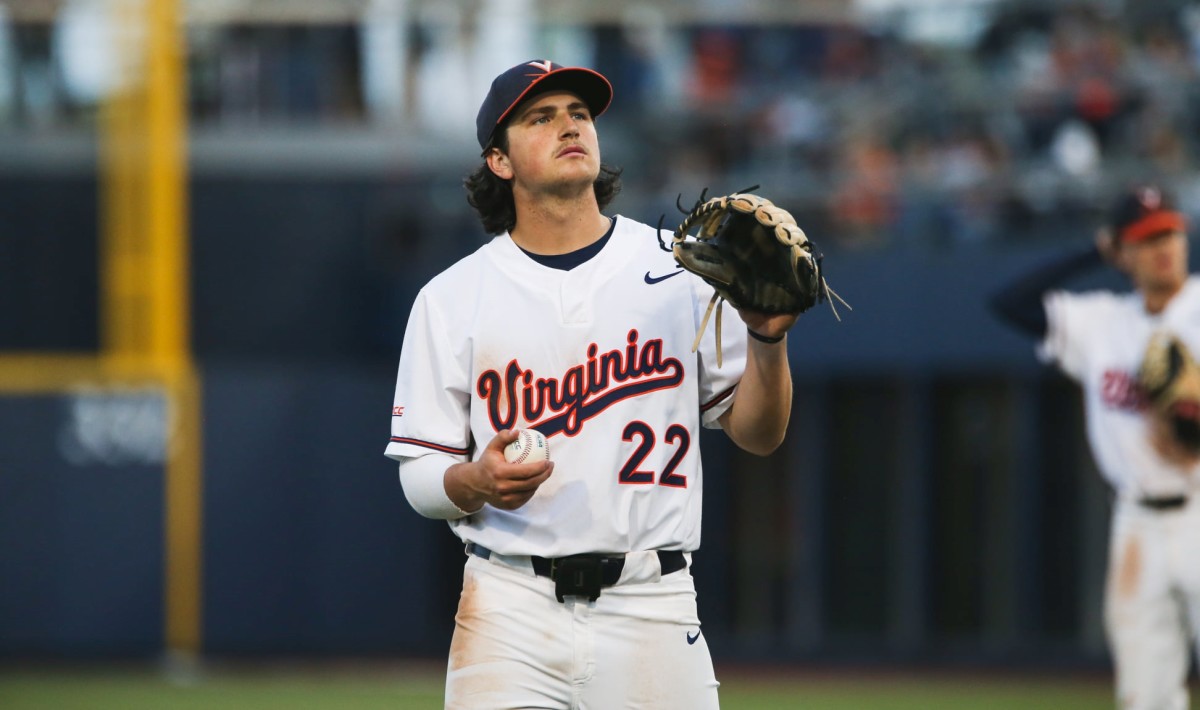 USA Baseball’s collegiate national team is set to hold training camp later this month in Cary, North Carolina, and two baseball players from Virginia will be among the players vying for a spot on the roster. It was announced Wednesday that UVA third baseman Jake Gelof has been invited to training camp, joining Cavalier teammate Kyle Teel, who was invited to camp for the second straight season on May 18.

Teel and Gelof are among about 50 top undraft eligible college baseball players who have been invited to training camp. These players will participate in a five-game intra-squad series called Stars vs. Stripes which will run from June 30 to July 4. After the series, USA Baseball will announce a 26-man roster for the collegiate national team that will compete at Honkbalweek Haarlem in the Netherlands from July 9-15.

Gelof was a first-team All-ACC selection this season after batting .377 with 21 homers and breaking the UVA program’s single-season record with 81 RBIs. Kyle Teel will seek to become the first UVA player to make the USA Baseball Collegiate National Team two consecutive summers since Sean Doolittle accomplished the feat in 2005 and 2006. A total of 13 Cavaliers have represented Virginia on the team. national USA Baseball Collegiate. :

The Stars vs. Stripes series kicks off at the USA Baseball National Training Complex in Cary on June 30 at 7 p.m. Games 2, 3 and 4 of the series will take place at Durham Bulls Athletics Park from July 1-3. Finally, the series will conclude on July 4 at 6:05 p.m. at Truist Field in Charlotte. All games in the Stars vs. Stripes can be watched online at USABaseball.com.