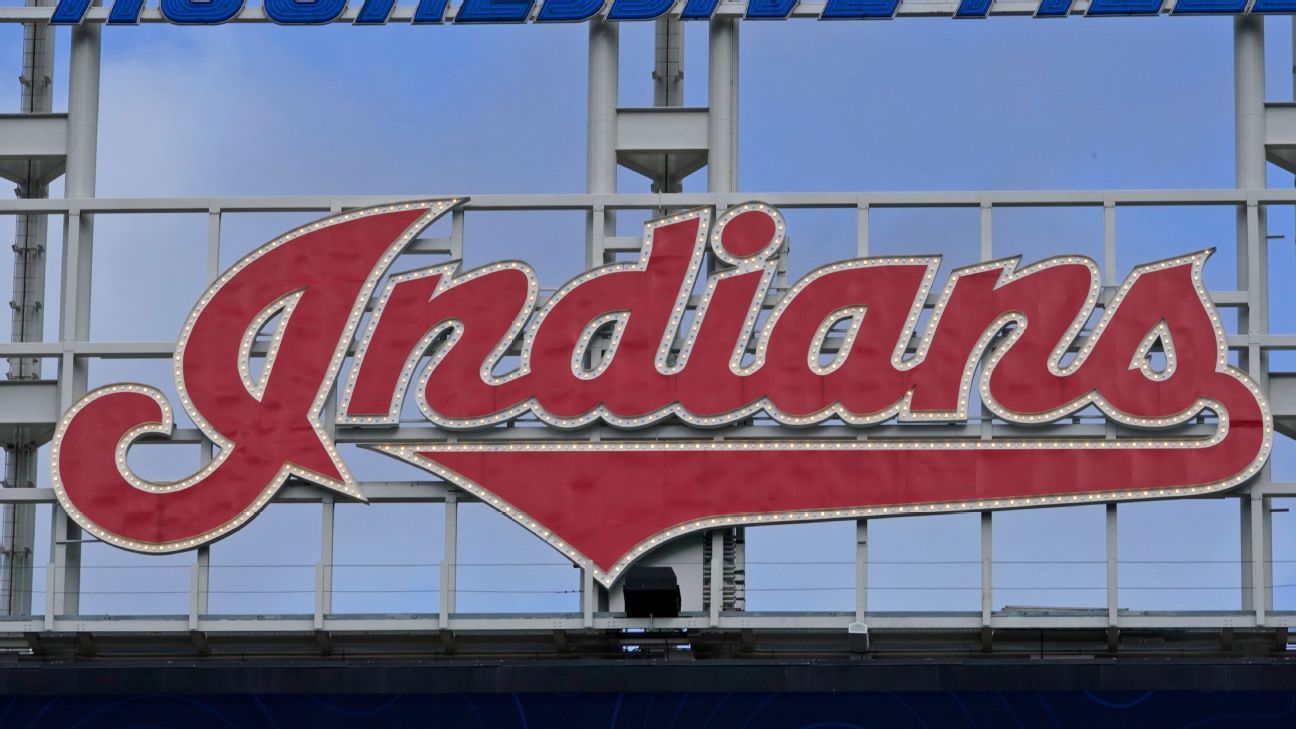 CLEVELAND – The Indians began removing the team’s scripted logo atop the giant scoreboard at Progressive Field on Tuesday as they transferred their name to the Guardians.

The teams began to take the letters apart, starting with the “I” on the 80-foot-long panel. This is another step in the offseason change for the Major League Baseball team, which has been called the Indians since 1915.

Removal of the letters is expected to take several days. After cutting the first letter, workers had to carefully remove a section to be lifted with a crane between two of the stadium’s toothbrush-shaped light towers.

Windy conditions forced the crew to stop after a few hours.

Once completely removed, the panel will be stored while the team assesses options for a permanent location for it. In July, owner Paul Dolan joked that he was too big to fit in his basement.

When the Indians left the Municipal Stadium in 1994 for their new baseball stadium, which was then known as Jacobs Field, a neon sign with their Chief Wahoo logo was removed and is now displayed in the Western building. Reserve Historical Society.

A new “Guardians” sign will replace the old one and will be erected before the opening day 2022.

The American League franchise announced earlier this year that it was changing its name following nationwide consideration of racist names and symbols.

The team has already removed other signage inside and outside the city center stadium. The official team name change is expected to take place in a few weeks, when Guardian merchandise goes on sale.

The change ran into a problem last week when a roller derby team known since 2013 as the Cleveland Guardians sued the baseball team in federal court, alleging the change damaged its brand.

In a statement, the Indians said they do not believe there is a conflict between the parties and remain confident in their position to move forward with the name change.