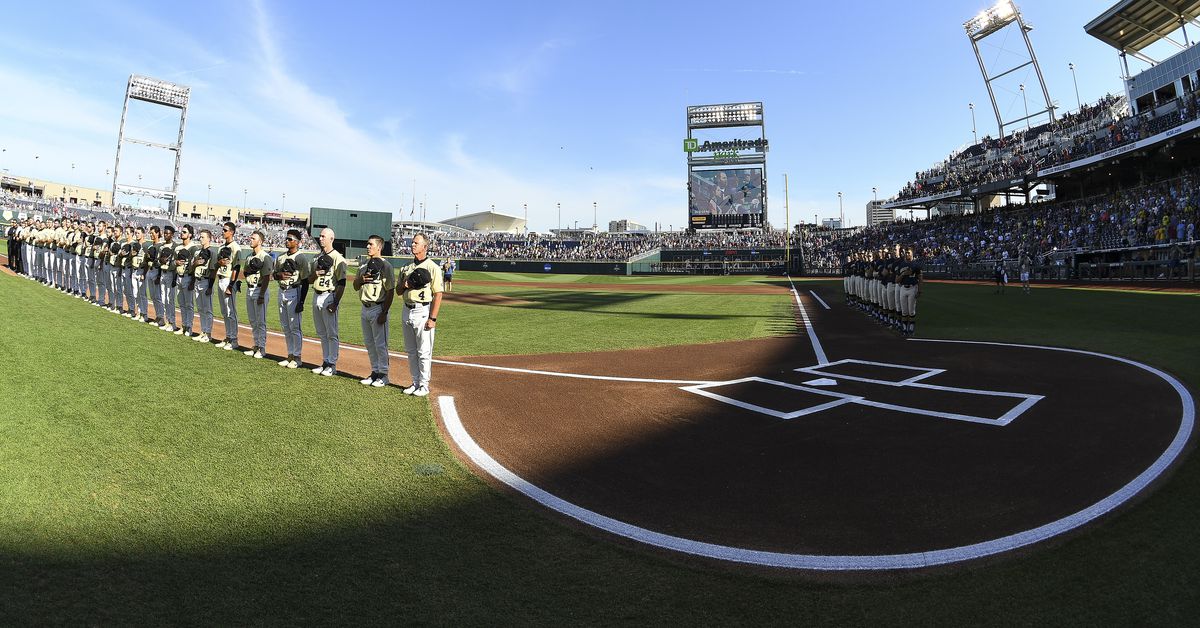 I’ve been a reporter, bulletin board operator, DJ, and official scorer in Division I college baseball for nearly 20 years. And the most common question I’ve received over the years isn’t have I seen a foul bullet smash a laptop (I have)…

Or if the coaches really call upstairs and ask you to switch hit/error calls in the middle of a game (oh you bet!)…

It’s the same question those around the game will get from more casual fans every playoff: “Why isn’t TEAM NAME GOES HERE the home team in today’s tournament game? today?”

Because college baseball has made this process as fair as possible, but the method is a bit murky. The rule of thumb is the team in any tournament that has had the least chance of being the home team relative to its opponent who bats last when these two teams play each other.

But how we get there is a whole other story. Here are the bullet points:

The rest of the “who’s home” rules are in full below, in order of precedence.

1. The institution that has been the home team the fewest times in that particular tournament.

3. If both teams are equal in the number of times they have been home and away, the Games Committee or NCAA Game Representative shall observe the following procedures in the order listed:

a. If the two teams have met before in that particular tournament, the visitor from the previous match will be the home team in that match.

(Exception: if two teams remain where both teams have been the home team twice, the fifth match will be determined by a draw);

b. The team which was away in its previous match will be the home team, unless both teams have been away in their previous matches; Where

vs. If the above procedures do not resolve the issue, the home team will be determined by coin toss. The higher ranked team can determine whether they will call the toss or defer the call to their opponent.

Note: Sometimes an assistant coach is left at the stadium just to watch a draw when his team has already left the stadium for a team meal or the hotel. This person is also usually responsible for scouting the next game, but Coin Flip Coach is one of the least pleasant jobs in all of college baseball. If you’re in the press box at TD Ameritrade Park this week and you see this coach, offer to bring him food from the media catering. I can assure you that you will make a new friend.

Once we get to the CWS Finals, it’s a little easier.

So this is it. @me on twitter if you need more info, but since I’ve been doing this since the old eight-team regionals before 2003, I think I can handle any pedantic scenario you throw at me.

College baseball: where the curveballs hang and equipment managers have to bring about 11 jersey combinations to every playoff stoppage. It’s just the best.