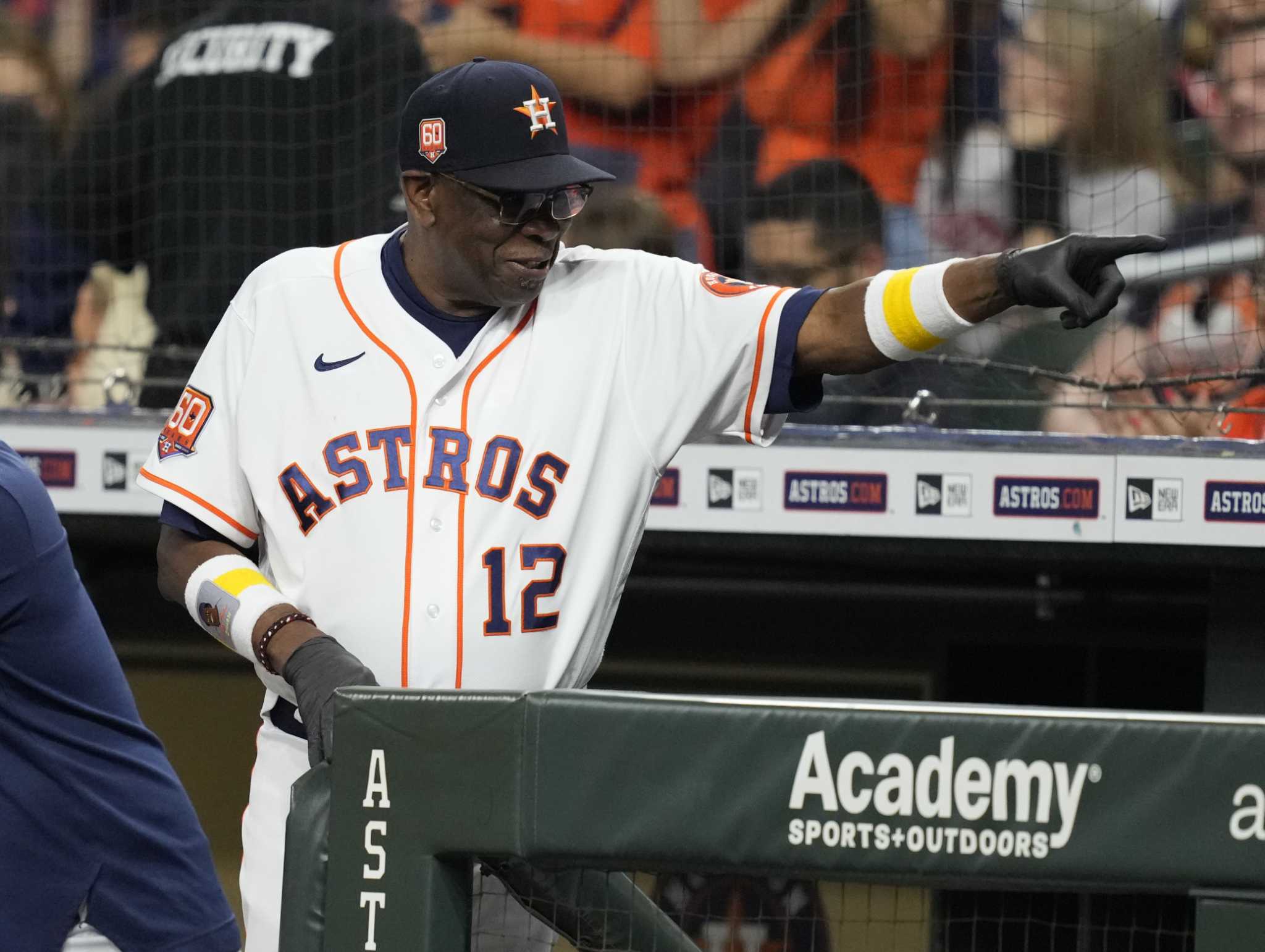 Dusty Baker has a contact for just about any circumstance. His latest is Dave Stewart, a World Series Most Valuable Player suspended for 10 days due to a natural disaster.

Stewart’s Oakland A’s weathered the Bay Area earthquake to complete a sweep of the San Francisco Giants in 1989. Baker, then the Giants’ batting coach, remarked on how fresher and “more prepared” than San Francisco after the 10-day layoff.

No earthquake is expected to rock Houston, but Baker’s latest predicament still shares at least some parallels. The Astros will have five days off between their final regular season game on Wednesday against the Phillies and Game 1 of the American League Division Series on Oct. 11.

Baker and his coaching staff met with general manager James Click and members of Houston’s front office after Sunday’s game to work out a plan for the impending layoff. Baker shared insights from Stewart and other members of this Champion A’s club.

The result of Sunday’s game: three more regular season games that would look more like Grapefruit League contests. Baker said Monday he plans to start his everyday players in all three games against the Phillies and retire them after two or three plate appearances.

The Astros have already clinched the first seed in the American League and can’t catch the Los Angeles Dodgers for the best record in baseball. Without Baker’s desire to maintain “game integrity” amid the Phillies’ playoff pursuit, it’s worth wondering if the Astros would risk playing against their regulars. Philadelphia entered Monday’s game needing a win or loss by the Milwaukee Brewers to earn a wildcard spot.

“We want our starters and our starting pitchers to work, but we also don’t want the guys to not have played for a week or 10 days,” Baker said.

Caution is imperative with the Quintet, especially in games that don’t make sense, but Baker seems reluctant to give them too long a layoff. Baker also needs to be aware of their backups, players who could be pushed into the playoffs in the event of a disaster.

Aledmys Díaz, for example, has just 42 on-set appearances in September. Both Jake Meyers and Mauricio Dubón could be considered for the ALDS list. Chas McCormick and Trey Mancini are mired in miserable September meltdowns and could benefit from more beatings to try and find continuity.

Mancini started Monday in left field, while Meyers was in center. McCormick and Díaz weren’t in the starting lineup, but in the last three games that doesn’t mean much.

Baker said the team will be out on Thursday before resuming practice at Minute Maid Park Friday morning at 10:30 a.m.

“We’re going to have practices, have guys face to face (throwing), take infields and outfields,” Baker said. “We will do as many simulations as possible, but there are some guys who are a bit stoned, so I will try to get them 100% for this final stretch.