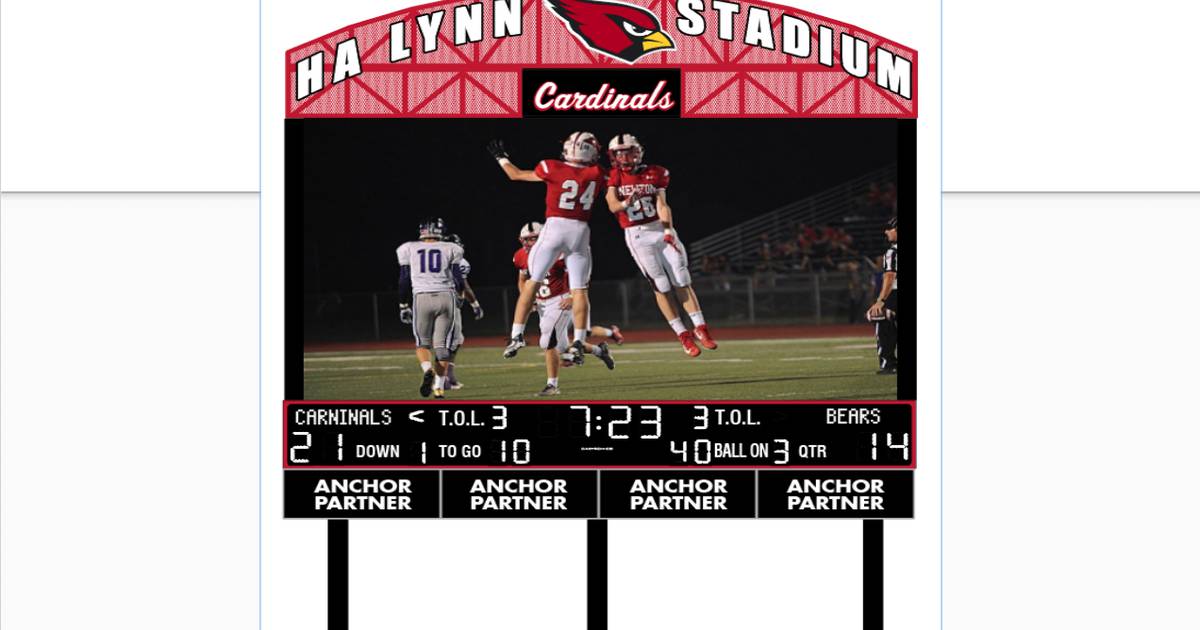 Newton’s sports facilities will see major upgrades in the years to come.

Newton Community School District operations manager Ryan Rump told school board members Oct. 10 that the new, state-of-the-art HA Lynn Stadium scoreboard is expected to be delivered in late January, early February. Until then, the activities and sports department is considering a new location.

“We are currently exploring the option of moving the scoreboard out of the infield and behind the fence behind the track next to the concession stand,” Rump said. “It’s been recommended by a few different people because of the size of the dashboard. It’s going to be a huge dashboard.

By moving the scoreboard away from the infield, it is believed that this could also help alleviate darkness on the track behind the scoreboard. Rump said it affected track encounters that ended in the dark. Pushing the dashboard back could help with the lack of lighting, but the school needs to determine if the location is feasible.

Newton School Board President Robyn Friedman asked Rump if there had ever been any consideration of placing the scoreboard at the opposite end of the field. For people close to the concession stand, seeing the score is impossible. She asked if it was ever possible to move it there. Rump said we never talk about it.

“That doesn’t mean we can’t talk about it,” Rump said.

School board member Liz Hammerly seemed to agree with Friedman, especially if the dashboard has video capabilities. Tim Bloom, director of business services for the Newton School District, said more research with neighboring properties should be done to determine if this location would be viable.

Rump hopes to have the scoreboard beams installed after the football season, before colder temperatures set in and freeze the ground.

“That way when the dash arrives we can just hang it up and be ready to use it for the spring season,” Rump said. “That’s kind of the point here.”

Over the next month, Rump intends to work with consultant and former athletic director Scott Garvis to create an ad opportunity plan based on what the scoreboard can do. While there’s no “instant replay” feature, Rump said it would be a massive improvement. Imagine a giant television screen, he said.

So far, the committee responsible for building the new baseball field has met twice with the district’s architectural firm to make decisions on the layout. The field should be located across from the softball field near HA Lynn Stadium. The field is valued at around $2.75 million.

The direction of the turf is still being decided. It’s a “big question mark” at the moment, Rump said. Committee members visited two fields last week to get a first-hand look at the different surface options and to ask questions. Rump said the committee has yet to decide which brand and supplier to use for the turf.

Rump said he and school board member Ray Whipple worked with the committee to mark out two courts with different brands of playing surfaces. Those are both good options, Rump said. Whipple agreed but had his own preference.

At this point, the school informed the City of Newton that it planned to use the Woodland Park land for an additional season while the district awaits construction of the new diamond. Last year, the municipal park baseball field was badly damaged by a tornado. The city temporarily repaired the land.

The project will go out for tender on October 25 pending school board approval.