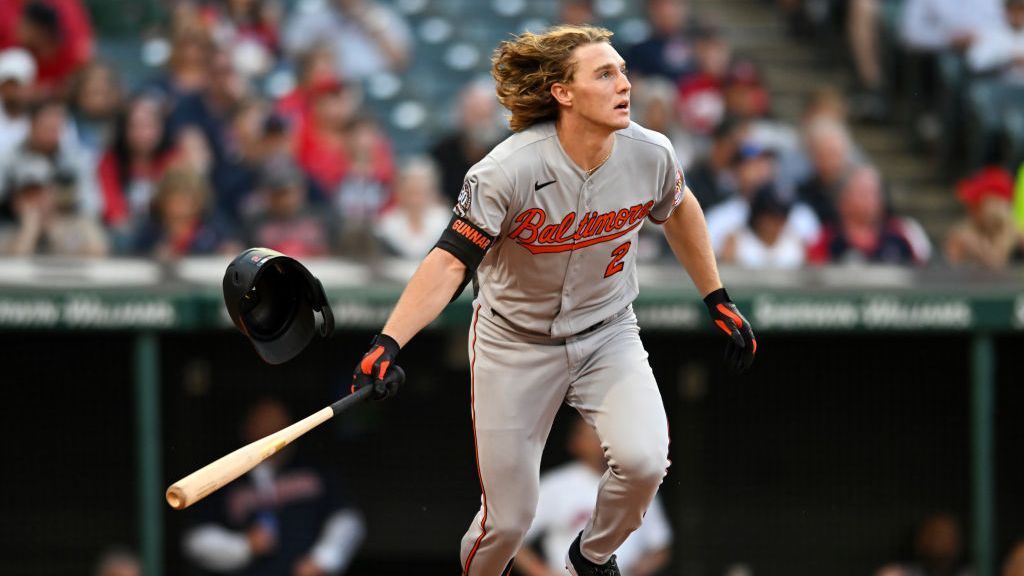 What a major league debut for Gunnar Henderson.

The Baltimore Orioles phenom – recently ranked No. 2 in all baseball by Kiley McDaniel – was called up to the major leagues on Wednesday, with the team even film his reaction since he was informed of his promotion. It’s a well-deserved raise for the 21-year-old Henderson, who has hit .297/.416/.531 between AA and AAA this season, with 19 home runs and 22 stolen bases.

Then, in his second career at bat, Henderson absolutely pitched on a slider by Cleveland Guardians pitcher Triston McKenzie, sending him about 429 feet to center field for his first career hit and first career home run.

The best part? Henderson’s helmet completely fell off as he swung, leaving what Jeff Passan called his “glorious lettuce” flapping in the wind.

It’s a good time for the Orioles in terms of young talent. In addition to Henderson’s stellar start, former top prospect Adley Rutschman had a stellar first season behind the plate, batting .250/.358/.436 and posting a 3.7 WAR. The Orioles are just three games away from a wildcard spot in the American League, and their young players could put them above that.