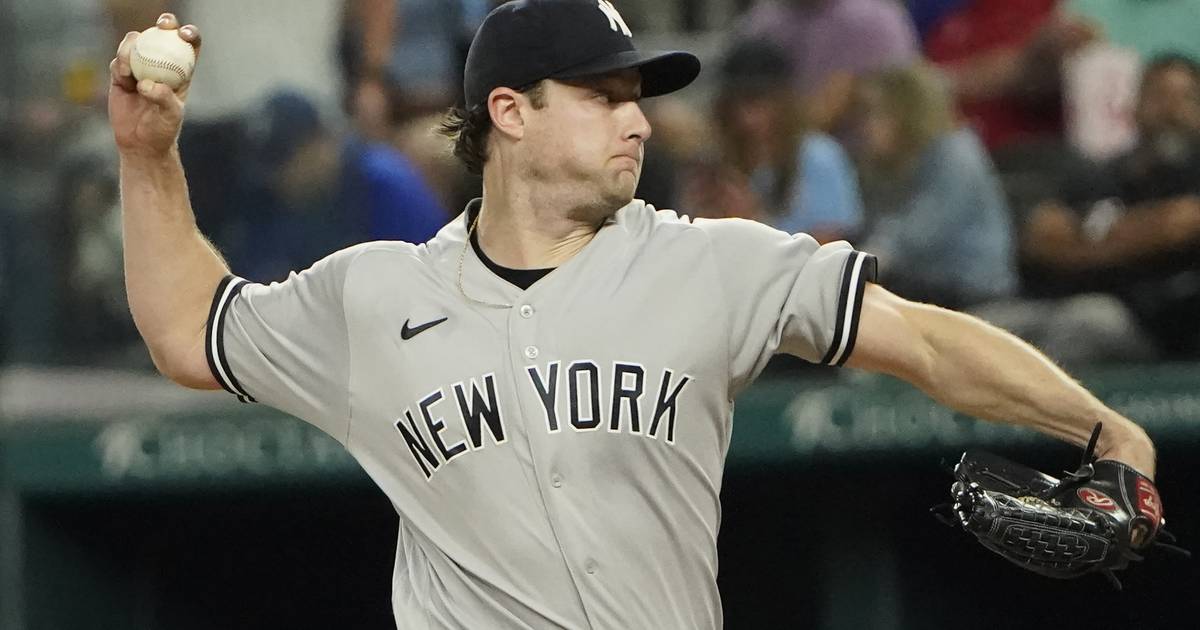 ARLINGTON — In his final start of the regular season, Gerrit Cole struck out nine to break the Yankees single-season strikeout record — and gave up his career-high 33rd homer of the season.

He also took the loss as the Bombers fell to Rangers 3-2 in the final drink of the split doubleheader at Globe Life Field.

Cole’s first strikeout against Nathaniel Lowe was his 249th of the season, surpassing the 248 Ron Guidry racked up in 1978. Cole finished with nine punches on the night and 257 on the season.

Cole allowed three runs on six hits, including the two-run homer to Leody Taveras that gave the Rangers a 3-2 lead in six innings of work. The homer came after third baseman Josh Donaldson threw the ball to the ground from Sam Huff, allowing him to reach on an error. It’s been a frequent theme with Cole this season, giving up a home run after an error or call that he feels went against him.

Of his 33 homers allowed this season, it was the 20th that either broke a tie or cost the Yankees a lead. It was the 12th homer Cole allowed in his last eight starts.

Cole’s next scheduled start will be in the American League Division Series. The Yankees will face the winner of the AL Wild Card Series between the Tampa Bay Rays and the Cleveland Guardians.

He finished the season 13-8 on the year.