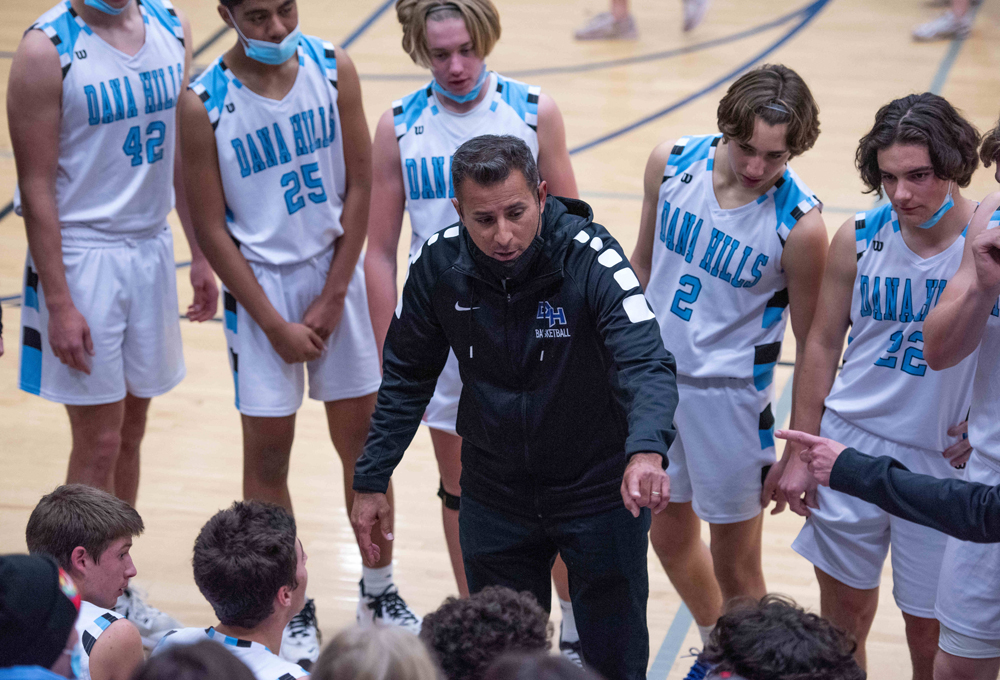 Teams play their best in the playoffs, which is the best time to do it.

The Fullerton boys’ basketball team is one such team.

The Indians finished third in the six-team Freeway League with a 5-5 league record. They have lost their last two regular season games, league losses to Troy and Sunny Hills.

Fullerton opened the CIF-SS playoffs with a 58-49 victory over Garden Grove League champion Santiago, beat Rio Mesa 59-39 at home in the second round and earned a quarter-final home victory against the champion Rio Mesa.

In Tuesday’s semi-finals, Fullerton traveled to face No. 1 seed Artesia, the 605 League champion who was 26-5 and had a great history with the likes of James Harden and the O brothers. ‘Bannon, Charles and Ed.

“We knew Artesia was good,” Fullerton third-year coach Erik Kamrath said. “There’s a lot of basketball history in this school and it’s hard to get into it. I looked at our kids’ faces and saw that they weren’t scared.

The Indians train as hard as they play.

“Our work ethic is through the roof,” Fullerton junior point guard Christian Hubbard said. “We focus on the little things like boxing every possession, making the right pass, talking defense. We’ve got talent, but we’re not incredibly talented, so we have to do those things well.

“There’s a reason they’ve come this far,” Kamrath said. “They didn’t get there by accident. They know what they need to do to be successful and they do it well.

What sounds like Kamrath is talking about his own team.

• Western, led by senior guards Ahmad Hammouri and Jameson Labasan, will make their CIF-SS Men’s Basketball Championship debut on Friday in the 4A final at Dos Pueblos in Goleta. Western manager Marc Harrison felt his side could do something special with their 56-47 first-round win over Chadwick, a team that beat Western 53-35 at the Bolsa Grande tournament in December . “We turned that 18-point loss into a win by ‘getting up’ in the other team’s faces and playing good defense,” Harrison said.

• The CIF-SS office has sent each school participating in a boys’ or girls’ basketball championship game a link to purchase game tickets on GoFan.co so that schools can, if they wish, provide first access tickets to team members’ families, students and others in their school communities.

• Friday will be a busy day at JSerra. The Lions boys soccer team play at home against Servite in the CIF-SS Division 1 Championship game at 5 p.m. BallySports.com will broadcast this game live.

• Servite swept both of its Trinity League soccer games against JSerra. The Brothers won 4-0 at Servite, 3-1 at JSerra.

• The Sunny Hills men’s soccer team takes on Norte Vista at Ramona High on Saturday at 5 pm in the Division 3 championship game. Sunny Hills have won 13 of their last 14 games.

• Orange County has several contenders who could win medals at the CIF State Wrestling Championships this week, including El Dorado runner-up Isaiah Quintero at 106 pounds. Quintero could see Gilroy rookie Isaiah Cortez in the final. Cortez and Quintero are familiar foes, having battled each other and worked together in the offseason.

• The Orange Lutheran baseball team, ranked No. 6 in the nation by MaxPreps.com, captured the Prep Baseball Report Preseason Invitational championship with a 12-1 victory over Yucaipa on Saturday. The Lancers’ other tournament wins were against Gahr 2-1, Ayala 4-3 and Huntington Beach 5-0. The tournament had “Pre-Season” in the title, but those games count towards regular season records.

• The National Federation of State High School Associations reported this week that a survey of state high school associations shows approximately 50,000 people have ceased to be high school officials since the 2018- 2019. Orange County umpire pools have also seen reductions. If spectators who complain about officials show up to join an officials association to show how much better they are at officiating, the shortages would end.