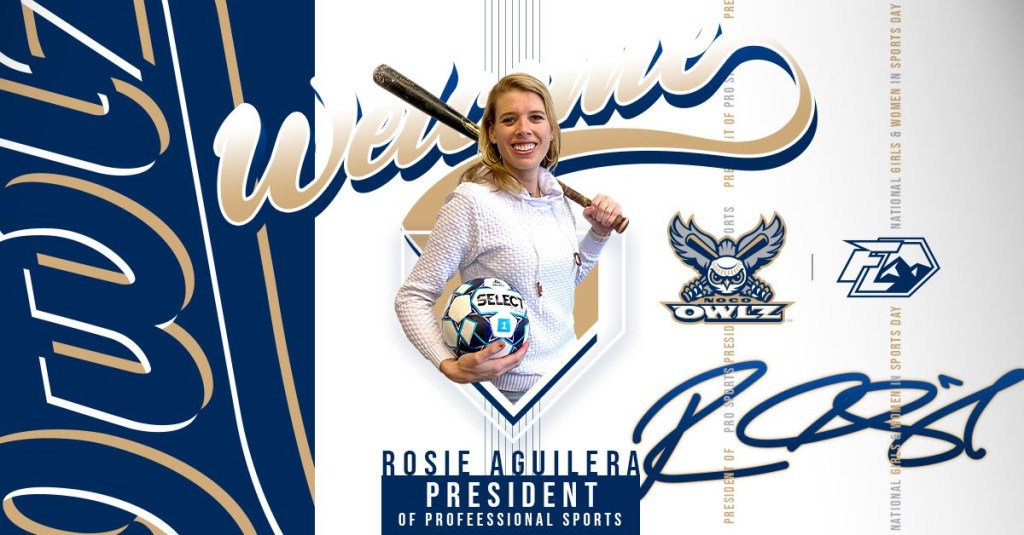 The first Latina president of a professional baseball team will move to Windsor, the Future Legends Complex announced Wednesday, on National Day of Girls and Women in Sport.

Rosalind “Rosie” Aguilera will serve Future Legends as President of Pro Sports, overseeing the Northern Colorado Owlz and Northern Colorado Hailstorm Football Club. The club said Aguilera would be the first Latina to lead a professional baseball organization, and that she is one of the few women to hold leadership positions.

“This is an exciting opportunity for me to take everything I’ve learned and apply it as an executive at a professional level,” Aguilera said in a statement. “It’s exciting to be part of new franchises and to build championship teams made up of players who are good humans on and off the pitch. I’m excited to be able to make an impact and lead the way to more. other women who might want to become executives in professional franchises.”

During her time with the program, Aguilera wrote grants, raised funds, managed the team’s budget, and worked with donors. She said time has taught her how to use money effectively.

In this position, Aguilera will help guide the Future Legends teams, working to build a strong relationship with players and community members.

“Rosie is unique in that she has experience in football as a player and administrator, and in a professional baseball front office,” said Jeff Katofsky, co-founder of Future Legends Complex. “We are so lucky to have someone like Rosie, whose experience and, just as importantly, heart, will take Owlz and Hailstorm to such high levels of performance and fan experience.”