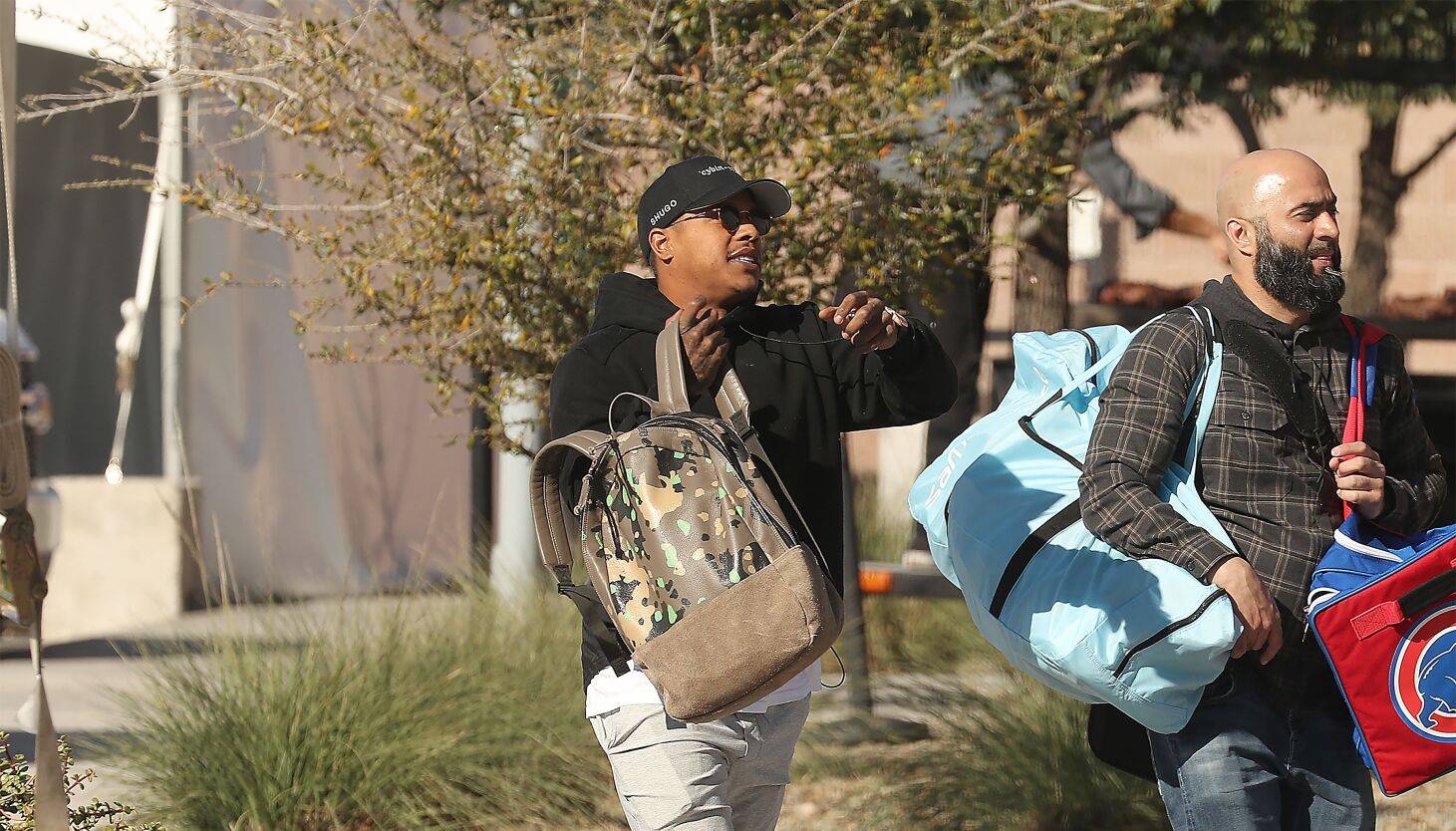 MESA, Ariz. — Cubs manager David Ross was shopping for dresses when he learned baseball was returning.

He and his teenage daughter Landri had a party coming up, so he took her to the mall on Thursday. It was then that the players’ union voted in favor of the owners’ latest proposal and the owners ratified the new collective agreement.

Landri went into the locker room to try out some options, and Ross started sending individual texts to each of his players.

“Willson Contreras texted me back, like, two seconds later,” Ross said Friday. “He’s ready to go. I think all these guys are ready to go.

Finally, after a 99-day lockout, MLB managers and coaches could contact their players, front offices could sign free agents, and spring training facilities could welcome major leaguers back.

Happ, the team’s union representative, was the link between the players and the collective bargaining process.

He broke the news to many of them on Thursday with a message to the group chat: We got the vote.

Happ, on the other hand, took a deep breath.

“For the first time in six months,” he added.

Happ entered the week with “cautious optimism”, he said. But that had been the case for several weeks, and a deal remained out of reach.

As the process progressed, Happ questioned his teammates on collective bargaining issues with the help of pitcher Scott Efross. This week, several Cubs praised Happ’s diligence in keeping them informed.

“We were able to get a really good sense of where we were yesterday,” Happ said, “and then just able to sort of check in the last few hours to make sure everyone was on board. And we we were all together on it.

Happ voted to accept MLB’s proposal. He said he was most proud of the progress made in terms of paying young players.

“I think that says a lot about the unity of our group and the trend of the game,” Happ said.

“For me and for people who aren’t at that level yet, it means a lot,” Hoerner told The Sun-Times this week. “And there’s so much talent in this game, it’s a shame we’re running out of time [in spring training]. But knowing it’s for a good reason, it’s worth it.

There are still a few creases to iron out.

Although the CBA sets a limit of 26 players (28 in September), with a maximum of 13 pitchers (14 in September), expanding the roster early in the season remains a possibility. When asked if he thought expanded rosters were needed to start the season, Happ replied, “We’ll see.”

“We had an example of that in 2020 that probably helped,” he said. “Certainly from a pitching perspective, to make sure guys are healthy, there’s a case for that.”

Teams have been wading through the free agent market not knowing exactly what the rules will look like to start the season. Notable signings Friday included pitchers Clayton Kershaw (Dodgers) and Carlos Rodon (Giants).

With their first post-lockdown move later in the afternoon, the Cubs agreed to a one-year contract with shortstop Andrelton Simmons,

Cubs president of baseball operations Jed Hoyer and general manager Carter Hawkins could be spotted zipping around the spring training complex in a golf cart. But most of the time they were in their offices, making calls and doing business.

“You want to get the guys to camp as quickly as possible,” Hoyer said before the first reports of Simmons’ signing emerged. “Not all of these deals are going to happen right away, but that’s definitely the goal.”

It will be a more eventful spring training than most. But the excitement was palpable. Baseball is back.