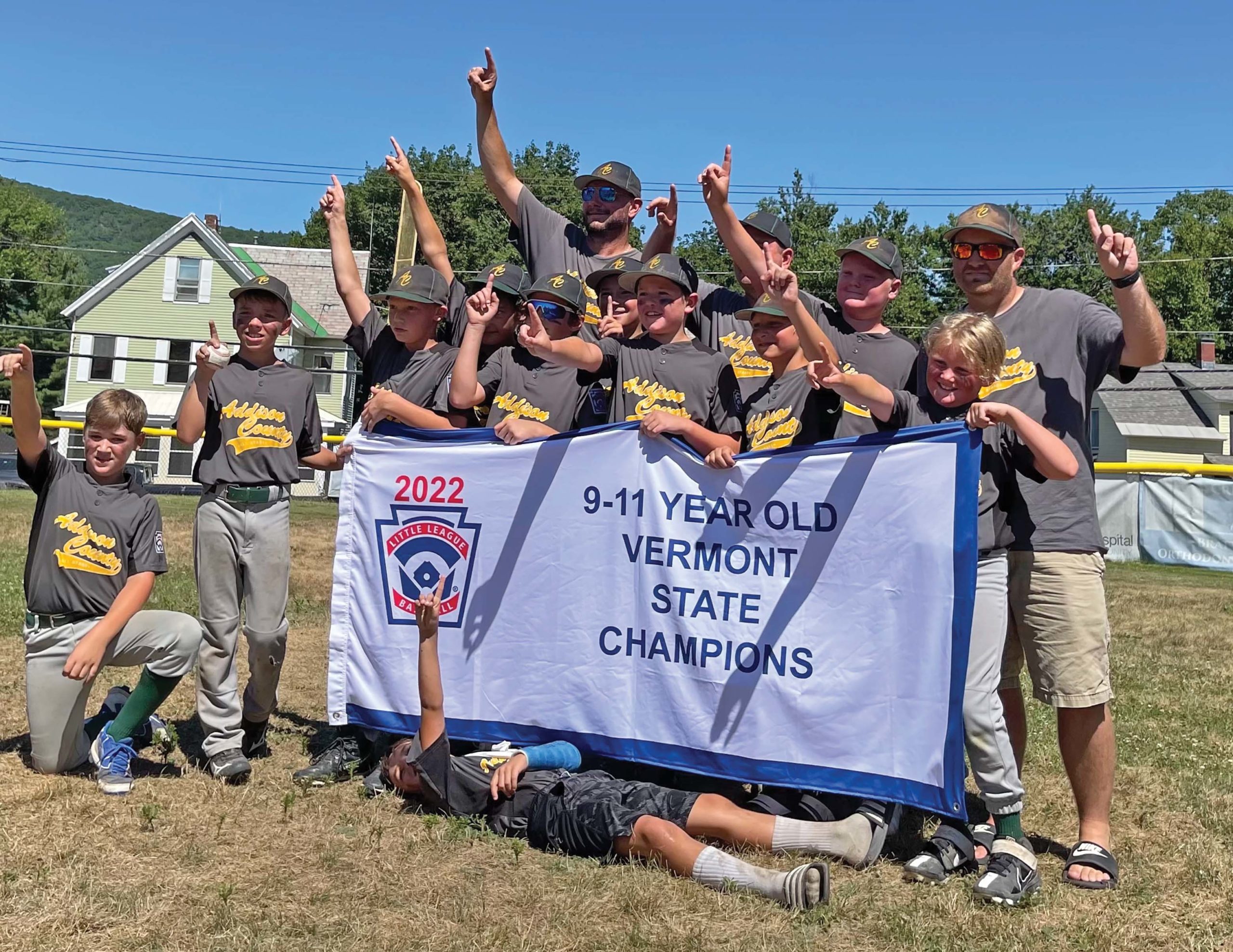 The AC 9-11 team will next play in the New England/Mid Atlantic region, with the team’s first game scheduled for August 1 against Washington, DC in Beverly, Mass.

On the weekend of July 16-17, AC defeated Champlain and Lyndon to reach last Saturday’s state championship game as the only undefeated team in the four-team tournament. Brattleboro had to beat AC twice to win, but AC took care of business on Saturday.

On Sunday July 10, AC ended their successful run in the District 1 tournament by defeating Shelburne, 13-2, in a win-win final.

AC have won three games in a row while facing elimination in this tournament, including knocking out Shelburne in the final.