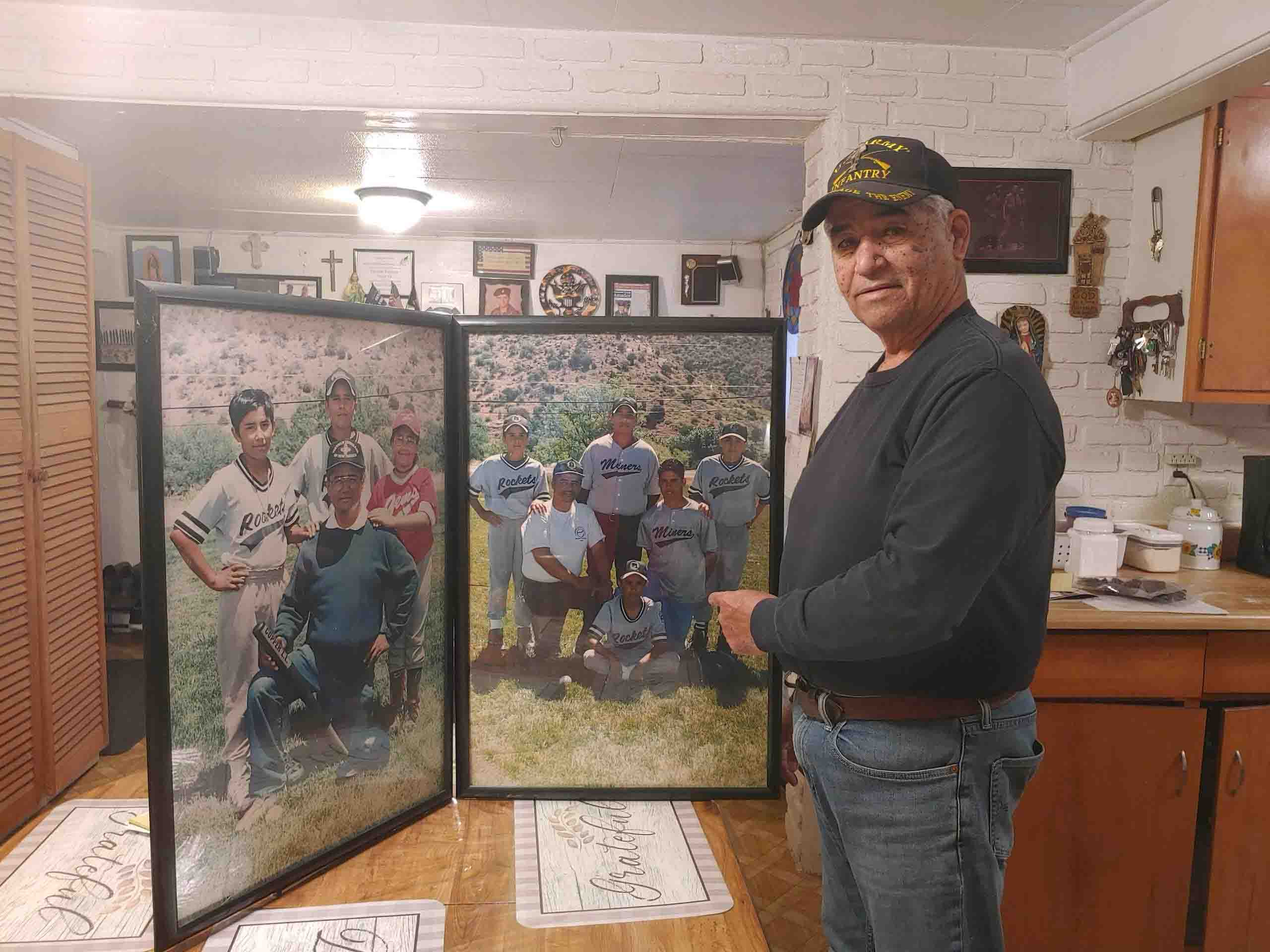 This year, the mining district’s Copper Little League is planning a ‘rollback’ season, in which the original team names will make a return – as part of an effort to boost participation and attendance for the summer youth baseball now that many pandemic restrictions have been lifted.
COVID has slowed things down for the league in 2020, and last season also got off to a slower start than usual, with fewer registrations and fewer fans heading to games. Copper Little League President Ralph Jimenez hopes the move will help rekindle community involvement in the league.
“After last year’s season, we were kind of thinking – hey, we need to do something that’s going to get everybody re-engaged, or reinvigorated and re-interested in Little League. “, did he declare. “One of our board members said, ‘Hey, why don’t we take a step back? Let’s kind of go back to basics and get away from all the flashy stuff. eye and all the cutting edge stuff. just do something that will bring nostalgia to our older fans.'”
The league dates back to 1954 and was Bayard’s first Little League effort. Players and coaches say they are delighted to see the name of their original team reappear this year. Among them are the LL Rockets, T-Birds, Aces, Miners, Leprechauns, Beep-Beeps, Blue Jays, Lobos and Tigers.
Bayard resident and new city councilwoman Frances Gonzales played softball for the Leprechauns and Beep-Beeps in the ’70s. She enjoyed her time in the league, she said, and holds all the memories very close to his heart.
“My last game with the Beep-Beeps, we had our uniforms changed, and they were pretty cool,” she said. “We were one game away from winning all season – I think it was the overall champions for the girls. We were one out, and I’ll always remember Arelene had a really good steal to center field, and I caught it – it ended the season and we won. I will always remember it. »
There’s no doubt that baseball has been the heart of the Bayard community, and love has always played a huge role in the league. Armando Amador ran concessions and coached during his time with the organization, and he and his wife helped feed the kids at games so they wouldn’t come home hungry.
“We became responsible for the concession stand, and from there we grew and grew,” he said. “Our main goal was to give something to the kids, so they could enjoy the league and play.
“We decided to do tacos at the concession stand, and we mixed it up a lot. People liked what we were doing and started donating, so we kept going and going,” Amador continued. “You saw kids coming right after school, so you offered them something. Then we decided we’d give them a free hot dog and soda if they were going to pick up all the foul balls that were coming out of the fence, and we kept doing things like that.
Amador’s son Adam – who now works as a school principal in Lordsburg, as well as broadcasting Cobre High football games for Daily Press Sports Live – grew up around baseball his whole life and said playing was the highlight of his childhood. He also advertised, refereed and did various other jobs to support the organization, starting when he was 7 years old.
“You talk about the definition of community – anyone who’s left this place knows it’s that smell of hot dogs and nachos that will get you there,” Adam said. “I think it was the center of the world from March to July here in Bayard. People go to Little League games to eat, hear the announcement and watch the games. Growing up, friends or relatives who didn’t live here knew that to reach someone in our family in that part of the block in Bayard, you had to go to one of the fields. It’s just how big it was.
Jose Diaz served as the league’s president in the early 2000s, and his involvement and efforts with the organization helped keep it alive. As a result, he said, he recognizes the importance of community to the success of the league.
“The way the community would come out – the outpouring of support, and without me even calling they would come in and help rake the fields,” he said. “After games, they would come and help clean up the park, get it ready for the next day and hang out between games. Then we would sit down and say it was a good tournament today, it was a good day – what can we do better and how can we improve on that? »
Diaz said he believes Copper Little League has a strong program — and that the program will lead to success for young people in the community.
“Our high school baseball players started at T-ball,” he said. “They started with good training and good coaches – these players are moving forward and even further.
“Everything you learn in baseball just doesn’t have to be applied in baseball – it can be applied in any other sport or even life skills,” Diaz continued. “It teaches you how to win and lose as a team, and you learn from your mistakes.”
To get involved in this year’s nostalgic baseball season, visit clubs.bluesombrero.com/copperll. Players must register online by March 5 or they will be charged a late fee of $20 per player.
Jordan Archunde can be reached at [email protected] press.com.