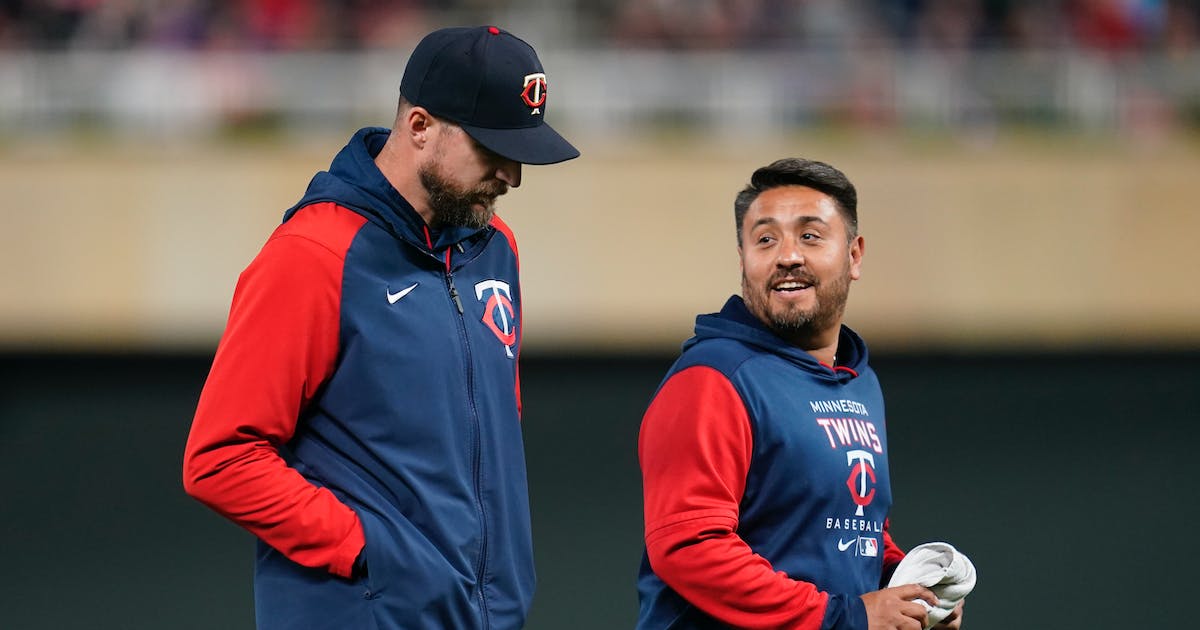 Change in coaching staff could be the Twins’ biggest offseason move

It’s no surprise the twins decided to pass from head coach Michael Salazar after a season in which they finished second in the American League in number of players on injured reserve and days missed due to injury.

But that means yet another search to upgrade the training staff.

Salazar’s departure is the latest development for a club that continues to search for the right mix of medical and performance staff to better serve the Twins players. Communication breakdowns and personality clashes factored into the decision to part ways with Salazar, but the Twins are taking this time to consider everything – yet again – after the club used the injured list 48 times this season.

There has been a revolving door of staff members going in and out of 1 Twins Way over the past few seasons. Some opted for different challenges. Some just weren’t good.

The next head coach the Twins hire will be their fourth since 2016.

Beginning in 2018, the Twins went from one to two assistant coaches. One, Masa Abe, remains in the staff while the other, Matt Biancuzzo, is now with the Angels.

Longtime rehab coordinator Lanning Tucker left after the 2017 season. The twins honed the title of physical therapist but have been in their third person in the role since then.

Ian Kadish was successful as director of strength and conditioning when he was named to the role in 2019. Now he also oversees the minor leagues, which requires time away from Target Field. Kadish connects well with the players and his absence is felt. His assistant for two years, Andrea Hayden, was Major League Baseball’s first women’s strength coach, but she opted to leave for Stanford and a job as an athletic performance coach.

The twins have even changed dietitians and nutritionists in recent years. Revenue is expected, especially as Derek Falvey took over baseball operations after the 2016 season and sought to modernize departments. Finding stability has been a challenge. Yes, the Twins need better players. But the ones they have must be healthy.

Players are noticing these changes. It’s hard enough for teams to ensure their medical and performance staff get the best out of players when players have their own coaches and agents have preferred doctors whenever there’s a problem.

Dr. Chris Camp was hired in 2020 as Medical Director and High Performance Director, to oversee what happens in the coaching room and gymnasium. He’s had time to assess this setup and needs to figure out what’s needed to keep the medical and coaching staff on the same page and the players in the roster.

It would be nice if the Twins added a starting ace or kept Carlos Correa. But what they really need is to keep their players healthy.

Waiting for a full game

The Vikings are 5-1 and haven’t played a full match. This makes them dangerous.

There are plenty of teams across the league – like some of these 10 teams that entered the week 3-3 – lamenting a few games that led to one-score losses. The Vikings don’t have to do that.

Do you remember a year ago when the Vikings defense came under scrutiny in the last two minutes of every half? They have given up just 26 points in those situations this year.

They were also pretty tight, beating opponents 51-27 in the fourth quarter, with late wins over the Lions, Saints and Bears.

If a 5-1 team’s biggest problem is not playing a full game, that’s a good problem to have. Eventually, self-scouting first-year coach Kevin O’Connell must shoot a full 60 minutes from his group. Imagine what that might look like.

After barely reaching the playoffs due to a second-half slip-up, Minnesota United fell in the first round of the playoffs in Dallas. Now the Loons enter an offseason with a roster that needs work.

Midfielder Emanuel Reynoso, handyman Robin Lod and goalkeeper Dayne St. Clair are the most important Loons for next season. Defender Kemar Lawrence and striker Luis Amarilla — the mid-season version of Amarilla, not the impostor who forgot to score late in the season — aren’t far behind. The rest of the list, aside from a healthy Hassani Dotson, needs to be looked at. More importantly, the aging backline, where 30-somethings Michael Boxall, Bakaye Dibassy and Brent Kallman reside, needs an infusion of young talent. The Loons shouldn’t be a breeze next season, but they need some improvement.

No more “Wonderwall” this season, but the World Cup is only four weeks away.

Savage, turn around on the road

Expect the Wild to go 3-1 for the rest of their five-game road trip this week. They will beat Montreal, Ottawa and Chicago as they stiffen up defensively.

The Gophers football team will win its next four games against Rutgers, Nebraska, Northwestern and Iowa before losing the trophy to Wisconsin.