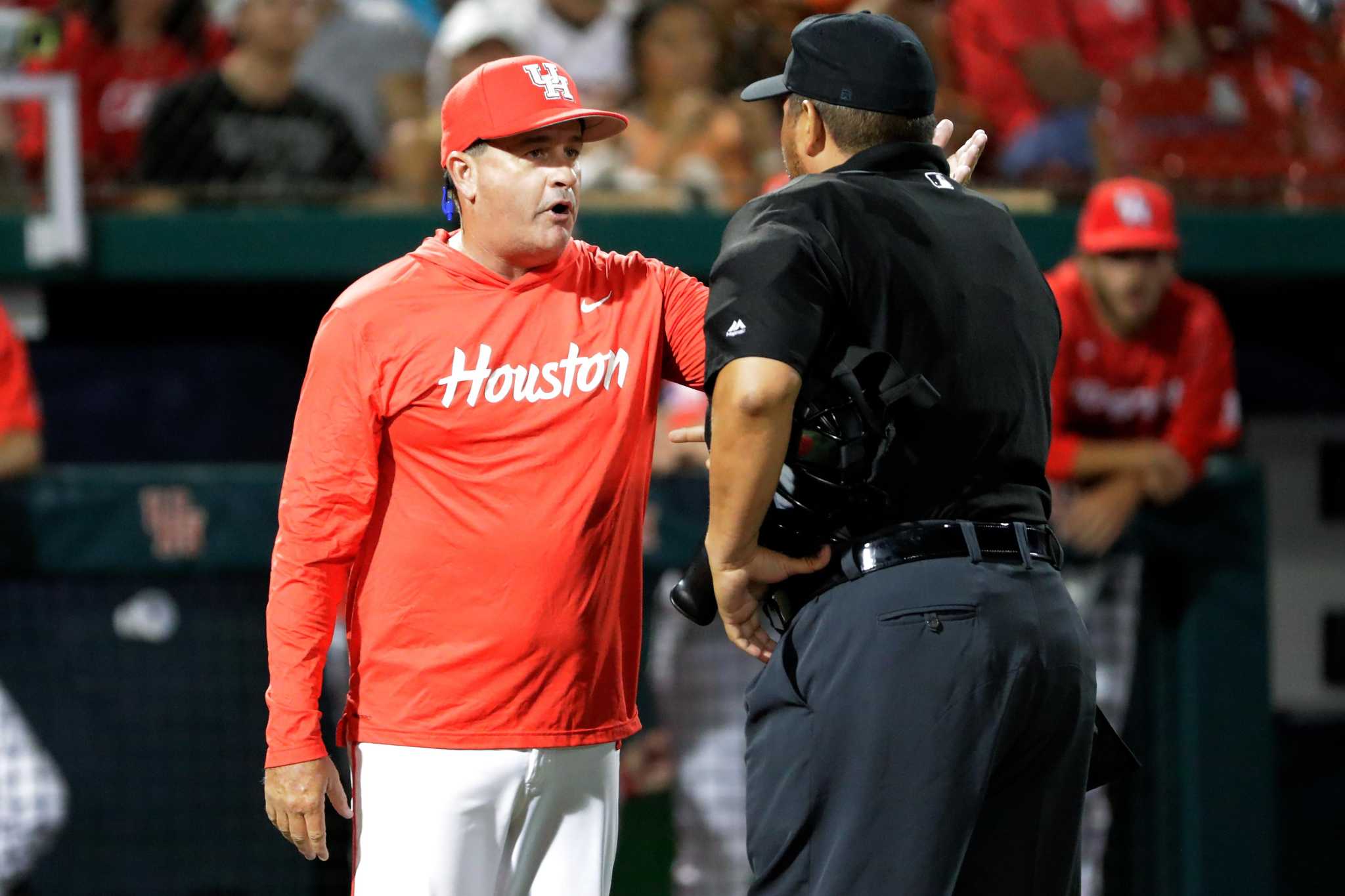 After getting used to comebacks this season, the University of Houston had no answer for an old Sunday foe.

The Cougars’ baseball season ended with a 6-1 loss to East Carolina in the American Athletic Conference Championship Game at BayCare Ballpark in Clearwater, Florida.

After 22 comeback wins this season — including two in the final batting game of the conference tournament — the Cougars’ bats fell silent as the Pirates wrapped up the regular-season and tournament titles.

ECU (42-18) extended the nation’s longest winning streak to 18. The Pirates, who are in position for one of the top 16 national seeds, swept the Cougars in a three-game series to finish the regular season and have won six in a row in the series dating back to 2018.

The Pirates chased UH starter Logan Clayton, who worked hard for a 33-pitch first inning. Nine of those pitches came in a battle with Pirates cleanup hitter Jacob Jenkins-Cowart, who smashed the last pitch onto the left-field wall for a three-run homer.

UH finished the season with a 37-24 record, an 18-win improvement from 2021. With an RPI in the 70s, the Cougars entered the week needing to win the conference tournament to qualify for the NCAA Tournament for the first time since 2018.

Cameron Nickens had three of UH’s six hits in the game, including an RBI single in the seventh for the Cougars’ lone inning of the game. It was a stark contrast to the previous four games of the AAC Tournament, where the Cougars averaged nearly nine points behind a top of the order.

“It’s disappointing,” UH coach Todd Whitting said. “It’s just one of those teams where you think it’s going to work for them, the magic that we had here last week and throughout the season.”

Whitting said he could see the fatigue setting in before Sunday’s 11 a.m. start after the Cougars faced Central Florida for two games in Saturday’s semifinals. UH lost Game 1 in 10 innings and needed Ryan Hernandez’s three-run homer in the ninth to advance.

“They were tired,” Whitting said. “You saw it in our bats. Bats were a little slow all day.

Trailing 3-0, the Cougars threatened with runners on first and third in the second inning. But an attempted double steal ended in a void as Nickens was sent off in second and Ian McMillan was home to end the inning. ECU retired the next eight batters in a row.

“I thought that was a great call. We should have missed it,” Whitting said. “It was reviewed – and they made the decision – but I thought we were safe at home plate. And I thought we also had an obstruction call.

I don’t think we’ve ever seen a double steal where both runners got kicked out pic.twitter.com/l18PYl9ZN9

UH’s only other threat came in the fifth when Nickens and Samuel Benjamin had back-to-back singles. The Cougars came away empty-handed when Brandon Burckel hit while swinging. After setting a program record with nine homers in the previous four games of the AAC tournament. UH had just two extra hits (both doubles) on Sunday.

Whitting is optimistic the Cougars are heading in the right direction.

“The future is bright for the University of Houston,” he said.