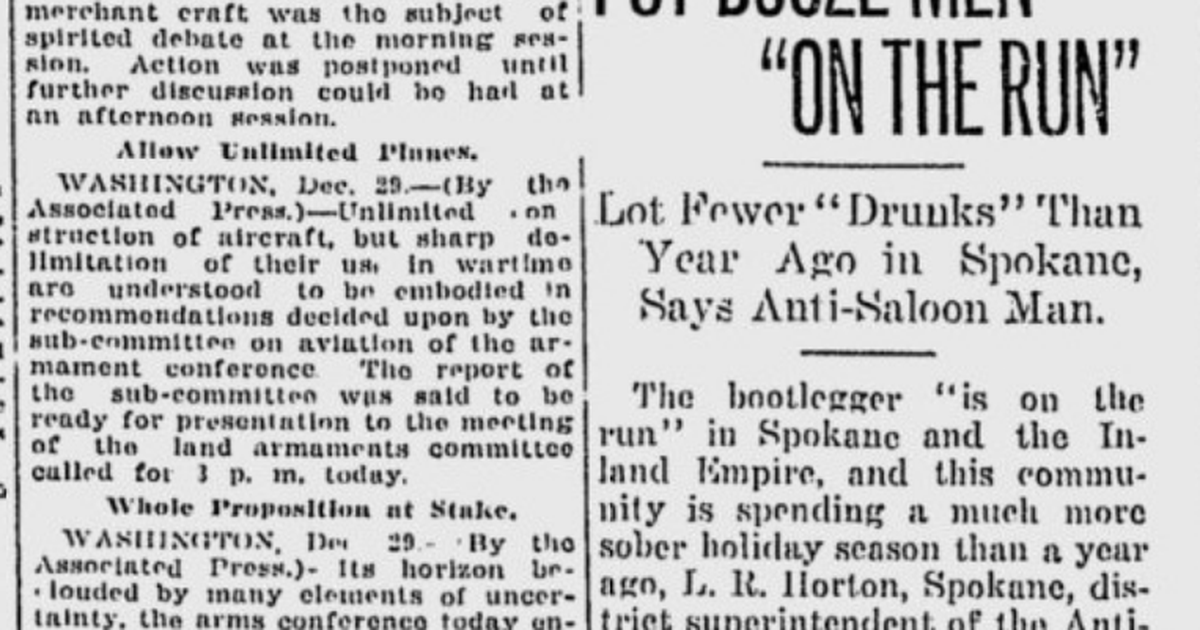 100 years ago in Spokane: Anti-Saloon League declares Prohibition a success in Spokane

LR Horton, district superintendent of the Anti-Saloon League, said drunks and smugglers were “on the run” in Spokane.

“Last holiday season there were a lot of drunken men, but it’s different this year,” he said.

And what was it based on?

“I looked around the streets, saloons and pool halls, but didn’t find a lot of drunks,” he said.

Maybe he needed to look a little harder. Law enforcement officers had more work than ever before. They raided stills and caught smugglers every day. The police court was littered with cases of public drunkenness.

What about private drunkenness? Who knows how ubiquitous it was?

Perhaps Horton was indulging in a little wishful thinking. The Anti-Saloon League had been a major proponent of Prohibition, and no doubt they wanted to portray it as a smash hit. Even Horton, however, admitted that there were still some pockets of resistance to Prohibition.

“I expect to spend a lot of time in Ferry County, where alcohol is ubiquitous and where, I understand, there are challenges to enforce the law,” he said. “I have yet to find a place where the law cannot be enforced.”

The league was pushing for prison terms instead of fines for those arrested.

“A prison sentence cures most smugglers,” he said.

Also on this day

(From the associated press)

1940: During World War II, Germany dropped firebombs on London, triggering what has been called the “Second Great Fire of London”.

Rick Wright: Inspiring Lobo’s Women’s Team Is The Best Story Of A Tough 2021